How is Queen Elizabeth celebrating 70 years of rule?

As Britain gears up for a four-day break from June 2 to June 5, and celebrate with palace trips, pudding competitions, live concerts and street parties to mark 70 years of Queen Elizabeth II on the throne, here's everything you need to know.

Queen Elizabeth II will be celebrating a new record on February 6, 2022. A record that is new for both the Queen and Britain, is that of the Queen completing 70 years on the British royal throne. As she becomes the longest ruling British monarch EVER, Britain is gearing for a massive celebration to mark this milestone.

WHAT IS BRITAIN CELEBRATING

On February 6, 2022, Queen Elizabeth II will become the first British monarch to celebrate a Platinum Jubilee. The last monarch who came close to this record was Queen Victoria, who ruled for 63 years and was the longest reigning monarch; but that was till Queen Elizabeth II made it to September 9, 2015. Queen Victoria was the great great grandmother of Queen Elizabeth II; so it looks like living and ruling for long number of years runs in the family's genes.

Until 2015 Queen Victoria was the longest reigning British monarch in history, reigning for 63 years, 7 months and 2 days. Our current Queen - Elizabeth II - surpassed the record on the 9th September 2015. pic.twitter.com/FPt6iTgkXN

Elizabeth II succeeded to the throne on February 6, 1952 when her father, King George VI died. Elizabeth was in Kenya at that time and became the first monarch in over 200 years to accede while abroad. While she ascended the throne in February, she was officially coronated on June 2, 1953, at the age of 27. 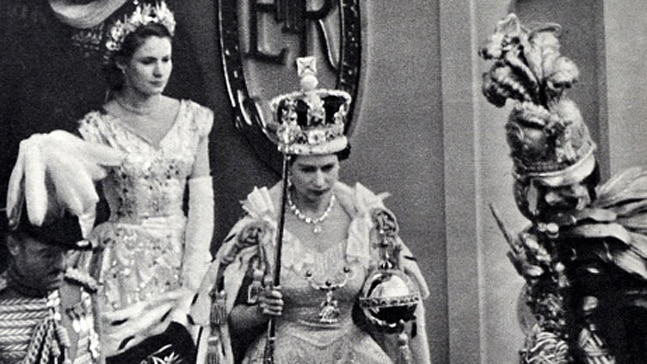 So, what's the deal about the second birthday? King George II started a tradition during his reign where the King wanted to have a big, public celebration on his birthday. But since his actual birthday fell in late autumn, the weather wasn't suitable for such kind of celebrations. So, the king decided to celebrate his birthday on the second Thursday of June and this was combined with another tradition called "Trooping the Colour" parade, that was a military affair celebrated in summer.

The Queen continued the tradition and picked the same date, the second thursday of June, to celebrate her official birthday as it was also her father King George VI's birthday. But the Queen changed the dates 7 years after ascending the throne, and her Golden and Diamond Jubilees were celebrated in the first week of June. This official birthday is celebrated mainly with the tradition of Trooping the Colour.

WHY IT'S A BIG DEAL

Though this this jubilee year will be a new record for the Queen, it will also be her first without her husband, the Duke of Edinburgh Prince Philip, who died in April 2021. In her Christmas Day message in 2021, the Queen mentioned about her beloved Duke and how she was gearing for Christmas without him and her birthday celebrations starting in February.

HOW WILL PEOPLE CELEBRATE THE OCCASION?

The palace has announced a royal line up of activities to celebrate the Queen's birthday, starting from January to July 2022. The main event however will be from June 2-June 5.

The Royal Mint has already launched 2 special coins - a 50 pence coin and a 5 Euro coin in honour of The Queen's Platinum Jubilee celebrations.

To celebrate Her Majesty The Queen's Platinum Jubilee on 6 February, we have created a range of new and historic coins featuring designs from John Bergdahl and @osborneross. Look out for the special commemorative portrait on the obverse of each coin! https://t.co/8VkFnMN11F pic.twitter.com/14ukPMYYjy

1. January 10, 2022 - The public will be invited to participate in the 'Platinum Pudding Competition' to create a new pudding to celebrate the Queen's reign. The winning recipe will be made available to the public and the pudding will be enjoyed at the Big Jubilee Lunches during the main event in June. The Pudding Competition will be judged by an expert panel including Dame Mary Berry and MasterChef's Monica Galetti, and winners will be announced.

Would you like to see your pudding creation served up at street parties and other celebrations up and down the country? We're inviting you to invent the Jubilee Pudding for The Queen’s Platinum Jubilee in 2022. Enter here - https://t.co/ULqJP3wxSr pic.twitter.com/HtDa2nKQBg

2. May 12-15, 2022- There will be a 90-minute show at Windsor Castle to take the public on a history tour reign starting from Elizabeth I to the present-day Queen.

The birthday parade along with Trooping the Colour will be held with 1,400 parading soldiers, 200 horses and 400 musicians. Also, the capital cities of Commonwealth countries will be lighting beacons for the first time.

Seeing the Queen's Lego Trooping the Color was well worth selling my liver for the price of admission! #Legoland pic.twitter.com/gRDnhM9e

A Thanksgiving Service for the Queen's reign will be held at St Paul's Cathedral.

A Platinum party will be held at Buckingham Palace, where members of the public will be invited to apply to attend a live concert.

Who remembers the epic Diamond Jubilee Concert at Buckingham Palace this day in 2012? pic.twitter.com/YZbKYp2xQC

People across the country will sit down together to participate in the Big Jubilee Lunch. Street parties will be held across the UK, and the Platinum Jubilee Pageant will feature 5,000 people from the UK and the Commonwealth performing around the area of Buckingham Palace. The performances would celebrate street arts, theatre, music, circus, with cutting-edge visual technology.

We loved talking about The Big Lunch with Her Majesty The Queen, our Patron HRH The Duchess of Cornwall and HRH The Duchess of Cambridge.Don't forget #TheBigLunch is part of HM The Queen's Platinum Jubilee next year. Save the date for a Big Jubilee Lunch on 2-5 June 2022! pic.twitter.com/0WJxh7OYeX

There will be displays of the three most glorious events of the Queen's life: the Queen's accession to the throne, the coronation, and the Jubilees at Buckingham Palace, Windsor Castle and the Palace of Holyroodhouse. This display would include portraits, jewellery and outfits worn for each occasion.

The public loves the royals and their looks, and the number of fans that follow them is an evidence to this reality. Last Halloween, for example, a 2-year-old baby was dressed like The Queen and the Queen loved it.

Mom Katelyn Sutherland sent this photo of her one year old daughter, Jalayne, to Queen Elizabeth II - and received a letter from Windsor Castle in response! The note read, in part, that the Queen was "pleased to see the photograph" of Jalayne dressed up like her. ?: Facebook pic.twitter.com/O6sC1zEREA

HOW DID THEY CELEBRATE ALL THESE YEARS?

Here's a glimpse of their previous jubilee celebrations when Prince Philip was by her side. Dress Designed by Hardy Amies, Hat Designed by Simone Mirman, Worn for the Service of Thanksgiving for the Silver Jubilee at St. Paul’s Cathedral on June 7, 1977 to mark the 25th anniversary of The Queen’s accession. pic.twitter.com/I6PAqHX8y1 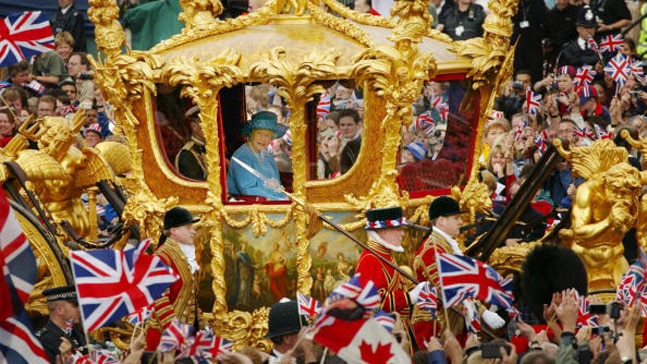 The gardens of Buckingham Palace were used to stage a public concert for the first time and the Party at the Palace concert, which featured performances by Queen, Elton John and Shirley Bassey attracted 200 million viewers worldwide.

In The Queen’s Golden Jubilee year, 2002, multiple towns were awarded city status. ? Among them were Preston, Stirling and Lisburn, which Her Majesty visited as part of her nationwide Golden Jubilee tour to celebrate 50 years as Monarch. pic.twitter.com/db7TgL7GSC

The celebrations lasted a fortnight with a garden party at Buckingham Palace and a state banquet that were held to mark the occasion. 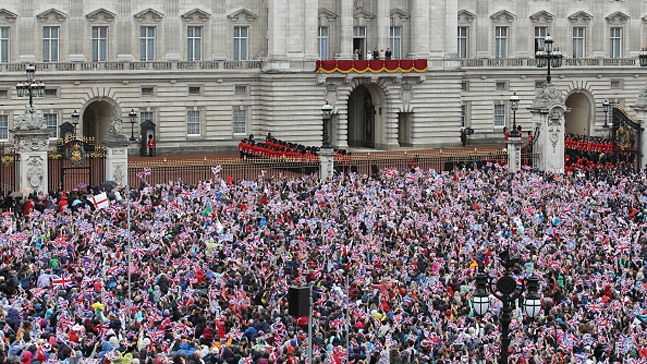 The excitement on The Queen’s face suggests that a highlight of the Diamond Jubilee River Pageant was when Joey - the star of War Horse - greeted Her Majesty as the Royal Barge passed the National Theatre.This scene took nine months to prepare! pic.twitter.com/p7aOKUkr9W The only Queen to have had a Sapphire Jubilee Celebration. Photo: Getty Images