DailyOh! What Rabindranath Tagore wrote for Gautam Buddha, to who is Superstar Winter

Gautam Buddha had much influence on Rabindranath Tagore and his writings.

Every time you think to yourself how bad can this year get, 2020 takes it as a challenge. Like the coronavirus was already not tearing our lives apart that we had to wake up with the terrible, terrible news of the gas leak in Visakhapatnam. Around 2.30 am this morning, people in RR Venkatapuram village near the LG Polymers factory started complaining of eyes burning and difficulty in breathing. Police, local administration, and the Indian Navy personnel were all put in action to get the situation under control. The nearby villages were evacuated, but as of now, over 10 people have lost their lives. The toll includes a child too. 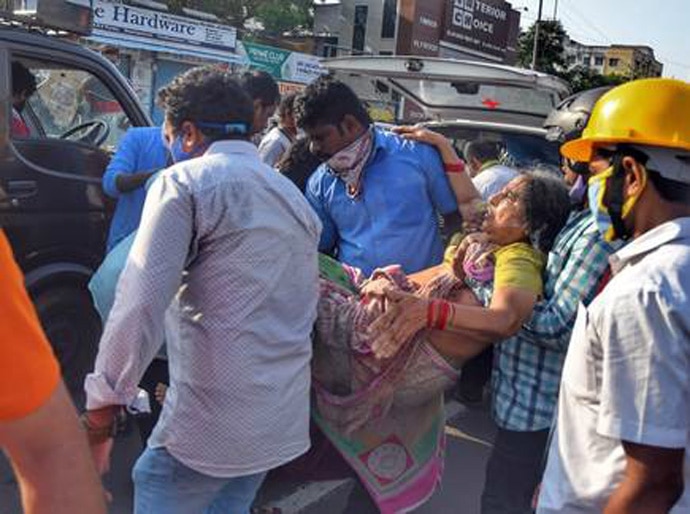 The gas which caused all of this is styrene, a gas used in manufacturing polystyrene, which is then used to make polystyrene plastics, fibreglass, rubber and latex. Now every time we see or hear the words 'gas leak', it inevitably takes us back to Bhopal.

The deadliest gas leak in the history of India happened in the intervening night of December 2-3 in 1984. The gas that leaked out of the Union Carbide pesticide plant was the extremely toxic methyl isocyanate. More than 5,00,000 people were exposed to this gas and such was the impact, that Bhopal today, 35 years since the tragedy, is still fighting the effects of it.

You know in Bhopal, the coronavirus death toll is 19 as of now. Out of these 19 people, 17 were the gas tragedy survivors. The reasons are obvious. The effects of the methyl isocyanate are not easy to shake off even three decades after exposure to it. It also resulted in a lot of other diseases and conditions in the survivors - comorbidities, in our Covid-tongue - which the coronavirus has been aggressively attacking.

As we speak, India has crossed 50,000 coronavirus-positive cases, and over 1,700 deaths. Well, these are just round figures. Now as we stay locked in inside our homes, some of our fellow citizens are risking life and limb, quite literally, to get their hands on liquor. Alcohol is the answer to the coronavirus. We have all been dousing ourselves with sanitisers (60+ per cent alcohol) since before the virus reached India. But the drinking alcohol is different. You obviously can't drink 60 per cent alcohol. But whatever you can, the Teachers and the Blenders, are pulling Indians out of their homes from Tamil Nadu to Delhi.

The queues outside liquor shops are longer than the Great Wall of China. And not China, but these friends of ours are our Covidiots Of The Day. Social distancing is a concept. You can't drink social distancing and distance from alcohol has anyway made these people grow fond of it... probably even more than earlier.

Delhi: People begin to gather outside a wine and beer shop in Laxmi Nagar. #CoronaLockdown pic.twitter.com/g6kVyFmh2p

But even as our liquor lovers look for their dawa-daru, scientists are breaking their brain boxes apart looking for a cure for the coronavirus. And this brings us to Winter. No, not the season. Winter is coming and it will when it does, but this Winter is a llama that has become a superstar.

This 4-year-old llama lives at a research farm in Belgium. Her blood produces a kind of antibody that is tiny 'by even antibody standards'. So they are called 'nanobodies'. This group of antibodies, scientists pulled out of Winter's blood, and made a new antibody out of them. Now this new antibody can attach itself to those evil spikes on the coronavirus, which we have all been having nightmares about, magnified a million times and in 3D. Once on the spikes, the antibody can neutralise the harmful effects of these spikes. Coronavrius, bye-bye.

Well, it's not as easy because it is a time-consuming process and research is not our two-minute Maggi. Hell, even the two-minute Maggi is never ready in two minutes, but that's for another day.

Today, since we're talking so much about antibody, let us also tell you what it means. Our Word Of The Day 'antibody' is an immunoglobulin, a large Y-shaped protein that is found in our blood whenever there's an external threat. Now remember, all this large-small, external threat, etc., are under the microscope. None of this is visible to our naked eye. So when an enemy attacks our body - hello, coronavirus - our immune system, our own Salman Khan, springs into action with its weapons. An antibody is the bazooka that the immune system fires to neutralise the enemy, or an antigen like the science guys like to call it. Whenever there is an external threat, our immune system, our own Salman Khan, springs into action with antibodies, its bazooka.

Scientists are now trying this antibody treatment to cure people of Covid-19. We told you about plasma on DailyOh a few days ago. You can read more about that treatment here.

From antibody, let's take you to North Korea, err, just as a figure of speech, where a 'body double' of Kim Jong-un has left the world baffled. So you know we've all spent the past week looking for news from Pyongyang on whether the Supreme Leader has kicked the bucket. There was a lot of speculation but Kim Jong-un kicked all of it in the butt and treated the world to his laugh. And that's where the world fell apart. This 'laugh' also showed Kim's teeth, which did not quite look the same. Internet did what it does best: said it was a body double, a shoe-in to stop the speculation game.

Now we don't know what happened in North Korea. No one knows what happens in North Korea while they are happening. But there are theories. One of the body double theories that sent the world into a tizzy was that Kim Jong-un's father Kim Il-sung sent a body double to meet US President Bill Clinton when Clinton went to Pyongyang in August 2009. 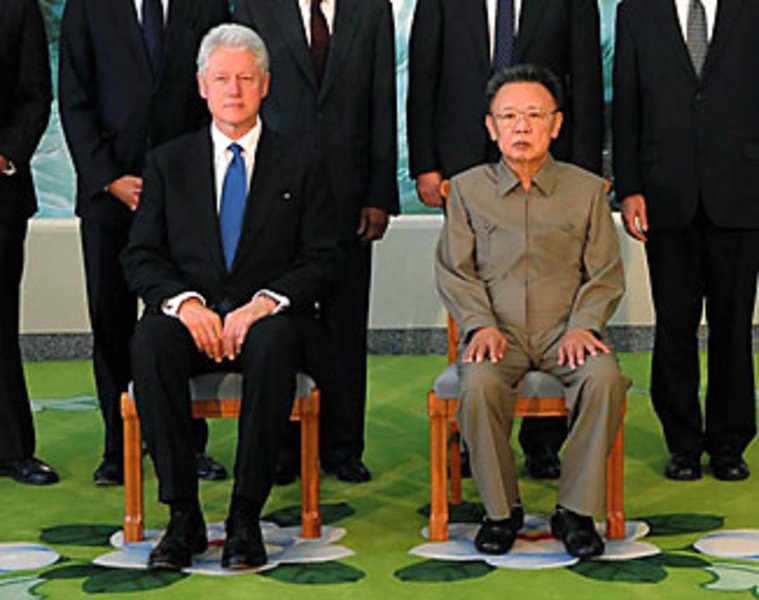 Just a year before this meet, Kim Il-sung had been very ill; he suffered a stroke. Rumours flew fast and thick: Kim Il-sung had already died and a body double was running operations in North Korea as the successor was being groomed, and what not. Till today, believers believe Il-sung met Clinton while others say he sent a body double. Whoever met Clinton that day, we will never know.

But what we will soon know easily, is who is coronavirus positive. Feluda will tell you the result. Satyajit Ray's sleuth is now finding the biggest enemy of our times, far deadlier than the Maganlal Meghrajs of the world: the novel coronavirus. A CSIR test kit has been named Feluda after Ray's famous detective, and that took us to 21, Rajani Sen Road in Kolkata, where the Mittirs lived. So who lives at 21, Rajani Sen Road? Turns out, no one. While Rajani Sen Road is a legit road in Kolkata and there are numbered houses on the street, House Number 21 is missing. A group of Feluda bhakts are now trying to create Feluda's house at 21, Rajani Sen Road, a la 221B Baker Street in London. But that's still probably years away.

Meanwhile, if you're a Feluda fan, here's a virtual museum you can tour.

Today, Bengalis are also celebrating the most famous Bengali of all time: Rabindranath Tagore. It is his birth anniversary today. Rabindra Jayanti in Bengal is a far more important an occasion than the national holidays. You won't find a Bengali who will not conjure up Tagore the moment you attack Bengal, but that's another story. Now today is also Buddha Purnima. The birthday of Gautam Buddha. Since the birthdays coincide this year, let us leave you with a poem by Tagore for Gautam Buddha: Mulya Prapti. Here's a (rough) English translation if Bangla is not your language. Here's the poem if you understand Bangla:

Goodbye for today. Stay home and spend your day doing whatever it is you want to.