Rahaf declared refugee by UN: Her story highlights how women are not treated as human beings in Saudi

Women in this country cannot work, marry or travel without a male guardian. But the headlines we read are about Saudi Arabia’s ‘modernisation’.

The remarkable story of Rahaf Mohammed Al-Qunun, the 18-year-old who fled her family in Saudi Arabia, has received global attention.

By January 9, the United Nations (UN) had found her to be a ‘legitimate refugee’, and asked Australia give her asylum, in line with the teen’s wishes. 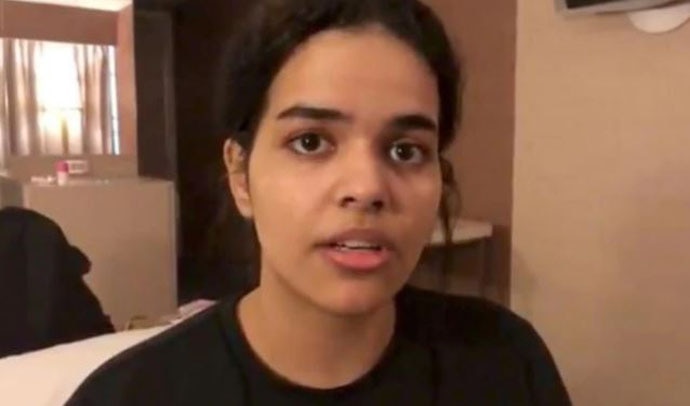 Rahaf had said her family would kill her if she was sent back. (Photo: Reuters)

Rahaf had arrived in Thailand on January 5, after managing to slip away from her family in Kuwait. She was planning to proceed to Australia, for which she had a tourist visa, but was detained at Bangkok airport. She then barricaded herself in a hotel room and started tweeting about her case, saying her father and brother would kill her if she was sent back.

Really such wonderful news Rahaf! If your father causes any problems, call me right away. We will keep pushing until you are safe in a 3rd country!

With the help of a few friends in other countries, she managed to raise enough noise on Twitter for human rights activists and the UN to take notice, and ensure that Thailand does not deport her.

Rahaf’s is a tale of incredible bravery, and the international support for her, a story of hope.

But why was Rahaf forced to be so brave?

Because, in her country, a woman is still legally required to have a male ‘guardian’, without whose permission she cannot study, work, marry or travel. Rahaf’s family was allegedly abusing her physically and mentally for cutting her hair and professing to atheism. But she could not have gone to the police against them — the authorities would most likely not have registered a complaint without the presence of the male guardian.

In fact, in her country, she could have been imprisoned for ‘disobeying’ her father — the laws allow that.

One hopes Rahaf manages to find asylum and now lead a happy life.

But her story is proof that under all the noise of liberalisation under the ‘great moderniser’, Crown Prince Mohammed Bin Salman, the women of Saudi Arabia continue to be given sub-human treatment.

In fact, the token ‘modernisation’ seems to be a convenient cover to ward off international attention, while the country refuses to recognise women as adults. Or humans.

For instance, the Saudi lifting of the driving ban on women had created much euphoria internationally — even making it to the cover of Vogue. But in reality, scores of women activists who had campaigned against the ban were imprisoned soon after as well, and continue to be in jail. The picture not seen is that of the activists suffering in prison. (Photo: Twitter)

The international bodies that spoke up for Rahaf must remember that their job does not end there.

The ‘guardianship’ system is unconscionable — and every country or organisation that claims to stand for human rights needs to exert pressure on Riyadh to change this, irrespective of geopolitical considerations.

In 2000, Saudi Arabia had actually ratified the United Nations Convention on the Elimination of All Forms of Discrimination Against Women — including the guardianship system. Rahaf’s case is just more proof that the move was not implemented.

Yet, Saudi Arabia continues to be a member of the UN Human Rights Council.

To claim immunity for such horrific human rights violations in the name of religion is disingenuous. Several other Islamic countries in the world have women participating equally in every walk of life.

But the third factor can.

The institutions that helped Rahaf out can claim no credit till they actively work to dismantle the system that made her a victim in the first place.

Also read: China’s chilling debt trap for Pakistan: How everything China invests goes back to it, along with a lot more