The Congress president must also answer — was he not thinking about electoral gains while training his guns at Nagpur for the incident. 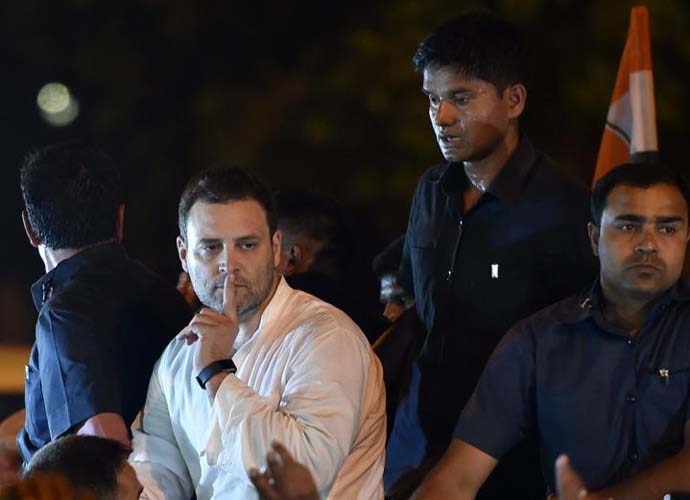 A day after 12 people were killed in police firing in Tamil Nadu's Tuticorin district for demanding that the Vedanta Sterlite copper plant in the area be shut down over environmental concerns, the Congress president alleged that Tamilians were being brutally killed for not bowing to the Rashtriya Swayamsevak Sangh's (RSS) ideology.

In a tweet posted in Tamil — it is still to be confirmed whether the Congress scion knows the language — Gandhi claimed, "Tamils are being brutally killed because they are refusing to bow to the RSS philosophy. The bullets of RSS and Modi can never crush the spirit of the Tamil people. Tamil brothers and sisters, we are with you!"

The tweet is proof of how parties are on the prowl to encash a loss of human lives for political gains. The Congress president's tweet in one stroke attempted to dilute the cause his "Tamil brothers and sisters" fought to highlight for 99 days. It is true that neither the Centre, nor the state government took note of the protests that went on for over three months in Tuticorin. But it is also true that when those in power turned a blind eye to the concerns of the residents of Tuticorin, the Opposition too failed to draw the government's attention to the cause, forcing it to take note, compelling it to act. 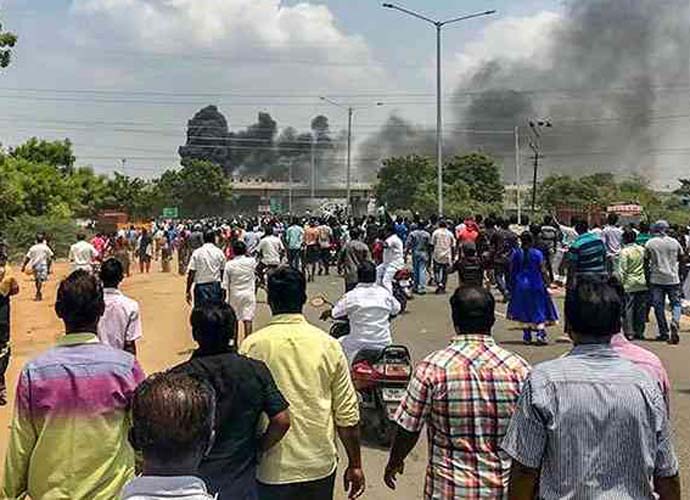 For 99 days, no party reached out to the Tuticorin protesters.

Gandhi, who has recently been commended for his sharp barbs at Modi and the BJP on Twitter, cannot claim a single tweet made in support of the people's demand to throw Vedanta out of the Tamil Nadu district. Gandhi's attempt to take aim at the RSS instead, and at Modi, for a tragedy that happened in a state not governed by the BJP has once again underscored his lack of political acumen. The RSS is neither the government, nor a government body that can be made accountable for a tragedy such as the one that unfolded on May 22.

The police force of any state operates under the administrative authority of the state government. It is thus naive to assume that the police fired at defenceless people on the direct/indirect orders of the RSS, or Modi, as Gandhi seems to be implying in his tweet.

Rahul Gandhi understands that according to a popular narrative, the BJP is a communal party, acting under the ideological framework of the RSS. It is this "communal versus secular" narrative which is now being seen as the Congress' chance to ride back to power because this narrative, almost by design, has discounted the grand old party's own politics of communalisation.

A politics most pronounced during the time of Rahul Gandhi's father Rajiv Gandhi and played out at its ugliest by denying a divorced Muslim woman named Shah Bano maintenance from her husband. A politics that saw the locks to the disputed site in Ayodhya being broken to please the "angry Hindus". A politics that even Rahul Gandhi took a leaf from when he went temple-hopping in the run-up to the Gujarat and Karnataka elections. This litany can go on and it has been going on, taking the focus away from all issues of importance - like the killing of 12 people in Tuticorin in cold blood. Rahul Gandhi has been trying hard to play the pro-Hindu card of late.

While harping on this narrative may or may not help the Congress electorally, crying wolf over the RSS supposed involvement in every incident will mitigate the chances of the charge being given any seriousness, even when it deserves.

The ideal thing for Rahul to have done in the situation is to have assessed the problem, spoken to people who have been fighting it out in Tuticorin, reached out to the Tamil Nadu government and the Centre, if the state government refused to cooperate. His party members should have raised the issue on the floor of the Tamil Nadu Assembly, he should have himself spoken about it in Parliament. This is what the country wants and needs its principal Opposition party to do.

Accusing Modi of being in campaign mode perennially is fine but Rahul must also answer, was he not thinking about electoral gains while training his guns at the RSS for this incident?

Power brings with itself great responsibilities but even when you sit in the Opposition and seek accountability from those in power, you have to remember your own share of responsibilities. Tilting at windmills is not one of these.

Also read: What Opposition parties really need to do to take on the might of Modi ahead of 2019

#RSS, #Vedanta sterlite, #Tuticorin protests, #Rahul Gandhi
The views and opinions expressed in this article are those of the authors and do not necessarily reflect the official policy or position of DailyO.in or the India Today Group. The writers are solely responsible for any claims arising out of the contents of this article.