A look at some of the promises both parties have made, from the absurd to the illegal.

When Paulo Coelho said “Some people think they can promise anything, others accept whatever seems to guarantee better days ahead”, he was not talking about Indian elections. He might well have been though.

As the poll battle heats up, political parties are getting more 'creative' with what they are promising voters — feasibility, ethics and seemingly, even the law, no bar.

Thus, while the Congress in Madhya Pradesh wants to start industrial production of cow urine and cow dung, the Shiromani Akali Dal in Punjab last year had promised voters land in Canada and the US.

Such promises might be ridiculous — but often, they aren’t funny. 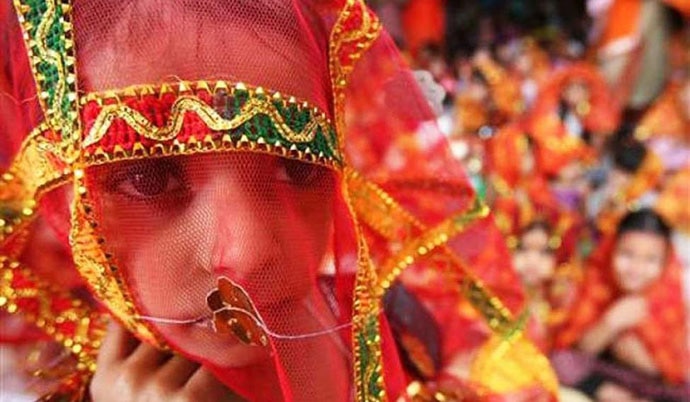 They take attention away from issues that elections should actually focus on — poverty, unemployment, health and infrastructure services, etc. More dangerously, in some cases, for the short-term goal of winning an election, parties make promises that can push back years of slow growth made on regressive social practices.

Here are some promises that various parties have made for the upcoming elections, ranging from the absurd to the illegal.

Shobha Chouhan, the BJP candidate from Sojat Assembly seat in Rajasthan, recently assured her voters the police wouldn’t disrupt child marriages. A video clip that has gone viral purportedly shows her saying at a rally: “We have ‘satta’ [power] and ‘sangathan’ [state government] at our disposal. We won’t let the police intervene in child marriages.”

For the sake of a few votes, the BJP leader is apparently happy to consign girls to a life of hell, of poor health and poor education, while promoting a practice that is illegal.

For perspective, here are some figures: India has the highest number of child 'wives' in the world. UNICEF says nearly 1.5 million girls in India get married before they turn 18. The rate of child marriages in Rajasthan, according to the National Commission for Protection of Child Rights, is higher than the national average — 10.6% in urban areas, but a whopping 89.4% in rural areas.   

Chouhan was thus apparently not just promoting a regressive practice, she was also going against the stand of her own party’s government at the Centre, which is mulling making child marriages totally invalid, from the current position of ‘voidable if the minor so wishes’.

The other major player in the Rajasthan polls, the Congress, has its own anti-progress promises to boast.

The party’s manifesto promises to do away with the condition of the minimum educational qualification to fight local body elections. 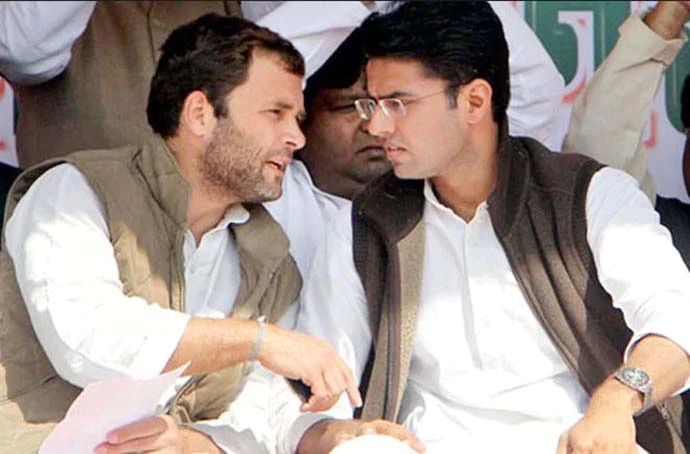 Instead of ensuring more people are educated, the Congress wants to ease poll critera. (Photo: PTI/File)

The qualifications — passing Class X for municipal elections and Class VIII for elections to Panchayati Raj institutions (Class V in tribal reserved areas) — were introduced by the Vasundhara Raje government in 2015.

The argument here is that the minimum educational qualification criteria bar a large number of people from contesting polls. But the job of the government is to ensure more people get education and hence can meet such criteria — instead of doing away with these norms.

The Congress manifesto in MP promises a gaushala in each panchayat. While there is nothing wrong in a government wanting to look after cows, it’s the scale of the Congress’ promise that is galling — apart from the gaushalas, the manifesto assures temporary camps on main roads to provide treatment to injured cows and arrangements for the last rites of dead cows. Congress in Madhya Pradesh: All together now, let's say it for the cow! (Photo: PTI/File)

In a country where panchayats lack schools and hospitals, where human beings travel miles to avail basic medical attention, and where poor families struggle to give a dignified send-off to their loved ones, the Congress’ priorities are almost cruel.

In its bid to win the Hindutva race from the BJP, the Congress seems to have forgotten it is humans, and not cows, who will vote for it.

Free distribution of cows in Telangana

Of course, the copyright with making the cow a poll issue lies with the BJP, and the party has by no means forgotten its pet cause. In Telangana, its manifesto promises free distribution of 1 lakh cows every year, at festivals and other celebrations. It’s not clear yet how the “lucky winners” will be picked.

But more importantly, it is not clear where the 1 lakh cows will be procured from. Milch cows cost anywhere between Rs 30,000 to Rs 1.5 lakh. Who will bear the cost?

Do the people of Telangana really want cows more than roads, schools and hospitals? Where will the 1 lakh cows a year be procured from? And where will they go? (Photo: PTI/File)

Cow slaughter is banned in Telangana. With rising cow vigilantism, what will happen to these cows once they are old? Will they be shipped to the new gaushalas in Madhya Pradesh?

Of course, last year in Tamil Nadu, the BJP had apparently stepped away from its usual love of the bovine, and promised to bring back Jallikattu, the bull-fighting sport, which the Supreme Court had banned.

But when political parties are willing to let go of ethics and even legalities to make appealing promises, consistency is hardly a point to quarrel over.

Also read: Free flow of freebies: Vasundhara Raje announces free smartphones. Others are not far behind