Will Rajinikanth be a hit in politics - What works for him, and what does not

Let’s remember another superstar who did not flourish as a politician — Bollywood’s shehanshah, Amitabh Bachchan.

To a roaring audience at Raghavendra Kalyana Mandapam, Chennai, on December 31, 2017, 67-year-old actor Rajinikanth had announced: “I will form my own political party and contest from all 234 seats in the 2021 Assembly elections.”

He added, “About Lok Sabha polls, I will decide then. I am not here for money or fame. You have already given that to me a thousand times over. I am not enamoured by position or post.” Outlining his vision, Rajinikanth said, “Devoid of caste, a spiritual governance, spiritual politics, honesty and transparency. That’s my goal.” 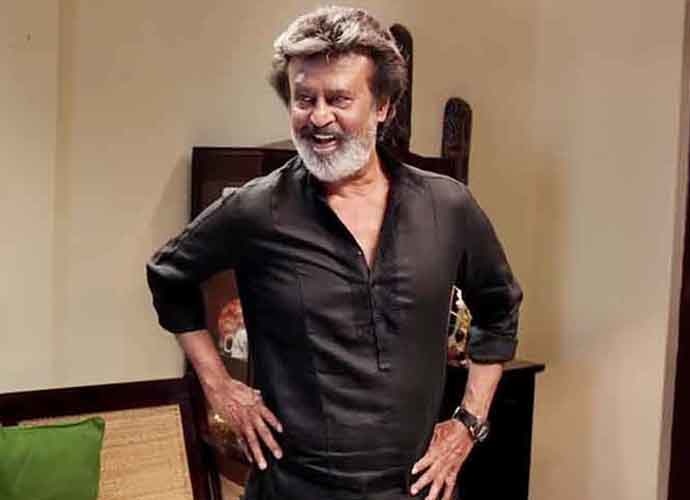 All geared up for a new role. (Photo: Twitter)

Thaliavar Rajinikanth’s entry into politics — especially at a time when the two tallest leaders of Tamil Nadu, J Jayalalithaa and M Karunanidhi, have passed away within two years of each other, and their parties seem to have no one to fill their shoes — has the potential to alter the political landscape of the state.

As per an India Today-Karvy survey, if Assembly polls would have been held in Tamil Nadu in January this year, Rajinikanth’s party would have won 33 of the 234 seats. The survey said the actor would have cornered 16% of the total vote share, even though he was yet to formally name his party.

The name and the symbol of Rajinikanth’s political party have been the subject of much debate and speculation. In December 2017, when he announced his entry into politics, the actor had raised his hand in a gesture from his 2002 film, Baba. The gesture involves the thumb holding down the ring and middle fingers of the hand, while the forefinger and the little finger are erect. Many have since claimed that this ‘Apana Mudra’ symbol will be Rajini’s official party logo.

While deciding the party’s name and symbol is in the Thalaivar’s hands, the fate of his political party will be in the voters’ hands. Will Rajini succeed? Will this hand gesture from his 2002 film, Baba, be Rajini's party symbol? (Photo: India Today)

Here are the factors that work for and against him.

Time and again, it is heard from gossip galliyaras that The Boss Rajinikanth is a people’s person. He shares a unique camaraderie with his fans not only in Tamil Nadu, but across the world. From his legendary acting prowess, his natural, inimitable style, to his down-to-earth persona, there is a lot that endears him to the masses. Not for nothing is Rajini revered as God in Tamil Nadu. His iconic style, especially with the cigarette and sunglasses, gives him a mass appeal.

Unlike some actors who prefer custom-made suits for every event, the 67-year-old star prefers to dress in a kurta-pyjama or a simple shirt. Rajini has had truly humble beginnings, and has managed to stay on top of the game throughout his career through sheer talent and hard work, winning a special place in the hearts of the audience.

According to Naman Ramachandran, the author of Rajinikanth: The Definitive Biography, most of Rajinikanth’s philanthropic activities go unpublicised, because that’s what he wishes. Rajinikanth’s fan associations regularly organise blood donation and eye donation camps, and distribute food on his birthdays.

Tamil Nadu has seen several actors become successful politicians, including two of its longest-serving chief ministers, MG Ramachandran and Jayalalithaa. Even Karunanidhi had a long association with the film industry.

Actors, in a way, are well-suited to politics — they already have a connect with their fans, and can have a good understanding of the needs of those who have made them popular in the first place, by showering love and admiration on them.

However, there is one major factor that might work against Rajinikanth — his “outsider” status. Rajinikanth has the record of playing Bachchan’s roles in a number of Tamil remakes of his movies. (Photo: India Today)

The actor has been known to say: “The truth is the only person behind me is God — and of course, the people of Tamil Nadu.” But the fact remains that many people have not been able to forget his Karnataka-Maharashtra origins. Rajinikanth was born into a Maratha family in Bangalore. His real name is Shivaji Rao Gaekwad. Upon completion of his school education, he worked as a carpenter and a coolie, before being recruited in the Bangalore Transport Service as a bus conductor, from where he joined films.

I feel the issue of assuring people that he is a true Tamilian will be a tricky one for the superstar to negotiate.

While Tamil Nadu politics has so far been kind to its movie stars, we cannot forget the example of another legendary actor who had a very poor stint in politics — Bollywood’s Shehanshah, Amitabh Bachchan.

Rajinikanth has the record of playing Bachchan’s roles in a number of Tamil remakes of his movies.

The 2019 LS polls are not far. Only time will tell if Rajini’s career in politics mirrors Bachchan’s or not.

Also read: Post Kaala, will people be able to see the difference between reel and real life Rajinikanth

#Amitabh Bachchan, #2019 Lok Sabha polls, #Tamil nadu politics, #Rajinikanth
The views and opinions expressed in this article are those of the authors and do not necessarily reflect the official policy or position of DailyO.in or the India Today Group. The writers are solely responsible for any claims arising out of the contents of this article.