Why has news of Muslim man being hacked and burnt alive in Rajasthan not moved us?

Mohammad Afrazul's brutal murder has become just another crime story for everyone to forget within 24 hours.

A man was hacked and burnt alive in Rajasthan's Rajsamand district in the name of "love jihad". A man, no other than the murderer himself, ensured it was filmed and circulated across the country. But this tragedy, believe it or not, has an ever uglier side to it. This murder performed for the cameras to send a clear message to one community, has failed to jog us out of our collective slumber.

The near total silence over this chilling crime is far more dangerous than the crime itself for it raises the vulnerability of the probable victims of crimes of deep-rooted hatred.

It hasn't been a year, or a month, not even a week since the crime came to fore. Barely 24 hours after this video of absolute horror surfaced, it has been pushed into oblivion. After the initial uproar, the horrific crime was "normalised" with the defenders of Hindutva and a complicit media saying it was not "love jihad", but a case of "love triangle". Does the actual motive behind the crime make it any less heinous? That on a day this tragedy unfolded, the prime time news across television channels discussed whether Mani Shankar Aiyar had crossed the line by calling Prime Minister Narendra Modi "neech" is a statement on our priorities.

That an elected head of a state should be shown some degree of respect at least by the subjects of the state, including his political opponents, is a fact well acknowledged. What perhaps needs to be reflected upon is whether an insult to the "pradhan sevak" of the country is more gruesome than the hacking and burning of a man - all on camera.

That this "pradhan sevak" asked voters to avenge his alleged "insult" when they turn out to cast their ballot in the Gujarat elections, but chose to remain mum over the murder of Mohammad Afrazul, a labourer by profession, in a state bordering Gujarat ruled by his party raises questions over whose sevak Modi claims to be.

So glad you acted like a real leader and bravely spoke out on the most pressing issue of the day, and not get distracted by a man hacked and burned in Rajasthan. I mean, such things happen, right, Mr @arunjaitley? https://t.co/12B6j4acIy

Media is no less guilty. Its agenda-setting machinery has become a victim of TRPs, a game in which the average viewers have little or no say. Mohammad Afrazul's story has been presented since yesterday as a news item of little value - just another crime story that we come across every day.

If television channels failed to give Afrazul's story the screen-time it deserved, the national newspapers fared no better. They found the story so unimportant that no one made it the lead story. Some even failed to take it prominently on the front page.

After all, prime ministers are not insulted every day and parties don't suspend senior members for being harsh on political rivals. Message from the video

The video's content could well be interpreted in so many ways. It could be an alibi to garner support before a murder trial. It could also be a misguided belief in the concept of "love jihad", whose existence has absolutely no basis. Both cases point to a worrying spectre.

What gave Shambhu Lal Regar, the identified accused, the confidence that it was perfectly legitimate to kill in the name of "love jihad"? What emboldened him to think that the engines of law would go soft on him if he succeeds to justify that "love jihad" was the reason behind the murder?

The problem is that a section of us have started to think that some kinds of killings, some kinds of on-the-spot Taliban-style justice are legit because they are important to enforce the majority's opinion over that of the minority.

Regar could have killed Afrazul due to some personal animosity, but the reasons he has evoked call for some churning of our sensible selves.

It would be wrong to see Rajsamand's video in isolation. There have been videos of "anti-Romeo" vigilante squads in Uttar Pradesh, and videos of anti-cow slaughter groups. There is a design to these videos being made and then fearlessly circulated. These videos act as messages to the faithful, and warnings to "others". It is quite possible that personal scores are being settled behind the bogey of such hyper-nationalistic labels. And that brings us back to the question of the silence of the leaders, who have made nationalism a dangerous word. Leaders who have introduced dubious concepts such as "love jihad", "gau raksha" and "anti-Romeo".

Reports coming from some quarters suggest that this killing could actually have been the fallout of a love triangle. Does that make the incident any less horrific and less worthy of a debate? Quite obviously - no. Shouldn't the chief minister of a state, whose duty it is to ensure law and order, not speak up in a situation like this? Should she not publicly call for the strictest punishment for the culprits to give people a reassurance that the systems are still working for them? Why is Vasundhara Raje silent when a man who came to a state, she promised to govern and govern well, in search of work is killed in such a brutal manner? 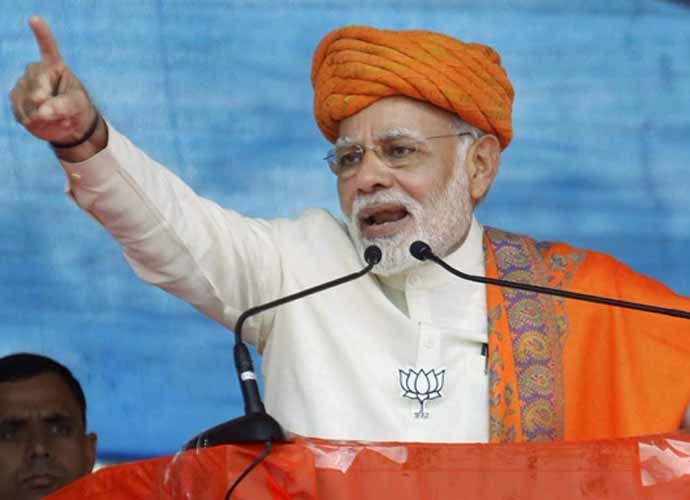 The degree of complicity

This is not Shambhu Lal's crime alone. The list of co-accused goes even beyond the 14-year-old nephew of Shambhu Lal, who shot the video. Those who remained silent and fanned the communal embers - by letting concepts like "love jihad" and "gau raksha" gain traction even when they saw what terror it unfolded on numerous occasions - are guilty. It includes Prime Minister Modi, it includes chief minister Raje, and it also includes the Hindu right-wing, which is out on the roads to correct perceived or imagined historical wrongs at the cost of human lives. It includes those who justify the lynching of the likes of Pehlu Khan on the ground that they were cow smugglers.

But we as people are no less guilty. The crime happened to a migrant labourer in a part of the country most of us had not heard of. It may or may not be a case of "love jihad". Why should we worry? Well, this mindset itself is reason for us to worry.

Societies are collectives formed to ensure mutual goods and general sense of safety and security. Rules and laws are its anchors. This crime once again tells us that anyone can kill a Muslim man for being Muslim by levelling allegations. It can also get any Hindu woman killed tomorrow if she chooses to marry a Muslim man. If we choose not to question the truth behind the lies of "love jihad" and "gau raksha" sold to us, we are at our own peril.

The state is responsible for abdicating its responsibility to protect lives. It is appalling that the state is not just taking sides in this fight, but is itself a party to it. It therefore chooses silence over course correction as Shambhu Lals in the country murder Afrazuls.

We are all in grave trouble.