Rakhi Sawant accuses Tanushree Dutta of raping her: Dear Rakhi, surely you are better than that?

You are an achiever. Making your way into Bollywood’s tinsel tower must have been hard work. You didn’t just get in, you stayed in. For more than a decade now, you have remained visible — and audible.

No mean feat, this.

You became the women’s wing president of the Republican Party of India (A). Your party president, Union minister Ramdas Athawale, wanted to field you against BSP chief Mayawati.

You understand headline management. You well know the difference between deriving mileage and provoking outrage. You are canny. You are carefully catty.

You understand that at present, #MeToo is a sure-shot way to get headlines. No one can grudge you the desire for headlines.

But calling someone “a rapist because she is a lesbian” is low.

You have survived by creating a farce out of your own self, and that takes courage. But turning rape into a farce is low.

Your comments were not funny.

Your comments were not your usual brand of beyond-belief-bizarre. Your comments were fairly commonplace. You were repeating every stereotype the worst of Bollywood perpetrates about rape victims, homophobia, ‘ek aurat ki izzat’, an English-speaking woman who smokes and drinks.

And that is low.

Already, your comments are being used to question the credibility of the entire #MeToo movement — worthy ladies and gents, with thousands of followers on Twitter, are saying that if Rakhi’s allegations are false, so must other women’s be — and to belittle Dutta.

#RakhiSawant exposes #TanushreeDutta & says She was a Druggist & She raped her .. BTW it is well known that She was a druggist pic.twitter.com/jDUvU47mZ3

#BelieveAllWomen Hope all the twitter feminists work together to ensure that Rakhi Sawant and her #metoo? ? story get justice!! :) https://t.co/6kMsybg3zP

This is the problem you liberals, you support only whom you like. If it was swara bhaskar instead of rakhi sawant, you would have not said this. the reason is simple: swara bhaskar belongs to your army

Interesting turn of events in #MeTooIndia. Tanushree herself is now accused of rape by #RakhiSawant. Reading all the comments, one can see people mocking Rakhi for speaking out. Is it because she accused another woman or?#Metoo https://t.co/i2QTGfweZ9

You accused Tanushree Dutta of raping you not once, but multiple times. You said “fingers are meant to eat, but she used her fingers to touch my private parts”. The “shame” of your experience apparently overwhelmed you at this time, and you hid your face in your flaming orange-pink pallu.

Who were you mocking, Rakhi? The hundreds of women in India who are raped everyday?

I have made my shame public, who will marry me now, you wailed. “Kaun sa ladka mera hath thaamega?” I have given you so many details of my sexual assault. How much more shameless do you want me to get, you asked the media.

So, survivors speaking out are losing shame and honour, and raped women don’t stand a chance at holy matrimony?

That is low. Really low.

Of course, if you actually were sexually assaulted by Tanushree Dutta or anyone else, you deserve justice. You deserve to be heard. But you were so obviously having fun.

So far, you have given us three reasons why Tanushree shaved her head:

1. To prove her love to you

2. Because she was in rehab for her drug addiction

You have given two reasons why Tanushree raped you:

2. Because she is a lesbian

You used the worst possible tropes about homosexuals, a community anyway battling powerful prejudices — you apparently went to parties with Tanushree because she was a friend you trusted, she apparently drugged you and took advantage of you.

Demonising the disadvantaged for cheap thrills is low. 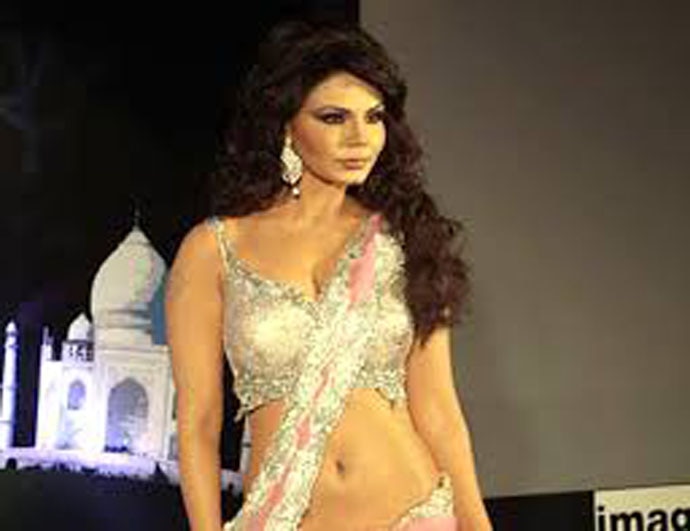 Pick a time, and a cause, to be catty about. (Photo: India Today)

You know what it’s like to be the disadvantaged, Rakhi. You used that cleverly in that press conference — just because Tanushree Dutta speaks in English with Arnab Goswami, are her allegations more credible than mine, you asked.

Indeed, your allegations should be taken seriously.

Every woman’s allegation should be taken seriously.

Maybe one way to ensure that would have been to not describe your “rape” as “usne is abla ka table baja diya”.

Maybe one way to ensure that would have been to not discredit an entire movement — “Hash metoo is an America-funded conspiracy, Tanushree Dutta was last in America”, you said — because you apparently want to be catty about a co-star.

Maybe one way to ensure that would have been by not casting aspersions on every woman who has spoken out — “all the women who have nothing to do are now sitting in news channels with #MeToo stories”, you said.

You have always flirted gloriously with the outrageous — your Modi-printed dress, the anti-rape lock designed by “scientist Rakhi”.

Don’t do this to Tanushree Dutta, to yourself, to women in general. You are better than that.

Also read: The curious case of Rakhi Sawant: Why is she the way she is

#Rape, ##MeToo, #Tanushree dutta, #Rakhi Sawant
The views and opinions expressed in this article are those of the authors and do not necessarily reflect the official policy or position of DailyO.in or the India Today Group. The writers are solely responsible for any claims arising out of the contents of this article.