Ram temple to come up soon but what did Hanuman find while looking for Ram’s ring?

Prime Minister Narendra Modi reached Lok Sabha this morning. You’d say he goes there every day when he is in the country and Lok Sabha is in session. Yes, he does. But today was a little different. Today he was there to make a rather important announcement. Now, anyone could have made the announcement but Modi chose to do it himself because, well, the matter was important.

Modi announced the formation of the Shri Ram Janmabhoomi Tirth Kshetra, a trust that would undertake the construction of Ram temple in Ayodhya, as people in the Parliament chanted “Jai Shri Ram”. If you want more details on the PM’s announcement, read this. 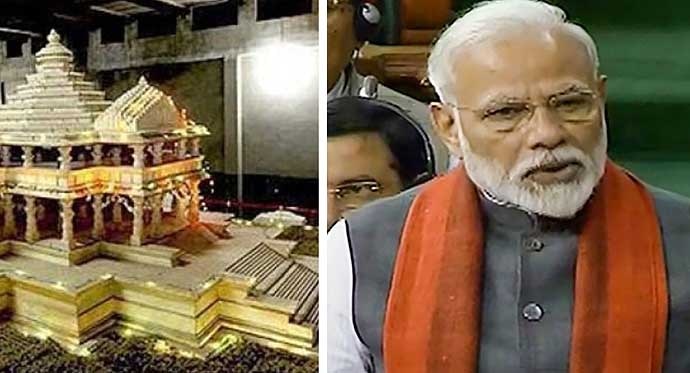 Narendra Modi has announced the formation of Shri Ram Janmabhoomi Tirth Kshetra trust that will oversee the construction of Ram mandir in Ayodhya. (Source: Reuters)

You may say that there are more important issues that need the PM’s attention. We agree. But many don’t and won’t. For them, the PM himself spoke on the matter. We could say the announcement could have been made with an eye on the February 8 Delhi elections. That is, however, pure guesswork.

You say Ram, and this country erupts in various emotions. Over the years, those emotions have only increased. You must also be aware that Ramayan has so many versions in the country.

Are you wondering how many? It is difficult to put a number to it. Let’s just say there are as many Ramayans as there are forms of Ram. Are we confusing you?

Let us try and explain it the way AK Ramanujan did in an essay titled Three Hundred Rāmāyaṇas: Five Examples and Three Thoughts on Translation.

Once while Ram was sitting on his throne, his ring fell to the ground and quickly disappeared in the hole that its impact created. It was Ram's ring, after all. Now, Ram asked his trusted friend Hanuman to fetch it.

So, how did a giant Hanuman enter a hole so small? Hanuman could change form and enter any area, no matter how small. Hanuman entered the hole and reached netherworld in search of the ring. (That should explain why Delhi chief minister Arvind Kejriwal recites Hanuman Chalisa). Wait a minute, did you not get to read about it? Never mind. Read it now, here.

The king then presented before Hanuman a platter that had thousands of rings. Hanuman was confused. (Anyone would be.) He told the king that he needed just the one that belonged to Ram. The king then explained to Hanuman, “There have been as many Rams as there are rings on this platter. Whenever an incarnation of Ram is about to be over, his ring falls to the ground.”

But do you know this essay was banned by University of Delhi from its undergraduate History syllabus? That happened after protests rocked the campus over the essay.

In the age of internet, such bans mean little because people read them anyway. And once a work is banned, even those not so interested in reading, take to reading. This took us back to Harry Potter. In Harry Potter And The Half-Blood Prince, the notorious Professor Umbridge bans an issue of a magazine because it contained an interview of Harry that she did not want anyone at Hogwarts to read. So Hermione Granger says, "If she could have done one thing to make absolutely sure that every single person in this school will read your interview, it was banning it!"

We say, better read something than nothing.

But how did we come to the essay? Oh, because we were telling you about the trust that would take care of the Ram Temple.

So what else happened in Rajya Sabha?

The report of the select committee on the Surrogacy (Regulation) Bill, 2019 was tabled in the Rajya Sabha. The bill tries to build a legal framework for surrogacy to be carried out in India. Can you believe it that till now, there was no law to deal with surrogacy? There were just some guidelines. Now, not everyone is happy with the bill because it doesn’t allow single women and gay couples the right to opt for surrogacy. According to the bill, unmarried women can’t even become surrogate mothers. 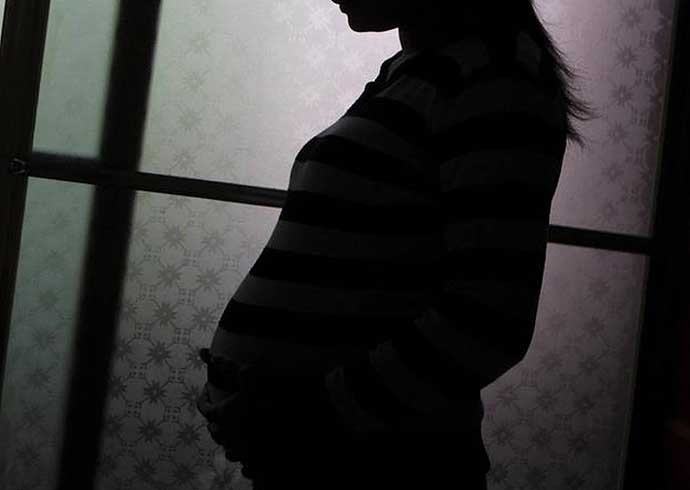 We will leave the legal and technical debate over the matter for now and focus on the word because surrogacy is our Word Of The Day.

The word surrogate comes from the Latin word surrogatus, past participle of surrogare. Surrogare means a substitute, that is, a person appointed to act in the place of another.

According to Black Law dictionary, which is the most widely used law dictionary in the US, surrogacy means the process of carrying and delivering a child for another person.

The first recorded case of surrogacy happened in 1978. Well, the first after the first instance that is recorded in The Bible.

The Bible even cites an ancient instance of traditional surrogacy when Sarah, who was infertile, requested that her handmaiden, Hagar, carry her husband Abraham’s child.

So, while all this was happening in Indian Parliament, the US Parliament saw some childlish fight between 73-year-old Donald Trump and 79-year-old Nancy Pelosi. Are you rolling your eyes? We sure are. Not at Trump and Pelosi's age, but their positions as US President and Speaker of House of Representative. The world's most powerful man and one of the most important women in US politics, behaving like kids. But it's Trump. Why are we even surprised anymore.

Trump snubbed Pelosi by refusing to shake hands with her and then Pelosi tore up a copy of Trump’s speech.

The looks on their faces as they ‘insult’ each other are priceless. Look, laugh.

#WATCH US House Speaker Nancy Pelosi tore a copy of US President Donald Trump’s speech at the end of his third State of the Union Address, in Washington DC. pic.twitter.com/TY4L5dAme7

You may say you behaved better in school, but then you have not been in a serious political contest. You can afford to let go.

Pelosi, on her part, has been taking her politics seriously since she was a child. When a Republican poll worker handed over a toy elephant to Pelosi when she was just a girl, she took it, recoiled, and handed it back to the man who gave it to her.

No, she didn’t return it because she was told by her parents to not accept things from strangers. She did it because elephant happens to be the party symbol of Republicans. Not just that of our own Mayawati’s Bahujan Samaj Party.

Pelosi is a die-hard Democrat.

America is making us laugh, but America also saved the day for a certain Kunal Kamra today. This Kunal Kamra had to suffer the consequences of what his more famous namesake did to a certain TV anchor. Kunal Kamra from Boston tried to board an Air India flight from Jaipur, but was told, oops, sorry, your ticket is cancelled because you are Kunal Kamra.

The poor Boston man, who Kunal Kamra called 'collateral damage', had to dig up his American ID and tell the airline that he was indeed a Kunal Kamra, but not THE Kunal Kamra. Thankfully he took those reach-the-airport-at-least-two-hours-before-your-domestic-flight warnings seriously. He managed to make it on board!

We are sure this left you in splits, but we are now bringing to you some serious news and that has to do with Coronavirus. The virus is spreading fast in China and Hong Kong. Reports say about 490 people have died in China so far because of the virus that is also called Wuhan virus because it was first detected in Wuhan. A total of 20,000 people are said to have been infected by the virus. The world is worried because there is no known treatment for those who get infected. Not so far.

The virus has reached India. While 534 suspected cases have been tested in India, three have been confirmed.

And it isn’t just people the virus is affecting in India. Coronavirus has also hit Surat’s diamond industry. No, no, no. The virus doesn’t infect diamonds. Actually the diamond industry has been hit because Hong Kong, which is a major export destination, has declared a state of emergency due to the coronavirus outbreak in China.

The diamond industry is expected to suffer a loss of Rs 8,000 crore. While 90 per cent of rough diamonds are cut and polished in Surat, they are mostly exported to Hong Kong, from where they transit to other parts of the world.

The cost of polishing and cutting diamonds in factories in Surat is as little as a tenth of the price in Europe. So, it is hardly surprising that Surat is so big on diamond business. 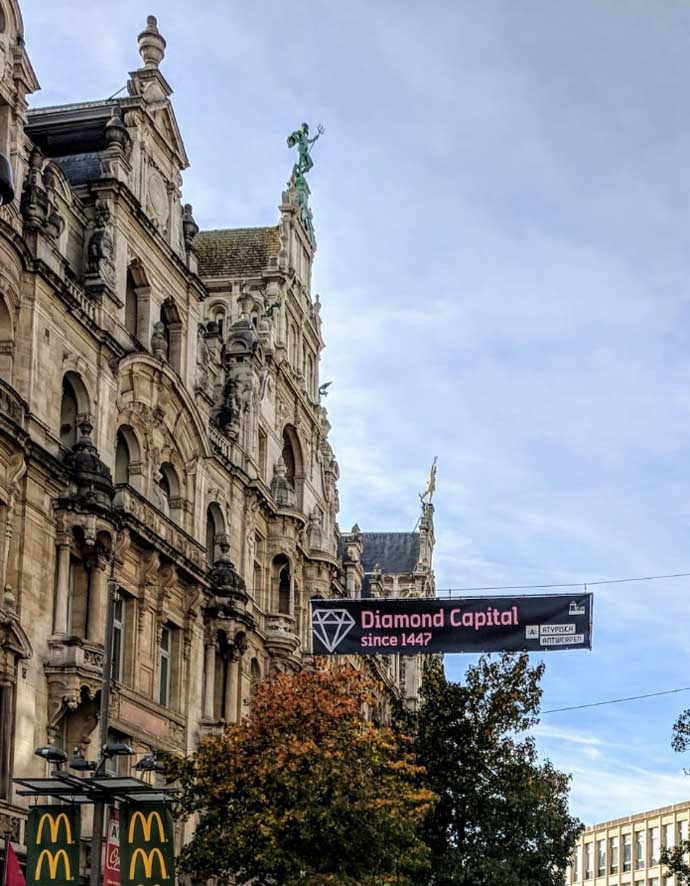 The cost of polishing and cutting diamonds in factories in Surat is as little as a tenth of the price in Europe.

Such is the Jain domination in the diamond market in Antwerp that they have almost pushed the Jews, the original diamond merchants of Antwerp, out of business. Mostly because we Indians are more competitive than the Jews can even imagine!

Now, we hope that the coronavirus is quickly controlled.

But will diamonds become cheaper in this period?

There are cartels that work on keeping diamond prices high by manipulating markets. Watch Leonardo DiCaprio-starrer Blood Diamond if you haven’t already to see how that works or read this.

Here's the trailer of the movie.

Also read: DailyOh! How long does reciting Hanuman Chalisa take to why terrorist is Word Of The Day