On Ram Navami, news from Bisrakh, birthplace of Ravana where he is worshipped, and Dussehra isn't observed

Bishrakh village is named after Ravana's father, Vishwashrawa. The village also has a Ravana temple. And a Ravana DJ, shops, even a health care centre.

Barely 19 km from Noida's Film City lies Bisrakh, Greater Noida — apparently, the birth place of Ravana. Lord Ram is worshipped all over the country, but in Bisrakh village in Greater Noida, it's not the hero of the epic Ramayana but its anti-hero, Ravana, who is fervently worshipped.

Locals say the demon king was born in this village — and that’s what matters.

With a population a little over 5000, one can spot 'Raavan DJ', saloon, health care centre, grocery shops, everything in his name. Sunny Kumar, a resident of the village, blithely said, “You can see Ravana everywhere in this village. There is a trend here — if the word ‘Ravana’ is not posted in front of your house, then you are not part of this village. Few people have even named their kids after Ravana.” 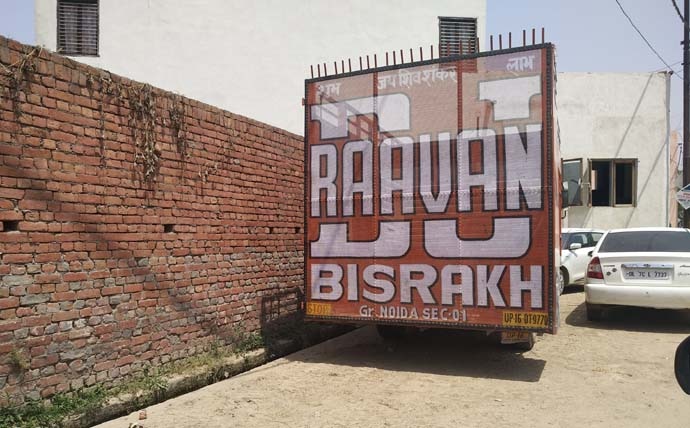 It's all about Ravana: From Ravana DJs to saloons and shops, one man rules it in Bisrakh. (Picture: Author)

Where Ravana is Worshipped

But in Bisrakh, there is a temple in the name of Ravana.

Abhay Pradhan, the sarpanch of the village, said, “Dushera is not celebrated in this village — why would we do so? This is the birth place of Ravana. Like other gods, the villagers worship him. This village has never hosted any Ramlila. For us he is everything — we look up to him.” 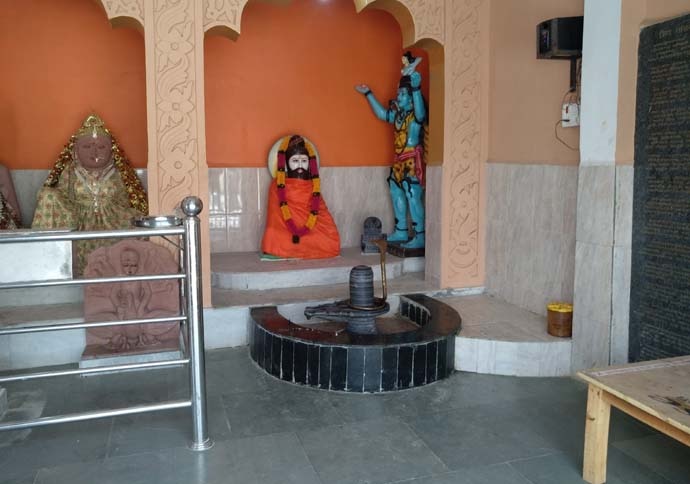 A Temple of Ravana

Lying on the outskirts of the village is the temple where some foreigners also throng. The lane where the Ravana temple lies has a gate, which has a hoarding that reads: ‘You are welcome to Ravana’s birth place’.

There is dirt ringing the pavement of the temple but a Shiva Linga also resides there. Shyam Das, priest of the temple, said: “It is believed that the Vishwrah muni had constructed the temple by establishing the Shiva of Ashtabhuja in Bishrakh to please Lord Shiva.” The temple also has a statue of Vishrava (Ravana’s father).

Villagers are planning to put a statue of Ravana inside the temple soon. “This temple has everything except a Ravana statue. So we will put it right inside the temple,” said Shyam Singh, a resident of the village. The belief is so strong in this village that everyday, puja is held twice a day — for Ravana. Supporters of Ravana are rather few though and there have been many occasions where people have tried to wipe off the name of Ravana from a house or shop in Bisrakh.

“Such incidents don’t bother us however as he means everything to us,” says Das nonchalantly.

Also read: A common song for our planet: Why I seek an Earth Anthem