Anyone here remember Devi Lal, India's deputy prime minister circa 1990? In his short and unimpressive stint at near the top, he had once found himself at the centre of an infamous run-in the Indian government had with the English language. Much like the mindless and uncalled-for blowout Indians had against Shashi Tharoor for his choice of an English phrase a few years ago. 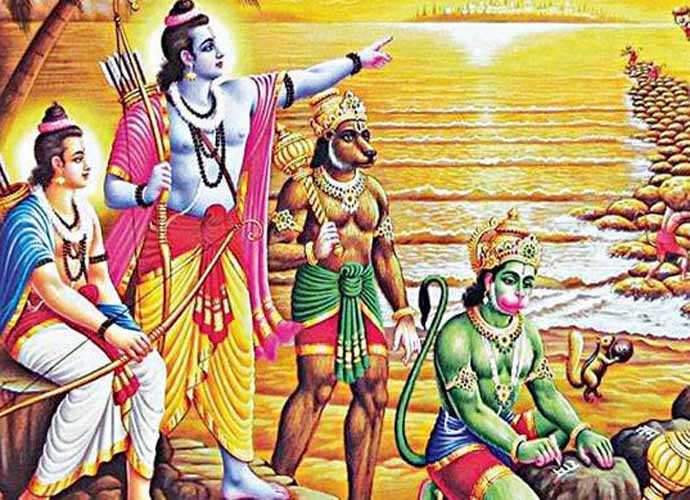 I am reminded of Devi Lal and Shashi Tharoor today because of what's happening with Indologist Audrey Truschke, the current pet hate of the wide swathe of self-styled Hindu devotees of Lord Rama.

Actually, Truschke, assistant professor at Rutgers University, New Jersey, has been the practice target for Hindu bigots for a couple years since she published a fascinating, as-yet-undetailed narrative on Aurangzeb. Citing unimpeachable historical and mostly primary sources, Truschke's book showed that the 17th-century Mughal emperor was not, and much more complex than, the anti-Hindu Islamic fundamentalist per his image the Hindus of the RSS persuasion have pedalled for decades.

Over the last few days though the attacks on Truschke have exploded thanks to her tweet - she's forever on Twitter, swatting away nasty Indians with admirable nonchalance - in which she suggested that the original Ramayana by Valmiki, in Sanskrit, has Sita, the Lord's wife, berating him for being, among other things, a "misogynist pig".

In 1990, as the deputy to then prime minister Vishwanath Pratap Singh who headed a ragtag minority national government, Devi Lal increasingly found that he had been royally had, that he was deputy prime minister only in name. In politics, too, Devi Lal found, the charismatic Thakur prime minister from UP had entirely sidelined and overshadowed him.

Grouchy and grudging, Devi Lal rebelled in just a few months, wrecking his bonhomie with the prime minister. Naturally, he found himself farther into the wilderness because, hey, who sides with the loser? The crisis in the Indian government prompted the London-based The Economist, one of the world's most prestigious news publications, to write a short piece on Devi Lal's singular dissent, labelling him "rogue elephant".

In short order, that single phrase brought the might of the Indian government down on the 19th-century magazine. How dare The Economist call Devi Lal rogue? And elephant? WTF. So, soon as copies of that issue of the magazine landed at the New Delhi airport, government officials zoned in and confiscated the whole wad. Not one copy of the magazine made it to newsstands anywhere in India.

Of course, "rogue elephant" is a standard English language phrase that the Merriam-Webster dictionary defines as "(1) a vicious elephant that separates from the herd and roams alone; (2) one whose behaviour resembles that of a rogue elephant in being aberrant or independent". Obviously, The Economist had intended the latter for Devi Lal. Mercifully, that whole forgettable bunch of self-serving politicians forming that "third front" government collapsed in just a few months, burying Devi Lal politically long before he passed on.

With Shashi Tharoor, I'm sure most of you will easily recall the venomous unloading on him when he spoke of the "cattle class", once again a standard English language term that speaks colloquially of the economy seats on an airplane. Despite the enormous advantage of having the internet at hand to check and confirm what it meant, a benefit denied to Devi Lal and his apologists, tens of thousands of Indians thought they knew their English well enough to rip Tharoor for calling economy travellers cattle, which he, of course, hadn't. Cattle class, simply, means seating the way cattle are herded together, without much space between them. But why am I even explaining this?

And now Truschke. Dafuq are you, the Indian twitterati has erupted, to call Ram a pig? That Sita in the original Valmiki didn't exactly say "pig" when accusing Ram of being a misogynist gave the Hindutvawadis their "gotcha!" against Truschke. You bitch, tell us where Sita calls Ram a pig in the original Ramayana, or we'll rape you slash murder you slash send you to hell, etcetera. Poor Truschke. She's now been trying to tell them translations are all about colloquialism. And misogynist pig is as much about being a pig as rogue elephant is about either rogue as in rascal or an elephant. Or cattle class about cattle.