Delhi court asks victim to prove rape. And you wonder why encounters are hailed?

A Delhi court put the onus of proof on the victim.

A woman in Telangana's capital Hyderabad was set afire and turned to ashes after being raped. Another from Unnao in Uttar Pradesh has succumbed to her 90 per cent burn injuries after fighting death. Burn which she sustained because she reported rape. As the accused in the Unnao case stepped out of jail on bail, they waylaid the woman on a desolate stretch of road, chased her and set her afire.

So desperate is the situation that the apparent custodial killings of the four accused in the Telangana case have been met with loud cheers and a chorus for an encore of this form of 'instant justice' with all rapists.

More than anything else, this clamour for 'faisla on the spot' stems from a growing frustration with the judicial process under which acquittals in rape cases are more a norm than exception.

Rape is more difficult to prove because the victim can't always produce injury marks. More often than not, it takes women months, even years, to muster the courage to report rape. By then, most evidence to 'prove' rape is lost.

There is very little debate in the country on how such cases should be dealt with. It is precisely this lack of discourse that allowed court in the national capital of the country to quote the delay in reporting rape as ground for acquitting the man in question.

According to a PTI report, a Delhi court acquitted a man of the charge of raping his maid on the grounds that the victim "contacted the police after three months".

There is no law in the country that sets a timeframe within which a rape case needs to be reported.

Supreme Court advocate, Pragya Parijat Singh, says, "There is no time limit to report a rape case because it is a criminal matter. The statute of limitations [prescribing a period of limitation for the bringing of actions of certain kinds] does not apply to cases of rape. Rape falls under the category of heinous crimes. Even if it's a 30 or 40-year-old case, you can go file a rape case... There have been cases that have been as old as 10 years and they have been adjudicated upon. A delay of three months is nothing."

"This case seems to have fallen through because the prosecution couldn't establish the case," Singh said.

It is true that the court only sees and delivers orders on the basis of the evidence that is presented before it, but the observations that a court makes become precedents. They may also deter women from coming out and reporting rape.

The other ground — shocking, this too — the court found for setting the man free was that the woman continued working there even after the incident.

Additional sessions judge Umed Singh Grewal said while delivering his verdict, "No lady, who had been raped recently by the employer, would again join him because it would send a clear signal to the employer that she was ready and willing in that kind of activity. Such return would definitely make an employer believe that the girl was desirous of indulging in sexual activities with him."

No one, including a judge, can decide how a woman responds to rape and how she leads her life after the incident.

By now, we also know men do not need to 'receive' any signals from women to rape, no woman sends such a signal that the men's antennas catch. They rape women in short skirts, to those in high heels, to those venturing out late at night, to those saying 'feeble' nos. They also rape six-month-old babies, toddlers and teenage children. And the 90-year-olds and the infirm. There is no discrimination here. None at all.

By saying that the signal came from the woman, the court only helped in reasserting the thousands-of-times refuted argument that women can avoid rape by behaving a certain way.

The court also said that the woman, who had continued working in the same house after the incident, did not fall in the category of 'sterling quality' evidence. 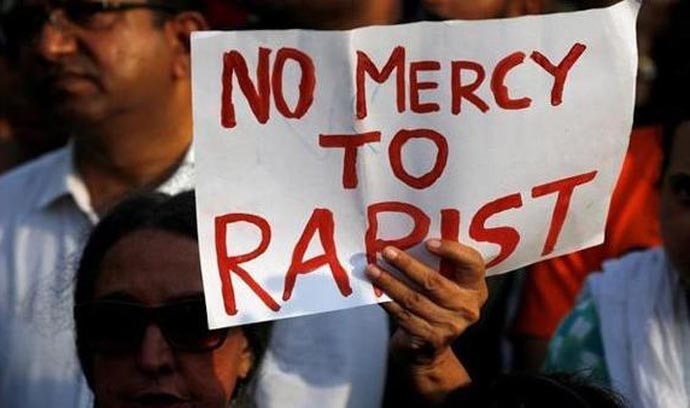 Will women have to quit jobs to prove they were raped at the workplace? (Photo: Reuters)

The woman in this case was economically and socially at a disadvantageous position in comparison to the man in question. Many women continue to work in their offices or wherever else they are employed because of economic compulsion.

Will the women have to quit jobs to prove they were raped at the workplace?

Also, the onus of presenting evidence — sterling or otherwise — shouldn't lie with the victim.

It is possible this was a false case, or that the prosecution did not present strong enough evidence to prove that rape happened.

But the language the court has chosen to dismiss the charges sets a bad precedent.

It is such apathy towards rape victims and survivors which has led us to a point where we as a nation are hailing public killing of rapists. The courts need to set the house in order. They can begin in-house.

Also read: Six #MeToo stories you will not read about on the internet

#Doctor raped, #Hyderabad rape case, #Telanganaencounter, #Rape
The views and opinions expressed in this article are those of the authors and do not necessarily reflect the official policy or position of DailyO.in or the India Today Group. The writers are solely responsible for any claims arising out of the contents of this article.