DailyOh! Instigators of Republic Day violence, to why Sourav Ganguly is in hospital again

Twitter has suspended over 500 accounts for allegedly instigating violence.

When the violence ends, the search starts. Investigators don’t need to think too hard over what to search for because investigators know the next day they have to look for instigators. Before we get to the instigators, let’s identify the investigators because that is the easy part. The investigations into the Republic Day violence are being led by the Crime Branch of the Dil Ki Police, Delhi Police, whose 300 personnel are injured, two of whom are in the ICU. 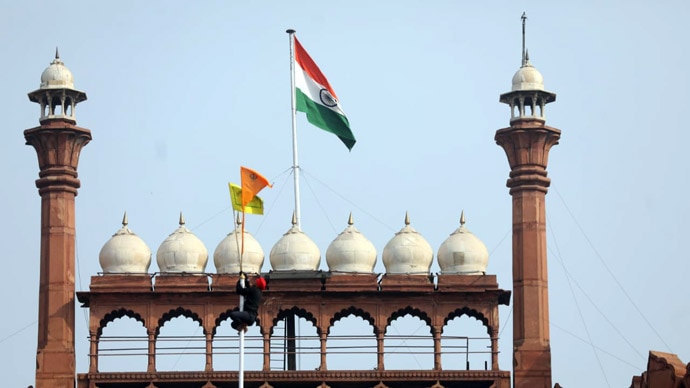 Twenty-two FIRs and over 24 hours later, 200 people, who were detained yesterday, the Delhi Police has arrested them. In its own investigation, Twitter has suspended over 500 Khalistani accounts which allegedly instigating violence and spread misinformation about farmer protests and bills.

The Special Cell too may join in the investigation. The other investigators in the case, of course, are people on Twitter. They are tweeting and retweeting videos and ‘facts’ they know or got to know. In one such video spokesperson of the Bhartiya Kisan Union, Rakesh Tikait, is seen and heard speaking. He has been seen speaking on behalf of the farmers since the start of this protest and even earlier because he is, well, the spokesperson. But it is what he is heard speaking in the latest video that can provide some clues to the investigators in their search for instigators. The video shows Tikait asking farmers to join the tractor rally with jhanda and danda “because the government is not listening”. He then tells his listeners, “samajh jaeeyo saari baat (try to understand it all)”. Asked today about why he asked people to get danda, Tikait said, "Dande ke bina jhanda kaise lagega" (sticks are necessary to put up flags).

Was this a veiled instigation? Ask Crime Branch but give them some time to investigate. Also, give them time to heal from the injuries they have suffered. On the farmers’ side, Navreet Singh would never heal because he died yesterday driving a tractor as part of the rally. Whether he died because his tractor turned turtle or whether his tractor turned turtle because a tear gas shell hit him is also a matter of investigation with the Crime Branch.

Now, two people who have emerged as instigators are Deep Sidhu and Lakha Sidhana. Let us first take a look at the word instigate before we get to the instigators. Instigate, the Word Of The Day, comes from 16th-century Latin word instigare, where, 'in' meant ‘towards’ and 'stigare' meant ‘prick or incite’. Instigate is generally used to mean ‘to cause something bad to happen’ but instigate could also be used in a neutral sense. For instance, the government instigated a programme of farm reforms. You could say the programme instigated protests. But who instigated the violence at the protests?

We told you the frontrunners for the blame so far are Deep Sidhu and Lakha Sidhana. It is being said the two arrived two days ahead of the tractor rally and gave provocative speeches at Singhu border. Both had been part of the farmers' campaign since November. Farm leaders have distanced themselves from the violence but plan to stay with the protests that have been ongoing since November 2020 on Delhi’s borders.

After the violence seen yesterday, there will be no farmers’ rally this coming Monday. Why was a farmers’ rally planned on February 1? To celebrate the Budget Day on lines of Republic Day. What about today? Two farmer unions have withdrawn from the protests. The Rashtriya Kisan Mazdoor Sangathan and Bhartiya Kisan Union (Bhanu) will no longer be part of the farmer protests.

Today, BCCI chief Sourav Ganguly was taken to Kolkata’s Apollo Hospital after he complained of chest pain. The former Indian men’s cricket captain had recently undergone angioplasty in one of the three arteries that had blockages. When he was discharged, it was said he might be undergoing another angioplasty soon. Between today and the day Sourav Ganguly was discharged, his elder brother Snehashish also underwent an angioplasty. So, there is a family history of heart ailments which has driven Dada to the hospital twice in just about one month. 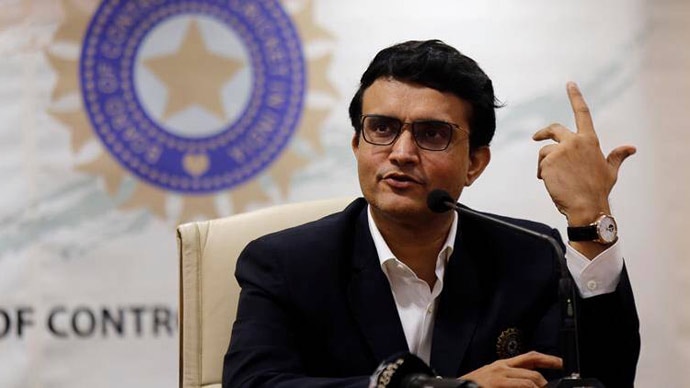 Who else is in the hospital? Expelled AIADMK leader VK Sasikala. Sasikala was released from jail today but couldn’t walk free even after being in prison for four years because she is in hospital. What's ailing her? Covid.

Sasikala is known more as former Tamil Nadu Chief Minister J Jayalalithaa’s aide than AIADMK’s expelled worker. Do you know how Sasikala got to be so close to Amma? It is storytelling time then.

In the 1980s, Sasikala used to run a video renting and recording shop. Jayalalithaa was then the Propaganda Secretary of the AIADMK. Amma didn’t know Sasikala even though the latter knew about her. It is said Sasikala was mad about films and dreamt of living like a star. Forget living the star life, Sasikala had to fight for daily survival when her husband Natarajan lost his job as PR officer in Tamil Nadu government during the Emergency in 1976. Sasikala reportedly pawned her jewellery to make ends meet. The video shop was also going on.

Sasikala then asked Natarajan to ask his friend IAS Officer and District Collector of Cuddalore VS Chandralekha for help. The help wasn’t monetary. The couple asked Chandralekha to introduce them to Jayalalithaa. Sasikala had a plan ready. When she met Jayalalithaa, she said that she wanted to shoot a propaganda video with her. A chord was struck.

But the relationship blossomed when MGR died and Jayalalithaa was cornered in AIADMK. VN Janaki, MGR’s wife had been made Chief Minister of Tamil Nadu by members opposed to Amma. Sasikala summoned her relatives and a gang of 40 people from Mannargudi to ensure no harm was done to Amma. The chord was now as strong as a chord could get. Yes, there were ups and downs but they stayed together and amassed wealth that went beyond their known sources of income. They call it disproportionate assets. The four-year jail term that ended today for Sasikala was the same reason.

Sasikala’s jail term has ended on the same day a memorial in honour of Amma was unveiled. Just to clarify, we are calling Jayalalithaa "Amma" because people gave her that name and then she gave that name to many government schemes such as Amma canteen. Amma’s memorial should remind you elections in Tamil Nadu are being held this year.

People have expiry dates, all people. Their memories too. So you have to remind people of people from time to time. Time is running out for vaccines that were pre-produced.

Both the Covid-19 vaccines, Covishield and Covaxin, have an approved shelf life of six months. Now, some of the doses are already a few months old and need to be taken to people as soon as possible to protect the vaccine that will then protect us from coronavirus.

The Supreme Court will not protect Tandav makers and actors from arrest. The top court has rejected the plea the actors and makers filed seeking such protection. The Supreme Court has also put on hold the order on groping that Bombay High Court passed on January 19.

The order, as you may have read, said that the groping of a minor cannot be considered sexual assault without "skin-to-skin contact" or if clothes were not removed. The courts pass an order and you can challenge them. They can then revisit their orders. This is called rule of law. You may not like rules, but rule of law is in everyone’s interest – both investigators and instigators.

We will leave with a movie recommendation. Sand Storm by Israeli filmmaker Elite Zexer.

#Sourav Ganguly, #Deep sidhu, #Rakesh tikait, #Republicdayviolence
The views and opinions expressed in this article are those of the authors and do not necessarily reflect the official policy or position of DailyO.in or the India Today Group. The writers are solely responsible for any claims arising out of the contents of this article.