What were the four drops Jaya Shah wanted Rhea to mix in coffee, tea or water?

If you have friends, call and text them enough to keep a record of your friendship. If you have friends, don’t call and text them for matters related to drugs. More importantly, DON'T do drugs. These are life lessons many are learning in the wake of Sushant Singh Rajput losing his life. To what did he lose it is a matter under probe. The probe has been joined by Narcotics Control Bureau (NCB) and was joined by Central Bureau of Investigation (CBI) just this month, which is two months after the loss of life. So over two months after the death, Enforcement Directorate (ED) has summoned talent manager Jaya Shah who was purportedly asking Rhea Chakraborty in a WhatsApp chat to “Use 4 drops in coffee, tea or water, and let him sip it. Give it 30-40 mins for it to kick in.” The speculation is that the drops that Jaya is referring to are drug drops.

But CBI is in no hurry to initiate action because, whether immediate or delayed, action in cases of drug deals is to be taken by the NCB. NCB’s action on drug deals linked to Bollywood is neither delayed nor immediate – it is denied. The probe is still on, because why should life alone go on? 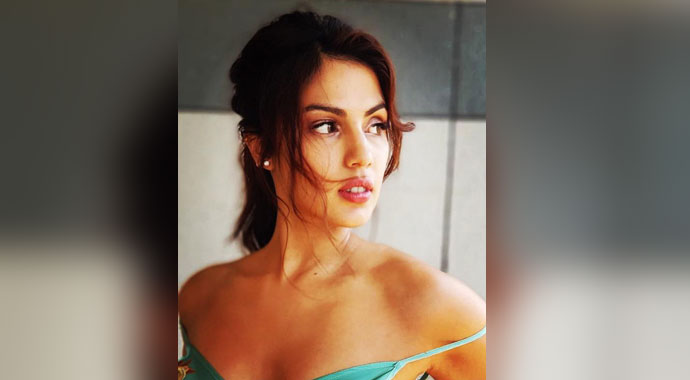 Rhea, meanwhile, has denied any links to drug deals. Many say this denial is on expected lines and that’s fine because why should there be pressure to say things on unexpected lines.

Sushant’s story, which started after his own sad end, would need more than a movie to be told. Yes, a web series can do the job. Guess who has a problem with a Netflix series — Bad Boy Billionaires — now? Bad Boy billionaire Mehul Choksi. In an extreme show of his accommodating spirit, Bad Boy Mehul doesn’t want a ban on the show, but wants that it be shown to him before being shown to the public. The show apparently has a two-minute piece on his fugitive nephew — Nirav Modi. In those two minutes, Mehul is mentioned. The Delhi High Court has adjourned the matter till Friday.

The SC has told the government: You locked down the whole country. Now you find the key. As in, give relief to people.

When the government clears its stand on the issue next week, we will let you know what the clear stand looks like. That will happen next week, but today happens to be Women's Equality Day. This is not a global event but an American day to commemorate the 1920 adoption of the 19th Amendment to the United States constitution. Don’t bother yourself with which amendment it was because that question is unlikely to crop up in NEET and JEE papers — admit cards for which have been issued (also downloaded) amid protests against the exams.

It still won’t harm to know what the 19th amendment (whose number is not our concern) says. The amendment which came into effect on August 26, 1990, prohibits the states and the federal government of US from denying the right to vote to citizens of the United States on the basis of gender because all genders are equal.

Equality, the Word Of The Day, comes from the Latin word ‘equal’. The root word is equally shared by many words like 'equator' and 'adequate'. Also, 'equal'. ‘Equ’ is easily recalled through the word 'equation'. Both sides of an equation are, by definition, equal. What applies in the definition may get lost in the calculation, but the quest to find it should remain on.

In 2020, we have seen many catastrophes which have been unparalleled. The rising of Yamuna waters in Delhi, however, have many parallels. The worst of it came 42 years ago — in 1978 —when floods submerged the capital. The water level in the Yamuna is expected to rise with more rains being forecast. (Photo: Reuters)

Work on embankments had started in the 1960-1970s. In 1978, the work wasn’t complete and then Delhi got caught amid unprecedented rains. In 2020, there are embankments on both sides of Yamuna and they are complemented by about 20 shanks (concrete structures) and 10 bunds.

None of them can check the rise of coronavirus cases in Delhi. For that to happen, Chief Minister Arvind Kejriwal said Delhi will scale up testing to 40,000 per day by next week. After over 40 days of going down, Covid cases are rising again in Delhi.

From Delhi, let’s connect to Kolkata. That is what Sonia Gandhi thought of doing after doing away with the internal rebellion. Party unity restored, she thought of uniting the opposition. The cause around which the opposition is uniting is the JEE and NEET exams. But other issues were also discussed like GST dues nonpayment to states.

Seven chief ministers have moved SC demanding that the exams be cancelled. None of the CMs come from the party whose supreme leader is the author of Exam Warriors.

Opposition parties say holding exams amid the pandemic poses a risk to the health of students. This, mind you, discounts the mental health risk exams pose at any time. Actor Sonu Sood, however, has raised another concern. How will students in flood-affected areas reach to give exams? Public transport isn’t fully operational in many parts of the country. Even if it is, when Sonu Sood says students can’t reach, then they sure can’t. End of debate.

As for the Supreme Court which will hear the appeal from the seven CMs, the apology from Prashant Bhushan is still not in sight. Out of sight but completely on SC’s mind is 'Project Apology', which looks headed nowhere.

#Narcotics, #Drugs, #Neet and jee exams, #Sushant Singh Rajput
The views and opinions expressed in this article are those of the authors and do not necessarily reflect the official policy or position of DailyO.in or the India Today Group. The writers are solely responsible for any claims arising out of the contents of this article.