The behavioural economist has acted as a crucial bridge between the biased ‘human’ choices and the perfect ‘econ’.

University of Chicago’s Booth School of Business has reasons to cheer, though Indians may not be all that amused because it’s not the name familiar to us that won this time. It is not Raghuram Rajan, but Richard H Thaler, or the “Nudge theorist”, who has been awarded the highly prestigious Nobel Prize in Economics for year 2017.

Thaler has long been hailed as a crucial connecting link between the imperfect and biased “human” choices in economics and the perfect “econ”, or unit of economic transaction that’s absolutely rational and chooses as per the best interests and outcome of the market forces. Thaler, along with his co-author and Harvard Law School academic Cass S Sunstein, wrote Nudge: Improving Decisions about Health Wealth and Happiness in 2008, which was an instant best-seller and shaped the humanised discourse of economics, also known as behavioural economics.

“By knowing how people think, we can make it easier for them to choose what is best for them, their families and society,” wrote Richard Thaler and Cass Sunstein in the book.

Thaler was picked, as per the Swedish committee, for the US $1.1 million prize, or 9 million Swedish kroner, because his “contributions have built a bridge between the economic and psychological analyses of individual decision-making. His empirical findings and theoretical insights have been instrumental in creating the new and rapidly expanding field of behavioural economics, which has had a profound impact on many areas of economic research and policy”.

Richard H. Thaler demonstrated how nudging – a term he coined – may help people exercise better self-control e.g. when saving for a pension.

Thaler’s intervention and explanation suggested that small changes could encourage people to make different, and more beneficial in the long-term, decisions. For example, in Britain, the automatic inclusion of private pension in the employees’ salaries helped the Brits see way more savings, than they would otherwise have. Thaler’s research had “profound impact on many areas on economic research and policy”, as well as help governments device methods and policies tweaking the rules ever so slightly exploiting common behavioural traits but helping citizens make better use of their money in the long run.

In addition to UK pension policy, Thaler’s research has seen useful application in Spain and France, where every citizen is automatically registered for organ donation unless they “opt out” and “choose to state so”. Both France and Spain are leaders in global organ donation, and having this policy has encouraged citizens, who would have otherwise postponed perennially the decision to opt in, to not opt out.

Thaler is of the opinion that “good economics is essentially human”, which is against the grain of classical theories of perfectly working market forces and perfectly rational and self-interested human actors.

Yes! Behavioral econ is the best thing to happen to the field in generations, and Thaler showed the way https://t.co/dgHaUAlgAq

In his most recent book, Misbehaving: The Making of Behavioral Economics, Thaler further expands on his theory and says that traditional theoretical economics fails at many level to be adequately human, because it deals with the ideal and the perfectly rational. Classical economics repeatedly fails to explain “anomalies”, which are basically behavioural differences in various circumstances of making the same economic decision. 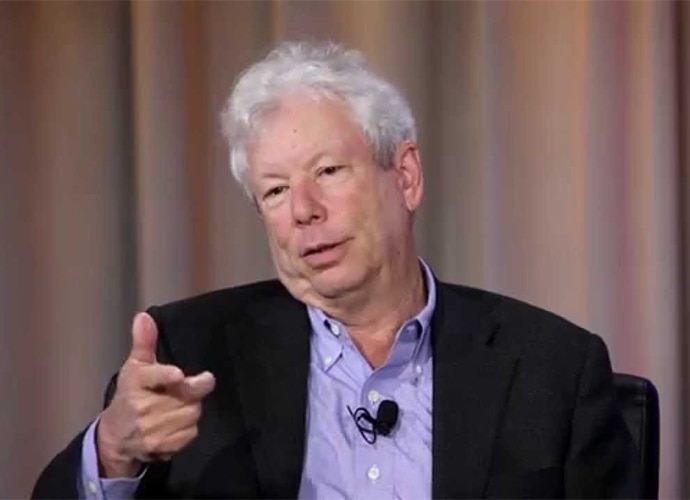 The biases and the individual condition, which varies from situation to situation, class to class, and depends on axes of interpretation and analysis such as gender, race, age, class, education, health, language and proficiency, among others, are hardly “anomalies”, as classical market fundamentalism would want to see it as. The psychologisation of economics also has resonances in welfare economics which is responsive to human condition, such as poverty, discrimination and other inequalities, in order to do “good economics”.

There are some critiques of Nudge Theory, which say that this is classic big government and big state acting benevolently for the subject, who are irrational and know less than the patronising state. There are also accusations that the theory of behaviour economics curtails civil liberties by depriving citizens of essential choice in matters and often not adequately providing them with information that they could fully exercise to function as adult citizens.

The Economics Nobel was not part of the original prizes set up by dynamite mogul Alfred Nobel, and was incorporated only in 1968 by the Royal Swedish Academy of Sciences in Nobel’s memory, and is officially called the Sveriges Riksbank Prize in Economic Sciences in Memory of Alfred Nobel.

Thaler has expressed his interest to spend the prize money “as irrationally as possible”.