Why river linking will prove disastrous for India's water resources

The conflict over the Mahadayi river (known as Mandovi in Goa) between Karnataka and Goa is classic. The river, a small, seasonal river flowing through the drought-prone areas of north Karnataka and freshwater-parched north Goa, is caught in a tussle over whether the water should go for agriculture, or fisheries or domestic use. Ramakrishnan's assertion that the Karnataka bandh over sharing of the Mahadayi is more about politics than the river, holds strong ground. That two more bandhs are timed around the visits of Prime Minister Narendra Modi and Congress president Rahul Gandhi to Karnataka in the run-up to the state elections further consolidates politicisation of the river sharing issue. However, his relatively straightforward solution of "bringing back the National Water Grid" does not consider the various economic, geographical, environmental and social aspects of the issue, and falls short of affectivity and holism.

A great idea on paper

The National Water Grid, also known as the National River-Link Project (NRLP) is not a new idea; it was first conceived by the British more than a century ago. In the early 2000s, the NRLP came back into focus. India back then was increasingly reeling under simultaneous floods and droughts, increasing water demand and scarcity due to a burgeoning population, and the onset of impacts of climate change. The NRLP, which proposed to link the perennial and flooding rivers of the Indo-Gangetic plains with the seasonal and parched rivers of western and peninsular India, instantly caught everyone's fancy.

The idea continues to enjoy a strong support to this day. However, it does not seem to consider that India's perennial rivers are located at the sea level, while its seasonal rivers are largely located at a higher altitude (at least 100 metres over sea level). About 3,700 MW would be required to lift water from the northern plains to the peninsula. Further, the cost of the NRLP has been estimated to be Rs 5,60,000 crore in 2001 (more than the GDP of the North East in 2014-15); 17 years down the line, one can only imagine the gigantic proportion to which it has multiplied. While the NRLP promises to generate almost 10 times the energy it would consume in lifting the transfer waters, growing cost of hydroelectric projects against the backdrop of rapidly decreasing cost of solar energy no longer make hydroelectricity a viable energy option in India.

There is also no consensus on the definitions of "surplus" and "deficit" river basins; whether the base for such a labelling is supposed to be scientific or anthropological remains a matter of debate. The NRLP also underplays the importance of water flowing from rivers into the sea for its water cycle and its unique monsoon climate, by implying that the water is being "wasted" as it runs off into the seas.

Since independence, the construction of 4,300 large dams has displaced more than 4.4 million people across India. Both central and state governments over the years have a poor record of executing rehabilitation and resettlement (R&R) measures. As a result, displacement from ancestral homes and stable livelihoods has stretched across generations. If this continues, a network of nearly 3,000 dams connecting 37 rivers can wreak havoc and rupture the social fabric of the country, leading to serious civic unrest and instability. It is high time the construction of every major water structure, be it a part of NRLP or not, is complemented by a timely and robust execution of R&R. 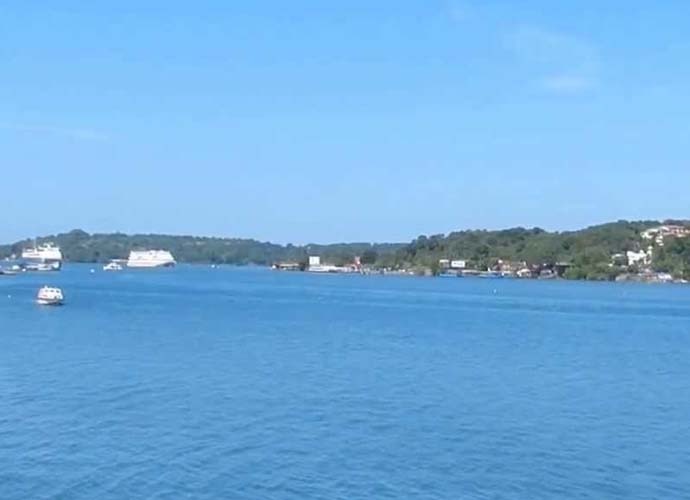 Another drawback of implementing large-scale water structures is the neglect of environmental costs. While Environmental Impact Assessments (EIAs) are conducted for every project, they are more of a prickly formality to be completed. A major example of their neglect is the series of hydropower projects constructed in Sikkim despite explicit warnings of "high seismic activity" in the state. An exponential increase in such projects under the NRLP, can lead to environmental disasters of unprecedented proportions. Rivers are not buckets from which water can be drawn and transferred at will; they are complex, living ecosystems, with hydrological properties varying from their source to their end, and supporting unique flora and fauna, aquatic and terrestrial, as per their geography and climate.

Indiscriminate mixing of rivers can seriously harm biodiversity and fragile ecosystems, and can have a widespread impact on agriculture, food and water security, and public health. Combined with mishandled large-scale human displacement, these disasters can set the ground for intense conflicts among communities and states, destabilising the country and its progress.

Further, diversion of water from trans-boundary rivers such as the Kosi, Teesta, Brahmaputra and Ganga, is stiffly opposed from Nepal and Bangladesh, our neighbours and co-riparians. India is already dealing with water conflicts over the Yamuna, Kaveri, Narmada, Mahadayi, Godavari, Krishna and Mahanadi, not to mention tensions with Pakistan, China and Bangladesh over the Indus, Brahmaputra and the Teesta respectively. In such a scenario, India simply can't afford further water conflicts on the domestic front.

The fact remains that engineering and technology are still the most effective solutions to many of India's water woes. However, indiscriminate large-scale projects ignoring sound scientific, economic and socio-political arguments are not among them. India needs to move away from the techno-centric approach towards water resources and recognise their multi-disciplinary nature. Water issues need to be understood from a multi-faceted point of view and tackled with solutions that are localised, affordable and sustainable. Policy and execution should focus on managing water demand and ensuring equitable distribution of water among all stakeholders.

Actions such as metering of consumption, establishing crop patterns as per agro-climatic zones, implementing drip and sprinkler irrigation systems on a large scale, improving efficiency of water supply infrastructure, punitive measures to deal with water pollution, and large-scale wastewater recycle projects are all technological solutions, but they are more affordable, sustainable and socially viable than a spree of large-scale engineering.

Like any other precious resource, the use and maintenance of water resources (both surface water and groundwater) must be planned. Effective and holistic water resources planning aims at achieving economic efficiency, environmental sustainability and social justice, and tackling climate change impacts, with optimum use of appropriate technology. It will go a long way in solving, or at least minimising freshwater disputes, by making the most of technology as a regulatory, punitive or incentivising measure. This, and not a blanket large-scale engineering approach, is what India truly needs to deal with its water woes.