Does snowfall in Sahara desert suggest ice age is round the corner?

Mathematicians claim that by 2021 the temperature drop would be too visible to ignore.

As soon as we hear the word Sahara, we picture a vast expanse of land covered with sand. The largest hot desert in the world, Sahara, took a turn at surprising the world recently.

Up to 16 inches of snow blanketed the desert in the Algeria region on January 7. This was a result of a "freak" winter storm. This has happened for the third time in four decades. In 1979, a snowstorm lasting half an hour stopped traffic. Two years ago, snow settled for around a day, and the town saw snowfall again last year. 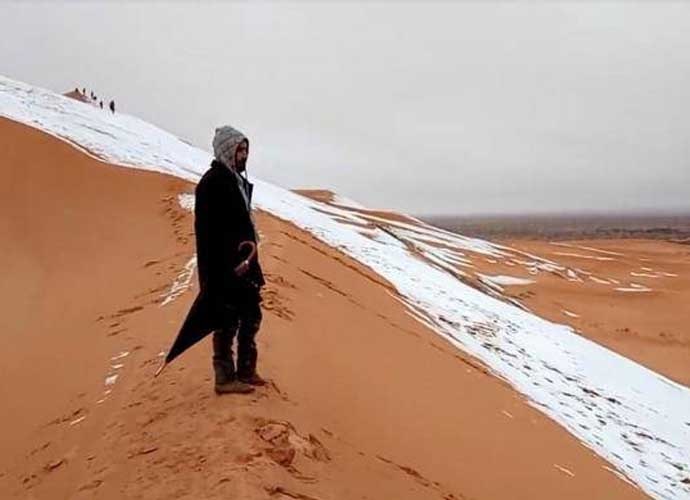 With the shift in weather as well as change in the tilt of the earth's axis, scientists predict that Sahara will become green again in 15,000 years.

Rare #snow covers the #Sahara #Desert in #Algeria – Second year in a row after 40 years of absence https://t.co/5v81PrFb0s via @Strange_Sounds pic.twitter.com/1arXOMEAKb

Breathtaking view of the Sahara adorned with snow pic.twitter.com/bOOcWAM0WJ

Photographer Karim Bouchetata, who captured the remarkable images, said: "We were really surprised when we woke up to see snow again. It stayed all day on Sunday and began melting at around 5pm." The snow melted by the evening bringing back the orange spots of the desert.

The phenomenon is, however, not limited to Africa and Asia. In United States, Florida was frozen with cold waves sweeping the entire country. Parts of Niagara Falls were frozen as well. The cold wave spread as far as Cuba in the American continent. The 2018 North American blizzard is said to have caused the disruption. 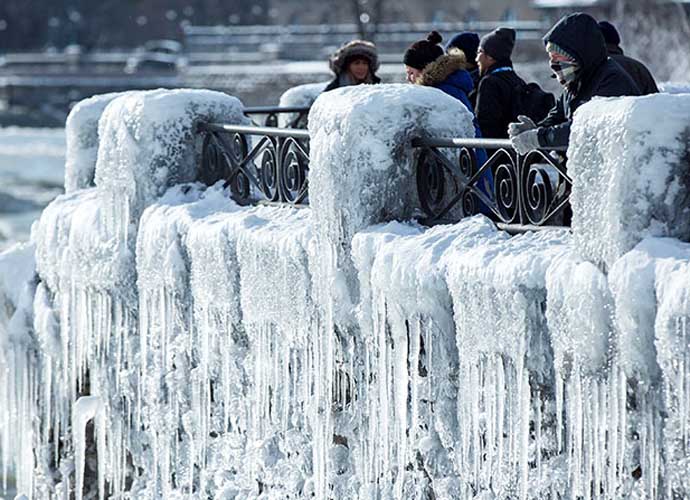 While there is no universally accepted norm as to what a cold wave is and how it comes to be, it is usually credited to low temperatures accompanied by strong winds. The danger is increased by the freak winter storms it causes. It is usually formed when very cold and dense air moves down from Northern Hemisphere during winter season with the core being a strong high pressure centre along higher latitudes. In Asia, Siberia would be a good example of where the cold wave starts. 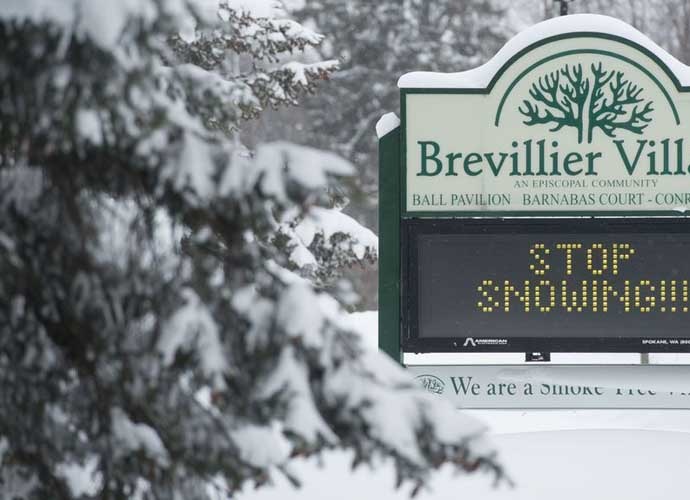 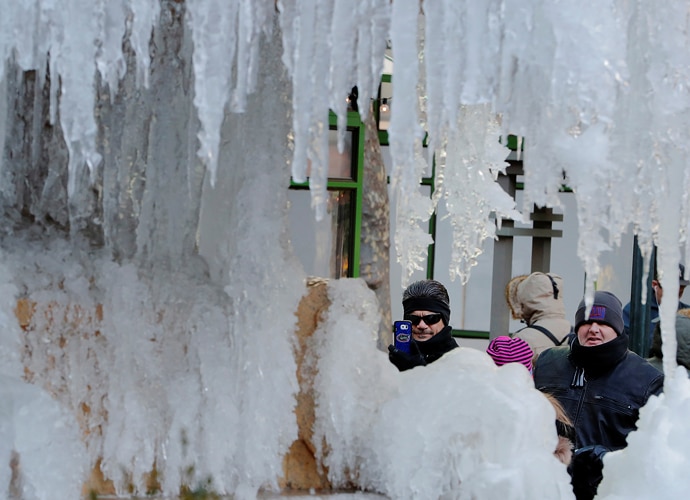 There are claims that global temperature is plummeting and that we would have a mini ice age by 2030. Mathematicians claim that by 2021 the temperature drop would be too visible to ignore. As per the pattern, there was a mini ice age back in 1646-1715. This, however, is attributed to changes in solar activities also known as Maunder Minimum. Valentina Zharkova, the head of the team, made it clear that this should not be attributed to global warming.

Irrespective of the technical terminologies, the wider consensus suggests that we are in for a drop in temperatures and pretty cold spell.

Also read: India losing miserably against South Africa in 1st Test is a reality check not just for Virat Kohli

Post your comment
#Ice Age, #Florida cold wave, #Cold wave, #Sahara snowfall
The views and opinions expressed in this article are those of the authors and do not necessarily reflect the official policy or position of DailyO.in or the India Today Group. The writers are solely responsible for any claims arising out of the contents of this article.