Salman Ahmad is a Pakistani rockstar, known for his bands Vital Signs and Junoon. As Pakistan heads towards polls, Ahmad, who is among politician Imran Khan’s closest advisors, spoke with Srijana Mitra Das about why Imran is so popular and so feared, the desire to rid Pakistan of dynasty, whether there’s military rule already in Pakistan — and the implications of Hafiz Saeed joining politics. Q) You are very close to Pakistan Tehreek-e-Insaaf (PTI) chairman Imran Khan. What do you think of moves to stop him from contesting elections based on his personal life?

Well, Imran Khan is a symbol of Pakistani nationalism — similar to what Amitabh Bachchan, Sachin Tendulkar and Mohandas K. Gandhi are to India.

For over four decades, Imran Khan has been loved and adored by millions of his fans — and hated by his critics and opponents. Over the last 22 years of his political struggle, his 'Insafians' stand by him, despite his 'U-turns', marriages and controversial choices of political candidates.

Pakistanis see Imran Khan as the only hope against the entrenched political dynasties of Sharif and Bhutto and/or Zardari.

If, in the unlikely event he were to be disqualified from contesting the 2018 elections, legions of women, youth and men across socio-economic, urban-rural, liberal and conservative divides would come out on the streets in protest.

There would be mayhem.

Q) His ex-wife Reham Khan’s book is causing great controversy. She names you as one of those close to Imran Khan. Why shouldn’t we believe her charges of Imran allegedly encouraging misogyny, etc.?

Ok, so, let's look at Imran Khan’s first ex-wife and my friend, Jemima Khan, who was married to Imran for over a decade and has been divorced for 13 years now.

Jemima has been instrumental in helping her ex-husband get a Pakistan Supreme Court certificate of 'sadiq' and 'ameen' ('honest' and 'righteous'). She has publicly challenged Reham Khan’s book and its alleged contents for being defamatory and libelous. 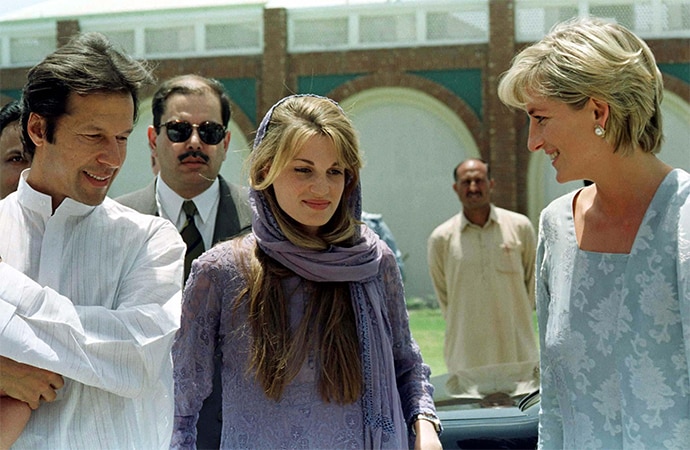 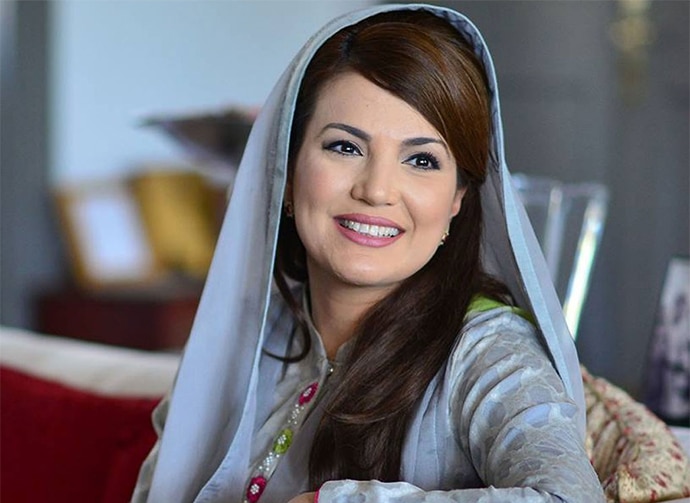 “On Reham Khan’s book I've been assured that it's too libellous to be published in the UK but if it is published here, I will be suing for defamation & breach of privacy on behalf of my (then) 16-year-old son & in relation to the moronic, re-hashed Zionist conspiracy theories. Sigh”.

On Reham Khan's book I've been assured that it's too libellous to be published in the UK but if it is published here, I will be suing for defamation & breach of privacy on behalf of my (then) 16 yr old son & in relation to the moronic, re-hashed Zionist conspiracy theories. Sigh

Q) What do you think about Hafiz Saeed contesting elections? Won’t his participation change Pakistan’s democracy into a more theological state?

I think that the relationship between extremism and moderation is a tenuous one in any nation. The masses and the message. [Photo: Reuters]

If there are strong institutions of justice and accountability, backed by strong leadership, extremism and violence cannot flourish. It's important for Pakistan to strengthen democracy and the rule of law. For this, free and fair elections and a robust media are a must.

With Imran Khan's leadership, Pakistan in the next five years can move toward centrism in culture and politics. IF the dynastic corrupt status quo can be defeated in the upcoming elections, strong institutions can be rebuilt.

In 1996, I recorded a song called Ehtesaab or accountability which was accompanied by a satirical video which poked fun at the corrupt status quo.

Junoon was banned by Nawaz Sharif then.

But karma is real.

Now, Nawaz Sharif has been banned by the Supreme Court for money laundering and concealing assets. 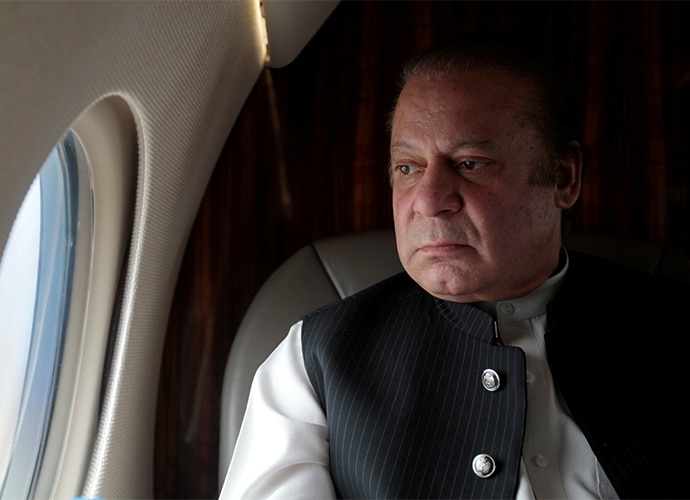 Not so Sharif? Pakistan's authorities suggest so. [Photo: Reuters]

I'm grateful as an artist to have played a small role in raising awareness and shaping young minds toward peace, rule of law and democracy. Art and culture are very powerful mediums to affect large-scale, positive social change.

Q) There is also speculation, given media blackouts, etc., about Pakistan being under informal military rule already. What is your take?

There is zero chance of a military takeover in Pakistan — the democratic cycle has seen two successive governments come and go.

Q) How important is India in these elections in Pakistan? Does Imran Khan, whose image is hawkish on Kashmir, desire cooperation with India?

Imran Khan is a nationalist — he has publicly stated that he would take positive steps toward solving the core issue of Kashmir with his Indian counterparts, along with all other contentious issues.

Khan’s vision of peace for Pakistan and India is based on his extensive personal and public contact with Indians of all backgrounds over the last 40 years.

One may say that Imran is greatly respected as a fair person across India, even among his critics.

Q) Meanwhile, we hear occasionally of Bilawal Bhutto’s rise — is he, and the Pakistan People’s Party (PPP), strong enough to sweep the Pak elections?

The PPP is hamstrung by the troubling legacy of Asif Zardari.

If Bilawal Bhutto can become his own man in the future, that may augur well for his chances as a national leader — but, at the moment, his young voice has been muffled by his insecure father. 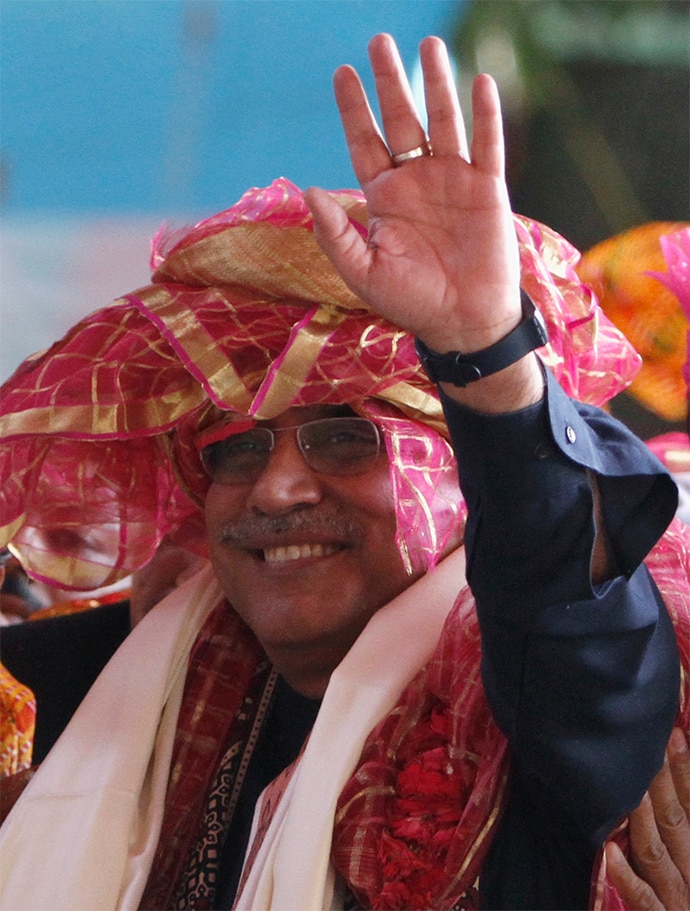 The PPP has lost its stature as a national party and will be seriously challenged to get any significant number of seats in the coming elections.

The main contest will be between the PTI and the Pakistan Muslim League Nawaz (PMLN).

Q) Which party is most likely to win the Pakistan polls and why?

My artistic intuition and views from scientific data inform me that the PTI will edge out the PMLN.

Imran Khan will form a coalition government with around 150 seats in the NA. Time will tell.

Junoon’s music and poetry has been the soundtrack for Pakistanis across generations over the last 25 years. We’re looking to tour across the world in the coming future.

Even in the forthcoming elections, all parties are trying to use Junoon's anthems as a way to rally the masses. 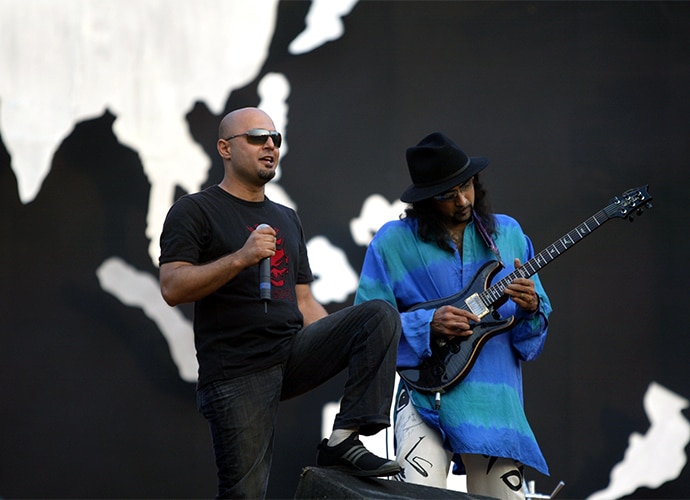 There is no danger of extremists hijacking the Junoon.