Serious number crunching kept twitterati busy on Sunday all for Salman Khan and Katrina Kaif-starrer Tiger Zinda Hai. The movie released on Friday, in a non-holiday week and made Rs 34.10 crore on day one. On Saturday, the amount reached Rs 35.30 crore, totalling to Rs 69.40 crore. On Sunday too the responses were so good that it is expected to cross Rs 100 crore.

The movie, a spy-thriller, is a sequel to Ek Tha Tiger, which released in 2012. With a whopping opening day collection of Rs 32.92 crore, Ek Tha Tiger became the highest opener ever, back then. It also became the film to rake in Rs 100 crore at the fastest rate, at that time.

Will it surpass Baahubali 2?

SS Rajamouli's Baahubali 2 collected Rs 40 crore on its first day, and reached the Rs 100 crore mark by the end of the opening weekend. Salman's fans expect Tiger Zinda Hai to match the figures.

As per reports from few trade sites, @TigerZindaHai is chasing mind-boggling number of Baahubali2.Yes,you heard it right, currently noon shows are running over 90% occupancy and if it maintains the same pace in evening and night shows then number will be in the range of 42-45cr

I’m in love with the title song of #TigerZindaHai I love you @VishalDadlani and @ShekharRavjiani !What a song! And Sukhwinder Singh, you’re THE BOSS!

Totally loved #TigerZindaHai . Salman looks breathtakingly hot in the movie. This is coming from a non Salman fan. I cant even imagine how his fangirls must have felt. Plus Salman has acted brilliantly. He is Indeed a Tiger.

Exclusive !! #EarlyTrends suggest a similar to some growth in Day 2 BO, this is despite a huuge start. Its really great news 😁🌟🌟🌟🌟🌟 #TigerZindaHai is on course for 100 century in 3days 💪 ... a 3rd for @BeingSalmanKhan after #Sultan #BajrangiBhaijaan #KatrinaKaif

#TigerZindaHai>>each & every time suspence,can't guess what is going to happen next,at 3 point u will get actually scared,remove desi actors u will feel like totally Hollywood,at end ur heart will ask for Part-3 🔥🔥"Best action movie of Bollywood " 4.8/5🔥

What I love about Bollywood is the convenience & super human powers with which our heroes can conquer any situation! 👊🏻What else can we ask for when we have Salman Khan doing what he does the best in #TigerZindaHai

#baahubali2 Sundays Record in Danger as #TigerZindaHai is running like a bullet train,  SUNDAY - 47 CR. 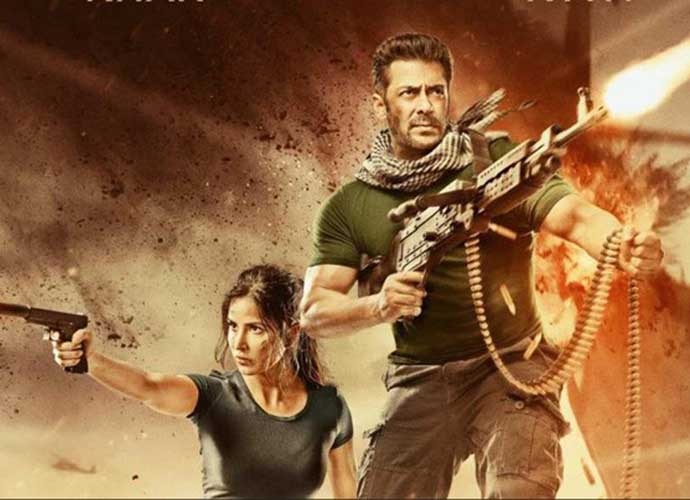 This is international tiger

#TigerZindaHai show is going HOUSEFULL even in Ontario Canada pic.twitter.com/3r9xRkLKPL

Didn't Expect #TigerZindaHai To Be This Good!🔥 Even Though The Storyline Was Not Very Strong But The Characters And Actions Scenes especially Of Katrina Kept Us Hooked On To Our Seats✨

#TigerZindaHai is on a phenomenal run in Gulf. The film has grossed approx $2.05 million in two days. In comparison, Dangal collected $1.67 million.

The collections from the film left many baffled.

Amid the serious calculations, some used the opportunity to indulge in laughter.

Salman khan will be playing #CCL in Hyderabad. As a precaution high security measures are applied at mrugavani resort so that deers can roam freely. #TigerZindaHai