What all Bollywood star kids have in common: A successful weight-loss story before a debut

We can't blame showbiz alone though. We are all in awe of those lose-20-kg-in-two-month stories!

Forget nepotism for a moment.

Think of how strange a coincidence it is that most of the star kids of the entertainment industry have debuted with a massive success story — notwithstanding the performance of their Bollywood debut at the box-office — their successful weight-loss journey.

There is not even an iota of fat-shaming involved. Instead, we wonder how this has been a shared journey for so many Bollywood kids, across families and genes — from Arjun Kapoor, Sonam Kapoor, Alia Bhatt, Sonakshi Sinha, Sara Ali Khan (to name just a few, there are Kareena and Parineeta too)— how everyone has ‘been there and done that’! And many have Salman Khan to thank for their achievement.

In her debut-before-debut (Kedarnath) in Koffee with Karan, Sara Ali Khan disclosed how her PCOD (polycystic ovarian disease) made it difficult to lose weight. And when Saif Ali Khan brought up the issue of her eating disorder (mostly pizza), she admitted to have overindulged while she was studying at Columbia University. Before her movie Kedarnath hits the big screens next month, she has already grabbed eyeballs for her very own fat-to-fit journey, without making others feel fat-shamed. “Of course, I used to eat a lot. I did have a good time. I was a regular kid. It made it very hard for me to lose weight and the hormone level was very high… there was a level of delusion in me… I was confident, I was delusional,” is how she describes her earlier self.

Arjun Kapoor, according to reports, used to weigh 140 kgs. Even after years of his debut in Ishaqzaade (2012), the actor still gets identified with weight struggle. Incidentally, Karan Johar (who too has weight issues, as he said) introduced Arjun on the latest episode of the talk show as one who has been on a keto diet (a low-carb, high-fat diet) like Karan himself is. It is said that at one point of time, Arjun could eat six burgers at one go. It was Salman Khan who inspired Arjun to come in front of the camera (as Arjun had done a few directorial stints before), in a glamorous six-pack avatar. 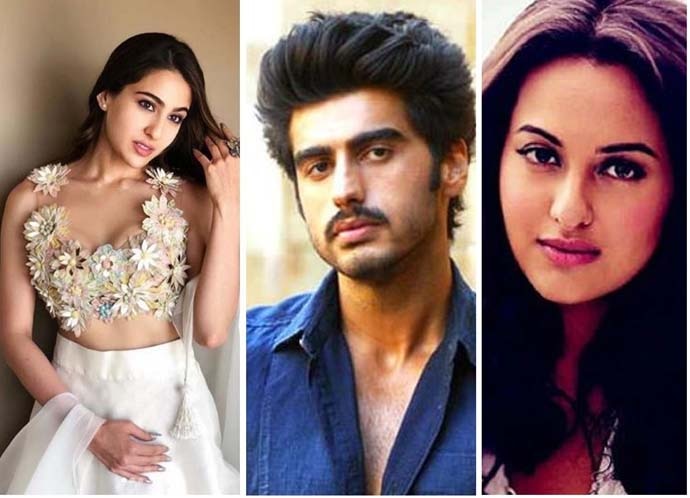 Sonakshi Sinha lost 30 kgs to enter the world of celluloid and she, too, had Salman Khan as the guiding star.

Karan Johar had apparently asked Alia Bhatt to lose 20 kgs before her debut Student of the Year. Now that Alia Bhatt has become a gym/health freak, Karan Johar apparently feels a bit bad and has apologised publicly for this body-shaming.

Before these star kids become so famous, their diet plans, nutritionists, gym instructors, fitness regimens and bajra rotis get famous on the Internet.

All these instances, once again, reveal that Bollywood is not an ideal place promoting body positivity, unless the character needs it, like what happened with Bhumi Pednekar (not a star kid) in Dum Laga Ke Haisha. But after the movie, Pednekar too nailed the one thing that everyone just has to do — script a successful weight-loss story.

But only Bollywood is not to be blamed.

We too are in awe of celebrities who have magically lost weight, unless they start throwing their weight around!

Post your comment
#Weight Loss, #Sara ali khan, #Entertainment, #Bollywood
The views and opinions expressed in this article are those of the authors and do not necessarily reflect the official policy or position of DailyO.in or the India Today Group. The writers are solely responsible for any claims arising out of the contents of this article.