A saviour called Savitribai: She stood tall against caste and gender oppression. Yet, Savitribai Phule is a forgotten hero

Although society threw cow dung at her, she fought for the right of Dalit girls to get an education, child brides to live with dignity and women to have equality in society. This bravery in 19th century India would be outstanding even today.

A liberator, a poet, a writer, a social reformer and a teacher, Savitribai Phule, was all this and much more.

In her lifetime, Savitribai published four books, opened several schools for Dalit and OBCs, including girls, and also set up a night school for labourers. She opened homes for destitute women and orphaned children, worked for the welfare of widows, even organised widow remarriages and started the Mahila Seva Mandal in 1852. 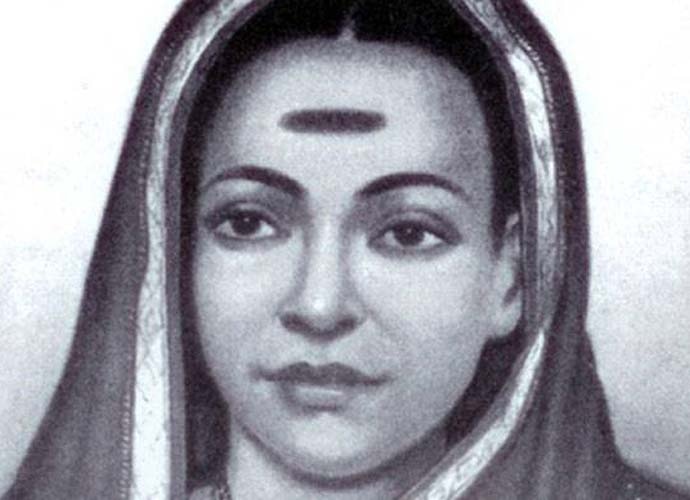 Lots of books have been written in Marathi about Savitribai Phule’s works and her extraordinary courage in providing education to Dalit girls at a time when the education of so-called Shudra and Atishudra (OBC and Dalit) women was prohibited — but Phule took on the might of the dominant Brahminical forces which opposed her efforts to educate Dalit girls. She, along with her husband Jyotirao Phule, campaigned tirelessly in this direction.

However, Savitribai’s contribution and her exemplary public life have been obscured, due to both casteist and sexist neglect.

Born in 1931, at Naigaon in Satara district, Savitribai was way ahead of her times. She was the first women who linked patriarchy to caste. Married at the young age of nine years to Jyotirao Phule, who was all of 13 then, Savitribai got her first education from her husband who started teaching her, despite the strong opposition he faced from his father.

Jyotirao belonged to the Mali community and the family was traditionally not supposed to get educated. Even Jyotirao Phule faced severe opposition when he was getting educated. Not only did Jyotirao get educated though, but he also educated his wife — and encouraged her to educate other women.

Savitribai got trained as a teacher in Ahmednagar in 1847 when she was just 16 years old.

She and Jyotirao started a school for downtrodden girls a year later in 1848 in Pune. By 1949, they had established schools in Pune, Satara and Ahmednagar, despite huge opposition from the dominant castes, especially Brahmins for teaching the marginalised, particularly women.

Brahmin youth threw cow dung at Savitrabai when she walked to her school and she was almost ready to give up — but Jyotirao kept encouraging her. He asked Savitribai to carry another sari with her, so that she could change into it after reaching school. Savitribai would thus walk to school in an old sari and on reaching, she would change into clean clothes. The slinging of cow dung at Savitribai, however, stopped one day when she finally slapped a Brahmin youth after getting fed up with the constant abuse and name-calling flung at her.

The Phule couple still paid a heavy price for their social service. Jyotirao’s father asked him to move out due to pressure from Brahmins in the area. Though Savitribai was not asked to leave, she decided to follow her husband and both moved out of their family home. Savitribai Phule chose to stand by her husband Jyotirao when he was asked to leave his home by his father. (Source: India Today)

By 1952, they had opened five schools and Savitribai’s efforts were finally recognised when she was awarded the Model Teachers Award the same year. The couple was felicitated by the Department of Education for their pioneering educational work on November 16, 1854.

The Phules entirely believed that every woman, man and child had the right to education and they spent their lives towards this endeavour.

Savitribai’s first collection of poetry, Kavya Phule, was published in 1954. Her poems are simple and the themes are about nature, education and the caste system. She exhorted people to break the shackles of caste-based slavery. Some of her poems encouraged people to focus on learning English as a way to overcome caste oppression.

Her poem, 'Go, Get Education', translated into English from Marathi (taken from the book, The Forgotten Liberator: The Life and Struggle of Savitribai Phule, shows how she was trying to get people from the OBC and Dalit communities to get educated, so they could fight and overcome oppression and caste bias.

Her second collection of poetry, Bavan Kashi Subodh Ratnakar (The Ocean of Pure Gems), was published in 1891. In 1856, Savitribai edited the speeches of Jyotirao Phule and in 1892, her own speeches and songs were compiled and published.

Among her other achievements were establishing a night school for workers and peasants in 1855. She also convinced barbers to not agree to shave the heads of widows and organised a barbers’ boycott.

With cases of child marriages being rampant back then, many child brides and adolescent girls became widows early in life. Such widows were defenceless against sexual exploitation by male members of their husband’s family. Such women were often ostracised if they conceived after forced intercourse. 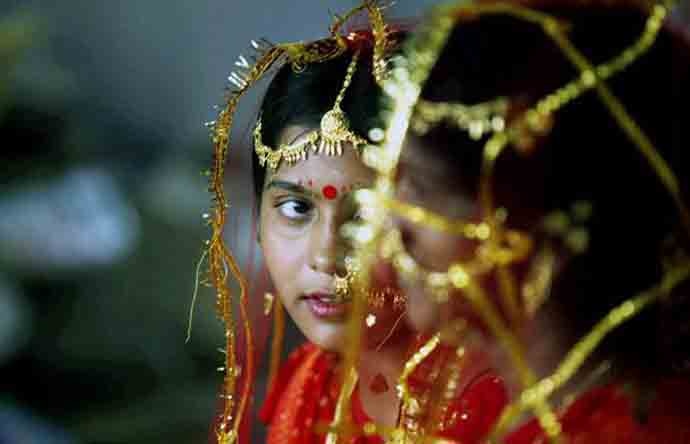 Savitribai was deeply moved by the terrible fate of child brides, who often became young widows. (Source: Reuters/Photo for representation)

So, the couple set up a home for the welfare of unwed mothers and their offspring in 1853.

Jyotirao Phule set up the Satyashodhak Samaj on September 24, 1873, and Savitribai stood along with her husband in questioning Brahminical hegemony. She headed the women’s unit of Satyashodhak Samaj and organised a marriage without any Brahman priest on December 25, 1873.

The childless couple adopted the son of a Brahmin widow, who was a close friend of Savitribai.

Together, the Phules were actively involved in famine relief and started 52 boarding schools for the welfare of children who were orphaned during famines.

When Jyotirao Phule died on November 28, 1890, Savitribai lit her husband’s funeral pyre. Such a defiance of patriarchy was unheard of back then.

She also took over the leadership of the Satyashodhak Samaj and worked tirelessly during the famine of 1896. She successfully lobbied the government to undertake relief measures as well.

In 1897, when an epidemic swept Pune, Savitribai personally took care of the sick, but in doing so, she herself was afflicted with plague. She died on March 10, 1897. Her adopted son Yashwant officiated her funeral.

Savitribai refused to let the disadvantages of caste, gender and class bog her down — she stood tall along with her husband, blazing a trail way ahead of her times.

It’s unfortunate that Savitribai, despite her many awesome achievements and path-breaking reforms, has failed to find an adequate place in the history of modern India.

Also read: Why we need to know the story of Savitribai Phule, India's first feminist

#Jyotirao Phule, #Girl education, #Kavya phule, #Savitribai Phule
The views and opinions expressed in this article are those of the authors and do not necessarily reflect the official policy or position of DailyO.in or the India Today Group. The writers are solely responsible for any claims arising out of the contents of this article.