September 6, the day the Supreme Court declared that the right to equality for Indians extended to the right to love, partially striking down Section 377, will not just remain memorable for the verdict, but for also how the historic ruling came to be celebrated by people cutting across sexual orientations.

India's party: The entire country celebrated the striking down of Section 377. (Source: Reuters)

The gay, the straight, the confused everybody erupted in joy to celebrate the right to just be whoever one is or chooses to be.

There were those who stood by the LGBT community in their long struggle for justice — and there were also those who had remained oblivious to the whole fight and why it mattered so much. Not to be left behind were brands that seized the moment and stepped out to express their joy and support.

No sooner was the verdict announced that brand after brand started painting their logos and products in rainbow colours, joining the party that had been thrown open to India as homosexuality was decriminalised. But as these advertisements were put up on social media platforms, there was instant condemnation for brands trying to capitalise on the development and appropriate the fruits of the victory.

Companies were questioned about where they had been all this while when members of the LGBT community fought a long, solitary and arduous battle, facing abuse, ridicule and even sexual exploitation, only for being who they are.

So. Many. Brands. have been quick to tokenise the #section377 verdict by slapping rainbow colours all over their ads. There has to be a better way to show solidarity (by actually practising inclusive hiring for eg.?) than instantaneous social media ads. ????

All brands now jumping over one another to celebrate #section377 hopefully you’ve amended your culture and hiring handbook to explicitly mention no discrimination based on one’s sexual orientation. This goes just beyond fancy graphics y’all.

So, should brands not be allowed to celebrate now because they were missing from the fight so far? 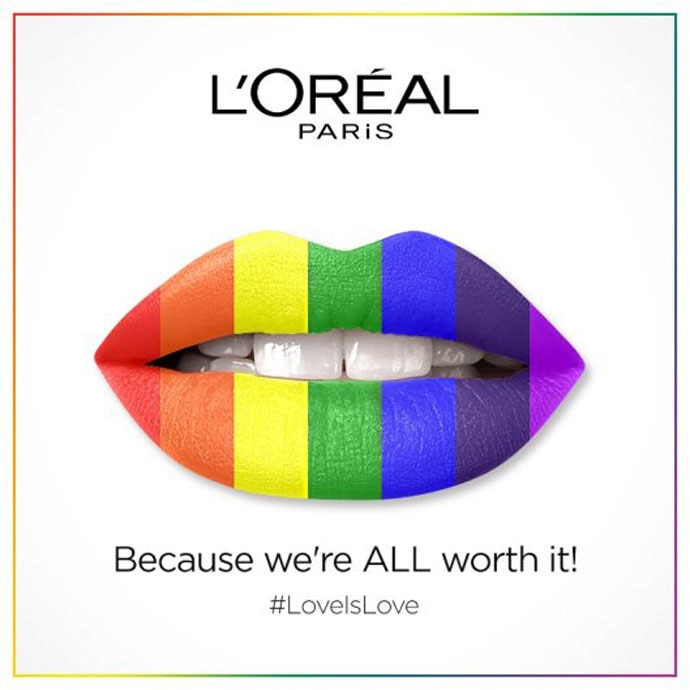 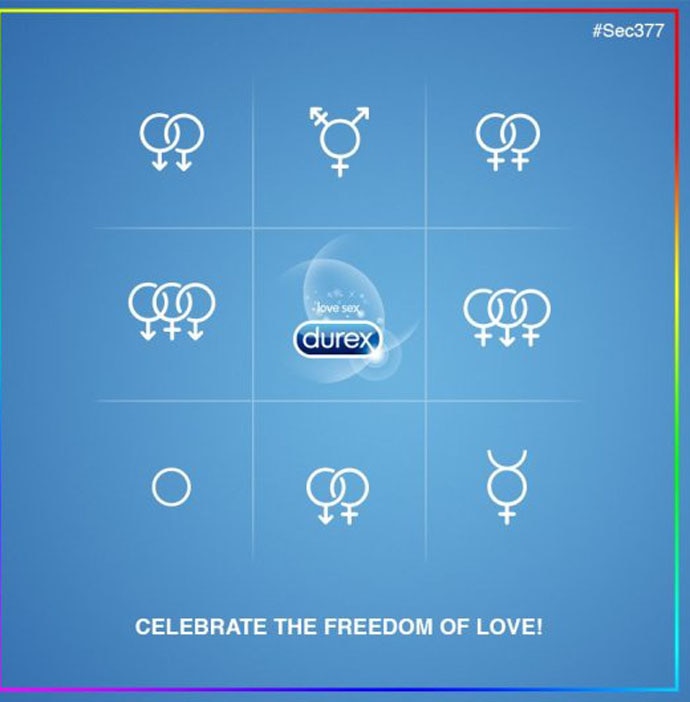 But it is not true to say that the entire coprorate world was busy minting money elsewhere when the LGBT community was waging a battle for existence. An example for this would be Myntra's ‘lesbian’ ad for the brand Anouk that went viral in 2015.

It is, however, true that the corporate world hasn't shown enough courage in espousing social causes that have been fighting for a legal stamp of approval. Brands stand accused of propagating some of the worst forms of misogyny, regressive gender binaries and social prejudices. They should be called out for that and from time to time, they are.

But let us not forget that the fight to change mindsets has to be an inclusive one. It has to be waged smartly, taking everyone along.

The decriminalisation of homosexuality has been achieved only in law. The struggle to gain acceptance for it in society is going to be far more difficult. And that is where brands come in handy. Advertisements beamed on television sets during movie breaks or, for that matter, breaks during cricket matches is how the message needs to be taken to those who still live in denial, refuse to talk about it, behave as if it doesn't exist.

To be honest, not every Indian celebrating the victory today had joined street protests, written in support of the community or even tweeted for the rights of LGBT people. But that doesn't, and shouldn't, take away the right to rejoice over the SC order from them.

Check out all the amazing brand posts that celebrate #LoveIsLove #377verdict #section377#CelebrateResponsibly pic.twitter.com/ZcQ8tbYNCz

What is, however, true is that the corporate world, like the rest of the country, has to move beyond tokenism and work towards ensuring that the equality promised to the community by the court translates into equality in society.

Corporate India would have to tweak its hiring policy and also ensure that nobody faces discrimination in their workplace for their gender or sexual identities.

The whole country has to move in this direction — including the corporate world.

Advertising policies of the corporate world have very rarely shown the courage to spearhead a social battle. It is only after women joined the workforce that advertisers started talking about sharing of household responsibilities by men and women.

Should we then tell the corporate world to continue with their regressive ads or continue to do whatever they like?

No. Of course not.

There are a lot many people who still need to be made to understand that alternative sexualities are just as normal as heterosexuality. They need to be brought out of their homophobia.

If brands can help with that, given their reach, why should we not exploit them? This aversion we have for brands making profits in a capitalist society shows we haven't come to terms with the changes of the globalised world.

It's time we free our thinking, as brands free theirs.

Also read: SC verdict on Section 377 is a victory, but the battle isn't over yet