Why secularism in India lost its meaning

The era during which the Nehruvian idea of secularism dominated India’s political discourse and dictated the country’s national narrative is definitely over. This opens the floodgates to real insight, vision and exploration about what India truly is, its great civilisation since ancient times, and its possible leading role in the knowledge-oriented world today.

The idea of secularism in India was not necessarily entirely bad to begin with. That a country of such religious and cultural diversity should not be driven by an exclusive theistic belief — such as motivated European secularists to counter Christian theocracy — did not at face value seem wrong, particularly to educated minds in India who aspired perhaps more than anything to be progressive.

The problem begins with the fact that such an idea of secularism is out of context in India, in which the dominant culture has been pluralistic and never theocratic, hegemonic or conquest-oriented. Theocratic-driven and supported armies invaded India but never represented its indigenous culture or dominant civilisation. They were the basis of colonialism and foreign rule that came to an end with the Independence of the country.

India’s adoption of secularism began with this dissonant note of a secular agenda from Europe that only created confusion in the Indian discourse. India needed a full national awakening from foreign rule, freeing both the land and the minds of its people, and casting off the centuries long denigration of its civilisation that attempted to destroy its heritage.

Unfortunately, this new idea of secularism in India worked to continue the oppression of the Indic mind and heart that had spread from such foreign rulers as Mahmud of Ghazni to Queen Victoria. Secularism, as it developed in India, represented another form of Eurocentric thinking that perpetrated the Western cultural assault on India.

In India, secularism became opposed to an opposite idea of communalism, identified with everything bad, with secularism as the highest good. Again, the idea of rejecting communalism does not at surface value sound bad. It suggests standing against divisive forces driven by theocratic-based compulsions of conversion and conquest. But such a threat of communalism as in Europe and West Asia was not relevant to India’s dharmic civilisation either, with its syncretic trends and unbroken continuity of culture.

Also, unfortunately, Europe’s new secular states, like Britain, were happy to support conversion agendas as a matter of foreign policy as much as they might question religious authority in their own countries, a policy that has continued even from the US. Conversion was justified in promoting the "civilising" forces of the West. 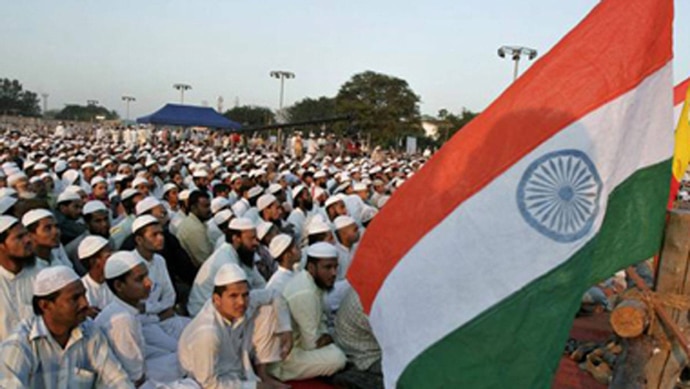 India’s secularism was further recast in a Leftist format that had also its origins and more appropriate place in Europe, invented for countering imperialism of which India was a victim, not a representative. India’s secularism quickly became a subterfuge for a larger Leftist agenda, allied with communism, the erstwhile Soviet Union and Communist China as role models for proper secular nations.

Secular views of India’s history became a mask for far-Left distortions and an attempt to cut Indians off from their own greater civilisational ethos, to which was added the new defamation of India’s culture as being anti-secular, on top of the old charges of heathen, kafir, idolatrous and superstitious.

In India, it became a sin not to be secular, an idea that journalists and academics were particularly infected with. And being secular could also provide forgiveness for all other sins and shortcomings, something that corrupt politicians could use to redeem themselves and justify their scams.

How do we define this post-secular era? It is not a new communal era, but the end of the secular promotion of communal divisions as electoral vote-banks. It is India completing its Independence movement by reaffirming its own civilisational identity. Post-secular India is the era of a New India, which is a renewed India or awakened Bharat. Such an India is beyond the right-left, secular-communal dualities of Western politics and reaffirms its own dharmic values and yogic culture.

Certainly there was a great effort to create such an awakened India during the Independence era itself by such inspired thinkers as Vivekananda and Aurobindo, but it fell short and became obscured by the Nehruvian secular socialist agenda that aimed to shut it down as an electoral threat to the new Congress dynastic rule.

As the darkness of this contrived and manipulative view of secularism gets removed, there is now space for India to emerge once more as a nation, culture, and civilisation in its own right, not a shadow of the very foreign ideologies and theocracies that have long been trying to subvert it. This is not only of tremendous value to the country but of inestimable value to the world that needs a different model of country, religion, and civilisation than current conflicting forms. The wisdom of India’s rishis and yogis remains relevant for India and for all humanity.