Why sex-change operations are seeing a rise in Delhi-NCR

According to some doctors, hospitals in Delhi-NCR are witnessing a growing demand for a radical social experiment: sex-change operations.

They say requests from patients looking to change their gender have gone up from a few cases a year, to three to four cases, per month.

Unlike in the past, when girls who wished to become boys often stopped short of an actual surgery, desire for a more thorough transformation among patients are growing, say doctors.

FTM, or female-to-male (transgender), incidentally, is a category that has been growing in visibility all over the world in the recent years. However, to say that societal taboos are finally melting away is simplistic.

The argument underestimates the role played by Indian parents in deciding the future of their children, be it choosing the right course, marrying the right life-partner or confirming to the right sexual orientation, irrespective of how such interferences can often prove detrimental to their kids.

This is the reason why many who queue up for sex-change operations at these hospitals also have horror stories to narrate from the home front, with a few even attempting suicide.

So, what accounts for this sudden interest in sex-change operations?

Firstly, there is a growing visibility and acceptance for the transgender community in India more than ever before. Even a trans/homophobic state like Kerala now gives government jobs to transgender people. (Growing up in Kerala, I had never seen a hijra on the streets. Right through my school, I believed that homosexuality was a Western conspiracy to malign Indian culture.)

This is where the new trend assumes significance. Youngsters today have readily available resources at their disposal that can influence their decision on what they want to do with their bodies. Internet and YouTube have thousands of videos that chronicle gender transition. 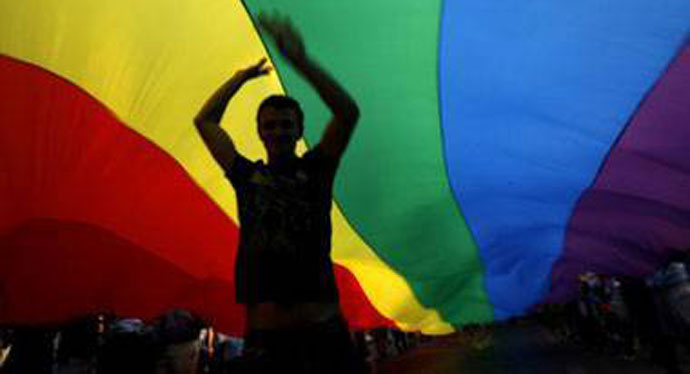 The reality is sex-change is becoming a fad as popular as a boob job, body-piercing or a tattoo in this country.

And despite parental objections and reservations, a growing section of youngsters are becoming comfortable with body modifications. Not to mention the positive media attention such procedures often elicit (think Caitlyn Jenner).

True, a sex-change is way too complicated and expensive than a 45-minute tattoo session. And unlike tattoos you can’t afford to have regrets after a sex-change surgery, because the procedure is irreversible.

Patients who come for sex-change are advised by doctors to cross-dress and live like a man or a woman, depending on the sex to which they want to transition into, for at least six months, before undergoing surgery. The final surgery is often preceded by months of testosterone injections. So, people who undergo the operation are well aware of the risks they take. Their desire to go under the knife stems from the conviction that their biological sex and gender identity are two separate things, something that may appear freakish or hard to imagine for most people.

Again, the reality is that many people in this world find it hard or inadequate to describe themselves as just a man or a woman. By going under the knife they seek to challenge pre-formed ideas of what it means to have two XX chromosomes or XY chromosomes. Their aspirations have already found a resonance in the corporate sector, where gender inclusivity is now the default norm. (Social networking sites like Facebook, the lifeline of millennials, provide close to 70 gender options for its users to choose from.)

Most of the requests for sex-change in Delhi-NCR come from well-heeled professionals such as engineers and doctors belonging to middle and upper-middle class backgrounds, many of whom have been victims of bullying and transphobia during their school and college days. And what they choose to do with their bodies is more of a youthful assertion of independence and individuality than any meltdown of societal taboos.

Also read: #SexChanged: How I became Naina from Krishna. This is my story