Looking back: How friendly was 2018 for our children?

As yet another year comes to a close, and while most of us are taking momentary pauses to stop and look back at how 2018 panned out, take stock, then plan ahead, let us also look at the most vulnerable section of our society whom we celebrate as our future — all the while, forgetting how they are very much our present as well.

India is home to 1.2 billion people — not less than 39 per cent of them are children.

Saying that 2018 was quite an eventful year for India’s children is an understatement. Very frequently, they became media headlines, mostly for all the wrong reasons. However, this is not to say that it was only downhill for the little ones, as a few much-needed reforms and guidelines were introduced to bring some rays of hope for a better, brighter future.

However, on the whole, it did not prove to be a good year for children as several instances of horror gripped the nation and its children. How did 2018 pan out for the children of our nation? (Photo: Reuters)

Kathua child rape — The assault and murder that shook the nation

In terms of child safety and rights, the year began on a horrible note as the brutal rape and murder of a nomadic girl in Jammu and Kashmir triggered outrage, not only in the nation but from all corners of the world.

In an alleged bid to scare away the nomadic Bhakarwal community from an inhabited area, an eight-year-old was sexually abused and murdered in Kathua.

The appalling incident left India shaken to the core, and led to the initiation of several measures aimed at creating a safer environment for children.

It was a report by the Tata Institute of Social Sciences (TISS) that uncovered the ugly face of shelter homes, putting the spotlight on the terror faced by young, deeply marginalised girls in Bihar’s Muzaffarpur shelter home. The report found 34 girls were allegedly raped or sexually abused by the home's staff and others. “The institution was exclusive in carrying out sexual violence on the girls….in the name of punishment and discipline,” the report said.

However, the Muzaffarpur shelter home was just one among the 17 shelter homes that a TISS audit found to be hell homes, which resorted to sexual violence and physical assault on children.

As per the study, 110 government-funded homes for children violated the norms of the Juvenile Justice Act and did not meet the requirements of the respective schemes funded by the Bihar government. 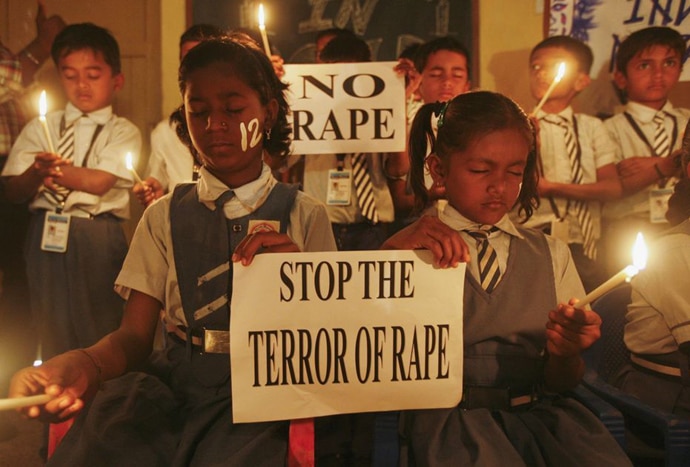 Just last month, a three-year-old girl was raped and murdered in a slum of the National Capital Region and India’s millennium city, Gurugram. Gujarat fumed in anger when a 14-month-old was raped allegedly by a migrant worker in Sabarkantha recently. The incident triggered a large number of attacks on migrants from UP and Bihar across the state.

In another horrific incident, a 7-year-old child was raped, brutalised and left to die with her throat slit in Madhya Pradesh.

An incident in Chennai proved all of us who thought a child is safe at least indoors completely wrong. In July 2018, it was reported that an 11-year-old girl with a hearing impairment had been sexually abused by several men in a gated society. From a 66-year-old liftman to many security guards in their twenties, the perpetrators had reportedly been abusing the girl for seven long months.

These are but a few from the numerous child sexual abuse cases that grabbed our attention through the year. However, as the year comes to a close, we can only hope that such gory incidents will take a sharp dip in the upcoming year and better child protection measures would be introduced in India.

The debate around death penalty for child rape

In the wake of the Kathua incident, the government passed an ordinance introducing the death penalty for persons raping children below 12 years of age. Several other stringent penal provisions were included in the ordinance to deter the growing number of child sex crimes in India.

The question remained, however, whether capital punishment can really be a strong enough deterrent to stop perpetrators from committing heinous crimes against children. It does seem unlikely that this move will be enough to instill a sense of fear among these perpetrators from hatching their heinous plots.

Given the fact that in most of the cases of sexual offences, perpetrators are known to the victims, and therefore – because of the familiarity of the child with the offender – the bigger worry is that capital punishment may serve to deter the reporting of cases. It may even lead to the destruction of evidence by murdering the victim.

There will be high chances that crimes committed by persons within the victim’s proximity would be brushed under the carpet and we would never get to hear the cries of children within the four walls of homes. In our highly patriarchal societal setup, chances are that the child victims would be increasingly pressurised to not report, or eventually go back on their initial statements during the judicial process.

Apex court steps in to protect the identity of victims

As media extensively reported and covered the Kathua case, and a few months later, the child abuse cases at the Muzaffarpur shelter were all across the headlines, several media houses named and revealed significant identity details of the victims in their reportage. Many human rights groups voiced their dissent about the way these childrens' identity was freely used and publicised, as according to the POCSO Act, the disclosure of any such information is strictly prohibited.

Taking the trend in cognisance, the Supreme Court stepped in to pass a ruling, to bar media and other agencies from disclosing the identity of sexual assault victims, even if they were dead. The ruling also included several other guidelines to uphold the dignity of victims, like the prohibition of identity disclosure at public rallies or on social media platforms, among others. Better child-centered policies and measures to safeguard these vulnerable millions is a priority. (Photo: PTI)

New legal instrument to address trafficking comes to the fore

Though India already has an Immoral Trafficking in Persons Act, 1956, a new bill, The Trafficking of Persons (Prevention, Protection and Rehabilitation) Bill, was passed by the Lok Sabha to make it more absolute and eliminate India’s trafficking problem. The 1956 Trafficking Act provided stringent punishment for trafficking for commercial sexual exploitation only. However, the new Bill, passed in July this year, aims to tackle trafficking via a three-pronged approach – prevention, protection and rehabilitation, thus making the new law more absolute as compared to the Immoral Trafficking in Persons Act, 1956 or Section 370 of the Indian Penal Code that penalised trafficking with up to seven years in prison.

The new law did draw some flak from multiple stakeholders, who argued it was not very child-centric and failed to address significant issues with respect to children. Given that 59 per cent of all trafficking cases were related to children in 2016, as per the National Crime Records Bureau data, this seems highly problematic.

Another important question is whether the new Anti Trafficking law would replace the Immoral Trafficking in Persons Act — or if both the laws would exist in parallel, which will likely lead to re-victimisation of children and a lack of accountability among authorities.

Here’s wishing them a happy — and safe — new year

Glancing back then, the year has been far from a good one for our children.

To live an unprotected childhood, plagued by the fear of sexual abuse, offences, and murder, is definitely not a situation to be in for any child, anywhere in the world.

However, as the year comes to a close, we are drawing some hope from the intention to create a better country for children as showcased on many platforms.

While many times, the intentions have not translated into full plans, we do believe – and draw strength from the fact that – with more proactive participation from all the caregivers and duty bearers, the media, multitudes of civil society organisations and a much more aware general population, things will get better from here.

That better child-centered policies and measures to safeguard our vulnerable millions is a priority, is a given.

To become a world power in her own right, India cannot remain incapable of creating a safe haven for her children in the truest form.

With the New Year, let us embrace new possibilities — and here’s hoping that they help us create a happy, healthy, creative and safe childhood for every Indian child.