#MeToo: Why this is not a left or right movement. It is a women's movement

In open office spaces, in crowded office parties, on office stairs, in office elevators, men did what they did and got away with it. While their male counterparts shared sinister smiles and uproarious laughter at each instance of sexual harassment, women remained numbed into silence as mute, helpless spectators of this vile behaviour. Beyond Idelogies: Men of all political and religious ideologies have wronged women. (Source: Reuters)

Many women switched jobs, many quit their professions, many gave up on professional life itself, while their perpetrators flourished and prospered, both personally and professionally.

Men succeeded at their plans by coming together, by ganging up against women. Men at the top ignored the conduct of offenders when it came to distributing perks and promotions. Rather, they rewarded sexual predators and it wouldn't be an exaggeration to say that many men bonded over common preys. They acted like hunters of yore, staying together covering each other's backs.

The behaviour helped men keep power and positions strictly under their control as inherited 'jageers'.

With the status quo now being challenged and denounced, concerted efforts are being made to create fissures in the unity that women seem to have found after being subjected to years and years of well-orchestrated humilation and marginalisation in workplaces.

The offenders and their enablers know there is only one way to take the steam out of this movement. It is the age-old mantra of 'divide and rule'. Pit women against women under the garb of religion, ideology or motives, while they lose track of what the fight is against, discredit their fight and get back to business as usual.

Sexual harassment, rape and molestation are crimes that happen against women, children and yes, men too. But the oppressor is almost always a man. He could be a Hindu, or a Muslim, a Sikh or a Jew. He could be a right-wing ideologue or a die-hard left supporter. He could be a BJP karyakarta, he could be a Congress sadasya.

Not one political ideology, not one religion, not one party can claim to have done justice to women.

How can women then fight this battle against gender-based crime by using the crutch of any ideology?

Women have been denied their due in all spheres by a systematic use of tools of subjugation by men of all hues. No one can now claim a holier-than-thou status.

It is therefore wrong to question actor Kangana Ranaut or any woman on why they spoke up and when they spoke up. Drawing her past differences with Hrithik Roshan into the limelight after she called out director Vikas Bahl is a huge disservice not just to Kangana, but women anywhere and everywhere who have spoken up, and more importantly, to women still trying to muster the courage to speak up. 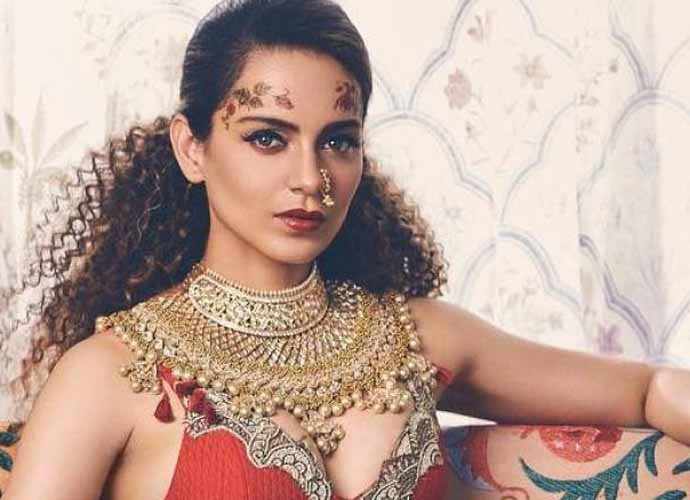 No, this is not about her. Kangana Ranaut in 'Manikarnika: The Queen Of Jhansi'.

It is not as important to attribute motives to Kangana as to pay heed to what she is saying. Bahl made it horrifying for women to work with him in Bollywood. So put the spotlight on Bahl — Kangana has had her share of questioning and insinuations by joining a male-dominated industry.

So a motormouth who on one hand claims to trust women and believes Tanushree, on the other hand, is not able to believe Kangana Ranaut. Why slam others for being judgmental when you are the biggest judgmental clown? And for God’s sake, cut that accent already.

Many woke people are also writing pieces about why the right is quiet or why the left is not vocal enough about the skeletons tumbling out of tightly shut closets.

Please choose a different agenda to settle your ideological battles. If there is one thing that brings together ideologies — religious and political — it is misogyny and the brutal marginalisation of women.

Here’s why the Right-wing is so muted about India’s raging #MeToo movementShivam Vij @DilliDurAst writes: https://t.co/nLf76q42GP

A man with left leanings caught with his pants down in this movement is no clean chit to men of the right wing. The truth holds vice versa too.

If any ideology had cared enough for women, we wouldn't even be seeing this day.

Women are speaking up today because nobody spoke for them when they were being forced to quit jobs, denied due promotions, being made to suffer in silence.

Do not claim the moral high ground now.

The full might of this powerful and privileged male lot cannot be taken on by staying fragmented. The only way this rape culture, this bro gang, rampant and prevalent in workplaces, can be challenged and defeated is by speaking in one voice.

This is a women's movement. And it will hold everyone accountable — every single man.

Also read: Dear Kangana, it's not about you and Hrithik anymore. It's about Bollywood and patriarchy