Actors need to break the mould. Shah Rukh Khan sure is showing the way

The actor is a victim of the rules set by the likes of him.

Of the best life advices out there is that one should not be afraid to make mistakes, and it's always better to make new ones as life is too short to make the wrong choice twice. As luck would have it, this could well be the singular counsel ignored by nearly every major male film star in India over the past six decades.

In the recent past, Shah Rukh Khan exemplifies this conundrum unlike any of his illustrious contemporaries. There is no denying that the one-time king of the box-office might have lost some of his clout, but he remains capable of attracting attention, and this is the reason why his misfires make as much noise. The announcement of SRK teaming up with filmmakers Raj Nidimoru and Krishna DK for a big-budget comic-action thriller, likely to go on floors in 2020, is the point where SRK could either usher in a new inning or simply end up making the same mistake all over again. 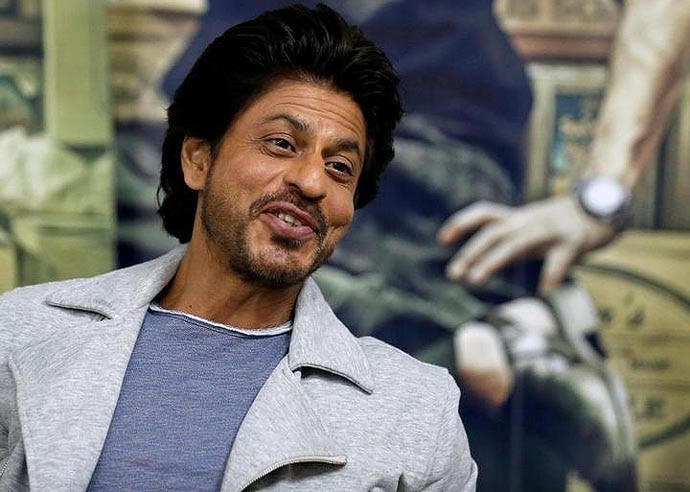 The announcement of SRK teaming up with filmmakers Raj Nidimoru and Krishna DK could be a game-changer. (Photo: Reuters)

A few years ago, when Raj and DK, as the duo is popularly referred to, broke out with 99 (2009), a film set in the year 1999 when the cricket betting controversy broke out, few would have believed that in a decade the two would direct a movie with SRK.

It's not for any other reason, but at the time, the powers that be in the mainstream Hindi film industry would not have touched talent such as Raj and DK with a barge pole. It was the era where the likes of Neeraj Pandey, who had already directed A Wednesday (2008), and Tigmanshu Dhulia couldn't have dreamt of attracting any A-List star. It's not like Bollywood's top draws haven't done their bit to experiment.

Back in the day when Amitabh Bachchan featured in Agneepath (1990) or Aamir Khan and Jackie Shroff signed on Rangeela (1995), the respective filmmakers, Mukul Anand and Ram Gopal Verma, were as close to being outliers as the set-up permitted. This phenomenon remains a fad of sorts where Sridevi would take on Gauri Shinde's English Vinglish (2012) or an Akshay Kumar could invest in a Neeraj Pandey with Special 26 (2013).

Since the late 1960s, when the first generation of post-Independence stars — Dilip Kumar, Dev Anand, and Raj Kapoor — began looking for projects that would help retain their larger-than-life stature and, at the same time, help them transcend the shackles of the popular film template, every generation of superstar has endured a crisis mode.

When Dilip Kumar featured in Bairaag (1976) or Rajesh Khanna signed on films such as Aashiq Hoon Baharon Ka (1977), they practically bought into their personas where they felt their mere presence was enough to attract the audience. Similarly, in the late 1980s, Bachchan, too, featured in a string of films such as Gangaa Jamunaa Saraswathi (1988), Toofan (1989) and Jaadugar (1989) without much thought to the zeitgeist. At the risk of enraging the legions of SRK fans, it wouldn't be entirely incorrect to say that none come close to 'King Khan' when it comes to believing in one's sense of grandeur.

While one isn't insinuating that SRK never experimented, sure he has, or taken risks, of course, he has risked it 'all' at times, but it's all mainly been within the realm of the rules of the game.

Still, when compared to his contemporaries, he never truly 'let himself go', not in the last decade, at least. The one instance when he came close to genuinely pushing the envelope even within the boundaries of the commercial Hindi film was in Fan, and what could have been an exciting project, unfortunately, ended up being a paean to himself.

Keeping the present times in mind, where formats such as Netflix and Amazon Prime have redefined the role of a leading man, one also needs to cut superstars such as SRK some slack.

In the end, he is amongst the last generation of single-screen stars, and considering how the typical Hindi film hero operates, these could be confounding times. Somewhere, SRK is also a victim of the rules set by the likes of him.

It's ironical that the male-dominated industry, which ensured that women stars never got as much leeway, is now comparatively more at sea with the advent of OTT platforms. In Raj and DK, SRK has probably found filmmakers who would know what to do with a 54-year-old ageing superstar, but for that to happen, Khan needs to stop being himself. For a bit, at least.

Also read: Pati Patni Aur Woh: Why Bollywood refuses to grow up even in the time of #MeToo

Post your comment
#Dear Zindagi, #Hindi Cinema, #Bollywood, #Shahrukhkhan
The views and opinions expressed in this article are those of the authors and do not necessarily reflect the official policy or position of DailyO.in or the India Today Group. The writers are solely responsible for any claims arising out of the contents of this article.