Lucknow's Sheroes Cafe, run by acid attack survivors, is shutting down. Yogi Adityanath, here's your chance to show you care

The Uttar Pradesh Mahila Kalyan Nigam believes there is no reason to run the unit, which offered dignified employment to survivors.

A fight between two entities — Uttar Pradesh Mahila Kalyan Nigam and Chhanv Foundation — has put in jeopardy the future of acid attack survivors, who had been earning a livelihood at Lucknow's Sheroes Hangout, a cafe run by those survivors. 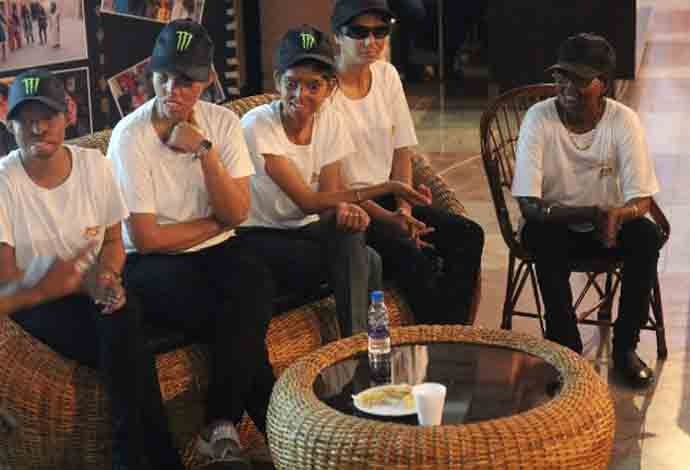 The women running the Sheroes Cafe in Lucknow. (Source: Sheroes)

Sheroes Hangout was opened in Lucknow after a successful run in Agra.

The then-chief minister of Uttar Pradesh, Akhilesh Yadav, was reportedly struck by the idea of how acid attack survivors were living a life of dignity because of the unique cafe. He promised to open more such outlets across UP.

However, only one could be opened in the state capital of Lucknow.

While incumbent CM Yogi Adityanath should have worked towards ensuring more such units get opened, tragically, even this cafe is fighting a lone battle for existence after UP Mahila Kalyan Nigam and Chhanv Foundation failed to agree on the terms of its operation.

Ashish Shukla, director of the Chhanv Foundation, says, "While the government was transferring money directly into the accounts of the acid attack survivors, salaries of the support staff were often delayed because of a mismanagement of the corpus."

In a letter dated September 22, the Mahila Kalyan Nigam wrote to Chhanv Foundation, saying that there is no reason whatsoever to run the Lucknow unit. 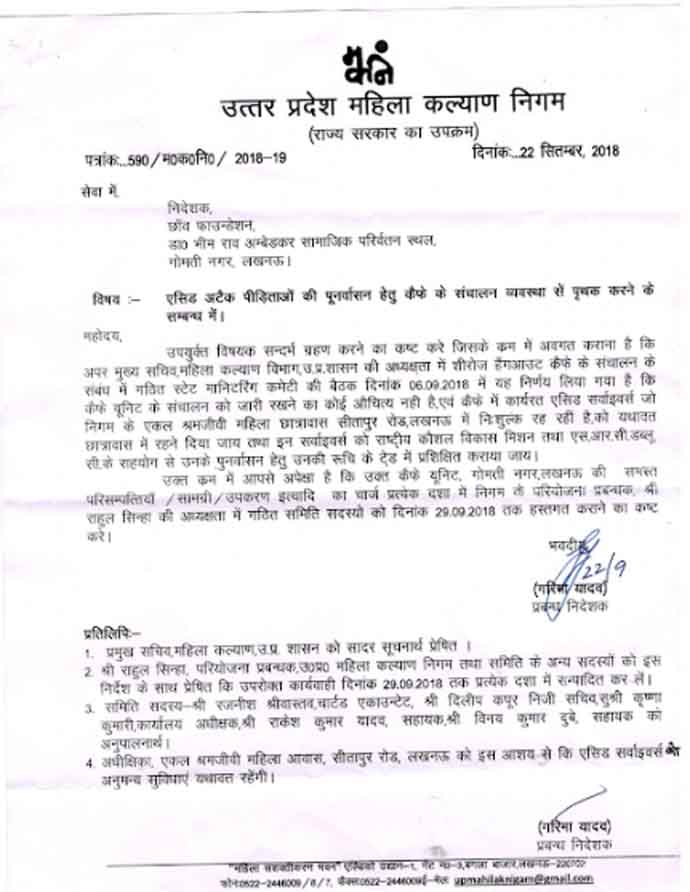 The letter further says that the survivors, who were working at the unit, would be provided training in cooperation with the National Skill Development Corporation and the State Resource Centre for Women and Child to ensure they keep earning a living.

But the attitude that the UP government is showing towards the rehabilitation of the women under question is deeply tragic. Normal human beings can't even imagine the trauma an acid attack survivor has to go through.

All the hurt and pain and insults hurled at them aside, the country lacks even a basic policy framework to effectively rehabilitate them.

And if this was not enough to prove the government doesn't care, here comes the latest move — a decision to take away from 12 survivors their right to dignity.

The government can't understand that it is not enough to provide women a basic training in knitting and sewing. It has only prepared the ground to push these survivors towards the same life by promising training under the NSDC and SRCWC.

It need not do this.

There is no reason why a government cannot ensure that a cafe which is running successfully continues to do so. At a time the government should have been looking at ways to open more such units and bring more disadvantaged women into the fold, it has instead ordered its shutting down.

If only our governments had shown the same sense of urgency in charting policies for victims of acid attack, the world would have been a different — and better — place. 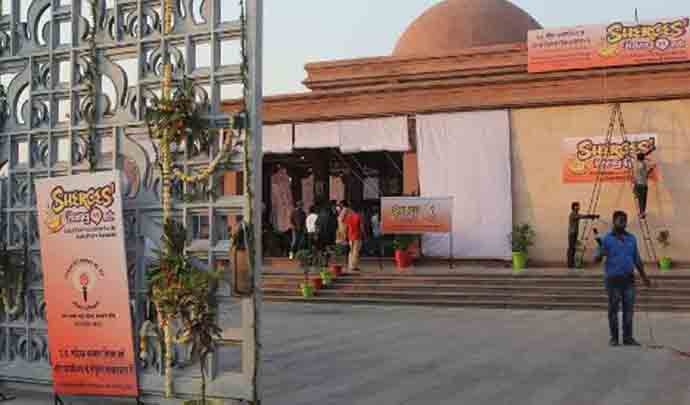 Sheroes Hangout cafe in Lucknow which the government thinks must shut down. (Source: Sheroes)

We are not innocent to the plight of Laxmi Agarwal, an acid attack survivor, who recently came back in the news for not being able to pay her rent because nobody wants to give her a job. This, for a woman who became a cause celebre, who walked the ramp for 'socially conscious' fashion designers, who had famous film stars wanting to take selfies with her.

Many more Laxmis, unknown and unheard, exist in deep deprivation because we, as a society, have failed to make room for them in our lives. Because we have forced them into economic exclusion. Because women don't matter anyway.

Because no one cares about women who have survived gender-based violence.

The government's attitude to these women, who became victims of the worst form of misogyny, who are reminded every day, every time they look into the mirror, that they were punished only because they were women, is shameful.

There is a lot Rita Bahuguna Joshi, the UP Women and Child Development minister, has to answer for.

It is true that the government cannot stop every act of violence perpetrated on women. But it sure can ensure that women who suffer such targeted violence are not left to fend for themselves.

This is criminal apathy.

There is time for the government to stop this from happening.

Also read: No, Indians don't care. The state of acid attack survivor Laxmi Agarwal shows we have no real values