How India can counter China in Indian Ocean

The Indian defence outlook post-Independence has been centered around to its land borders. New Delhi needs to look at the seas now.

India, on its part, has started a mission to strengthen its presence in the area. Garnering support from countries that have a stake in the South China Sea is part of India's efforts to spread its influence in the region.

The interests of both nations are not exactly in congruence. Both parties view each other sceptically and each one tries to consolidate its gains and snatch a bit from the other's kitty.

As part of its efforts to increase its influence in the region, China has been pursuing a policy of providing massive funding to developing economies and the move has been paying rich dividends. The problem starts when the countries receiving the funding are unable to pay back the loan and get caught in Chinese debt trap. It is under these circumstances that these countries feel bound to lease out land and other strategic facilities to China.

An example of such an exchange is the Hambantota Port of Sri Lanka. Unable to bear the burden of debt repayment, the facilities at the port have been leased out to China for 99 years. Generations of Sri Lankans will have to live with the reality of a Chinese writ on Hambantota. Recently, Hambantota airport was in news; this time with India taking over the loss making venture.

An article in The Economist on October 11, 2017 stated that China has invested in ports in 34 countries, globally. They had plans of investment in 12 more countries, at that stage. 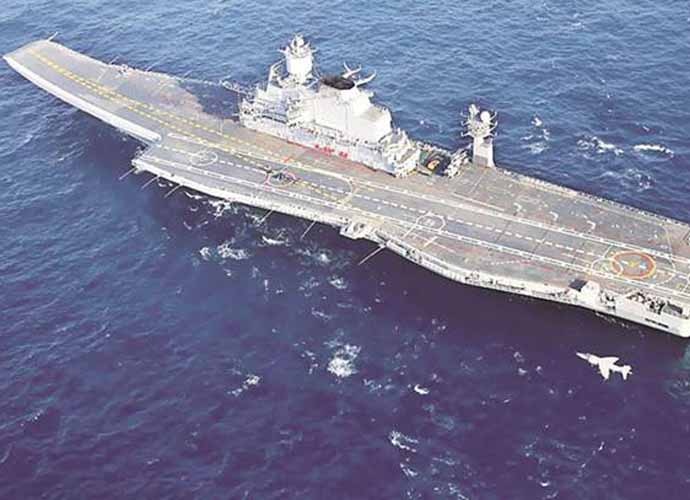 Indians suffered a setback in the IOR recently in Maldives. The problem actually started in 2012 when Maldives decided to oust an Indian company that was given the contract to construct an airport at Hulhule Island, close to Male. Even as relations between the countries continue to deteriorate, China has stepped in with millions of dollars in investments. The Chinese are reportedly in the process of constructing a naval base at Gaadhoo Island, over 260km from Male.

Post a cabinet meeting, the statement made on the scope of the agreement said, "To enhance military capabilities in control and maritime surveillance of our EEZ, protection of our EEZ and outer islands and in search and rescue in the region for the benefit of air and shipping traffic". India also extended a $100 million credit line to augment Seychelles' defence capabilities.

India has also been developing the Chabahar Port in Iran. Chabahar provides India access to Afghanistan and the Central Asian republics through Iran. In 2018, India secured naval facilities in Oman, proximate to the Straits of Hormuz, an extremely critical water channel for sea borne traffic. India has also signed a 20-year pact with Seychelles that includes building an airstrip and a jetty.

China has also been investing in projects of strategic import in the region. Among these are ports in Kyaukpyu, Myanmar, Bangladesh, Gwadar in Pakistan and Djibouti. Djibouti is a major base and home to Chinese marines.

The status in South China Sea has a spillover effect on the Indian Ocean region. Indians have not been able to create bases in the area, but its Act East Policy has led to improvement of bilateral relations with a host of ASEAN countries. India and ASEAN nations already have a free trade agreement in place. A pact with Singapore for access to Changi naval base has been signed. India and Vietnam have been cooperating for decades. In 2016, they upgraded their relationship to a comprehensive strategic partnership. However, the relationship has been primarily limited to naval exercises. No agreements to provide logistics at each other's bases have materialised.

India-Malaysia relations have also been on an upswing. Indian origin people make 7 per cent of Malaysia's population and as such good relations with India matters in Malaysian domestic politics too.

India and Indonesia have decided to jointly develop a deep sea port at Sabang in Aceh province, located at the mouth of the Malacca Straits. It obviously has strategic significance for the Indo-Pacific region. These countries are also discussing economic cooperation between Aceh and North Sumatra provinces, with the Andaman Islands of India, to include tourism, trade and other economic activities.

The Chinese string of pearls to confine India has been strengthened by the Belt and Road Initiative (BRI) that it has launched. While it's touted as a purely economic activity, the BRI has immense strategic potential. An example is the development of Gwadar Port that while providing Chinese western provinces a shorter route to the sea, can also provide logistics to Chinese Navy. China is also constructing a military base at Jiwani, close to Gwadar where it can billet its marines.

For China to be forced to display greater responsibility, it's important for India to have dependable partnerships. In the last Malabar naval exercises that the Indian Navy hosted, Japan and the US participated. The Australians, though keen, were not invited. However, it's only a partnership of major powers that can stop the Chinese from trying to extend dominance in the South China Sea and beyond to the Indian Ocean region.

The Indian defence outlook post-Independence has been centered around to its land borders. The repeated wars with Pakistan, and the 1962 defeat at the hands of the Chinese, both along its land borders, had conditioned the country to such an orientation in its defence preparedness. However, having now graduated to a level where it can defend its land borders effectively, India has turned seawards. The realisation that it has a role in ensuring stability in the IOR has also reoriented its approach.

There is also a requirement for India to increase its defence spending. Growth and security of nations have to be simultaneously pursued and resource allocations on both counts are important in shaping its future.

The requirement is to speed up its naval forces upgradation, build strong relations with South China Sea countries and win over island states in Indian Ocean. Simultaneously, the quadrilateral of USA, Australia, Japan and India needs better coalescing.

A problem that's creeping in is the increasing trust deficit that most nations are facing when it comes to relations with the US. If this deficit dives any deeper, the big gainers would be the Chinese.

#Belt and Road Initiative, #India-China Relations, #Indian Ocean, #South china sea
The views and opinions expressed in this article are those of the authors and do not necessarily reflect the official policy or position of DailyO.in or the India Today Group. The writers are solely responsible for any claims arising out of the contents of this article.