Why death of Shiroor mutt seer, Sri Lakshmivara Teertha, is shrouded in mystery

Advocate Ravikiran Muradeshwar tells India Today that the seer feared for his life after filing a caveat in the High Court.

The sudden death of Sri Lakshmivara Teertha, head pontiff of the Shiroor-mutt of multi-organ failure on Tuesday plunged entire city of Udupi in grief. Devotees could not believe their beloved seer who was hale and hearty could leave them so soon.

Doctors at the KMC hospital in Manipal where he was rushed to in the final hours before his passing, suspect poisoning. A press note released by the hospital stated that the seer was found to be critically ill with breathlessness, severe hypotension and massive gastrointestinal bleeding and had a history of diarrhoea prior to this incident.

With the seer's brother filing a complaint, police have begun investigations. The Shiroor-mutt has now been taken over by the Udupi police for a period of 3 days. No devotees are being allowed anywhere near the mutt premises and questioning of staff has commenced.

But some seers from the eight mutts are not ready to believe the poison theory. On Thursday, Pejawar Seer, Sri Vishwesha Teertha had in Hubbali claimed that "I was told he ate pulav from a dirty vessel and it must be because of this. But what is the reason for the doubt today? There is no conspiracy."

This set tongues wagging among the devotees since there has been a running feud between the deceased seer and six other seers.

It all began with a video going viral where the Shiroor-mutt seer confessed to having a child a few months ago. This went against the diktat of the ashta mutt rules of following celibacy.

Then in the month of May, when the seer fell ill, the pattada devaru or mutt deity was handed over to the Krishna temple for conducting pujas. Because of the child issue, the other mutt seers decided against handing over the mutt deity back to Shiroor-mutt.

Pejawar Seer says regarding the child issue, "The seers decided that this would tarnish all the mutts and a decision was taken to not allow him to perform puja and hence the pattada devaru was retained in the Krishna temple itself."

They instead wanted a junior pontiff to be appointed to perform the daily rituals in the seer's place.

Another decision was taken in the Sringeri mutt to strip him of all the powers of a head pontiff since he did not follow celibacy as is required the Pejawar Seer added.

Now adding more fuel to the fire, the Pejawar Seer raised doubts on the Shiroor-mutt seers character by alleging that, "Shiroor Mutt seer died because of alcoholic addiction or because of the quarrel between the two ladies who were with him." 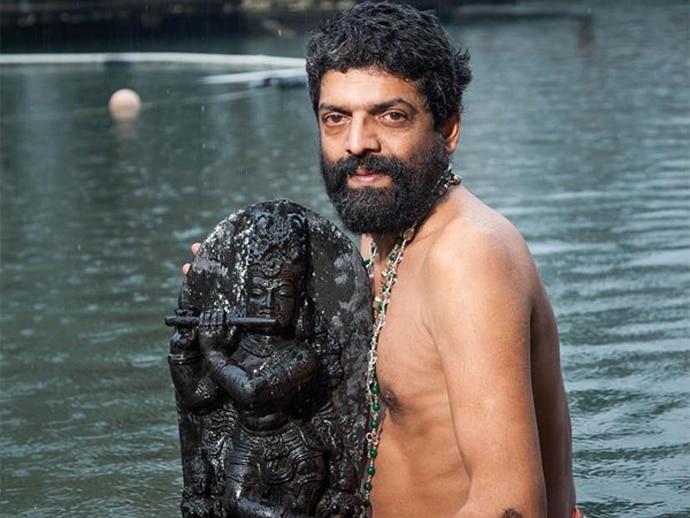 But Kemar Swamiji who has been a close friend of the Shiroor-mutt seer for decades says Sri Lakshmivara Teertha had discussed with him how other mutt seers neglected, tortured and never gave the mutt's pattada devaru.

He also claims after the death he was the first to suspect poisoning and asked a for a postmortem to be conducted.

It is learnt that the Shiroor-mutt seer was planning to file a criminal case against six other seers and the papers were to be submitted in the court a day before he died. But the reason why he delayed filing the case was that he believed this should be sorted out by way of discussion and not in the court. He was afraid that the case will attract unnecessary attention to the Hindu religion. His close associates tell us this issue was weighing him down ever since.

Advocate Ravikiran Muradeshwar tells India Today that the seer met him on June 28 and a caveat was filed on July 4. "He was apprehensive that the other seers may file a suit again him and to protect his interest, he decided to file a caveat," the advocate says.

Advocate Muradeshwar says the seer wanted to personally come to court since he believed that the court was bigger than Swamijis and would give him justice. He wanted to file a case under IPC section 406 for breach of trust against six seers except the Puthige seer for not returning the mutt deity.

On whether he was poisoned, the advocate bases his opinion on the medical report that was initially given by doctors at the KMC hospital in Manipal. "There is a motive. There is circumstantial evidence. There is a prima facie case he was poisoned and requirements of elimination," he added.

The Udupi police have sent body fluid samples to the forensic lab and are awaiting their report. They have also denied reports that other mutt seers were being questioned and put this down to rumour-mongering.

According to sources, the Shiroor-mutt had property and assets close to Rs. 1,500 crore. They own prime properties in the heart of Manipal along with gold and antiques. There is also talk that there were business deals that went awry and this as well played on the mind of the seer.

The Udupi district police have also detained a woman employee of the mutt. She has been identified as Ramya Shetty who became acquainted with the seer around 3 years ago. It is alleged that she was introduced to the head pontiff by an auto driver named Jaggi and from then onwards, spent a lot of time in the Shiroor-mutt. Sources tell India Today that the woman has a 5-year-old son and lives on her own.

It is being alleged that she would prepare food for the Shiroor-mutt seer almost on a daily basis. Adding to that, sources tell us she would make a drink out of cashew especially for the Swamiji. It is alleged that Ramya initially used to visit the Mutt every Monday and gradually began to influence the seer so much so that she was made in-charge of distributing salaries to other employees.

An ex-employee identified as Sunil Kumar has squarely put the blame on Ramya Shetty for the seer’s death. Based in Hassan, he reportedly said that Ramya was managing the day-to-day activities in the mutt and also looked after the accounts. It was when he as the Manager of the mutt opposed her style of functioning that he was expelled.

Sources in the police tell us that both Ramya Shetty as well as auto driver Jaggi have been taken into their custody for questioning, but the SP has consistently denied anything of this sort taking place.

#Death, #Murder, #Shiroor mutt, #Sri lakshmivara teertha
The views and opinions expressed in this article are those of the authors and do not necessarily reflect the official policy or position of DailyO.in or the India Today Group. The writers are solely responsible for any claims arising out of the contents of this article.