The magic of Sridevi's dance

Grace, rhythm, and expressiveness were her natural attributes.

Sivakasi in Tamil Nadu is the headquarters of the firecracker industry in India. Is it any surprise that India's most loved super-firecracker of an actress was born here? 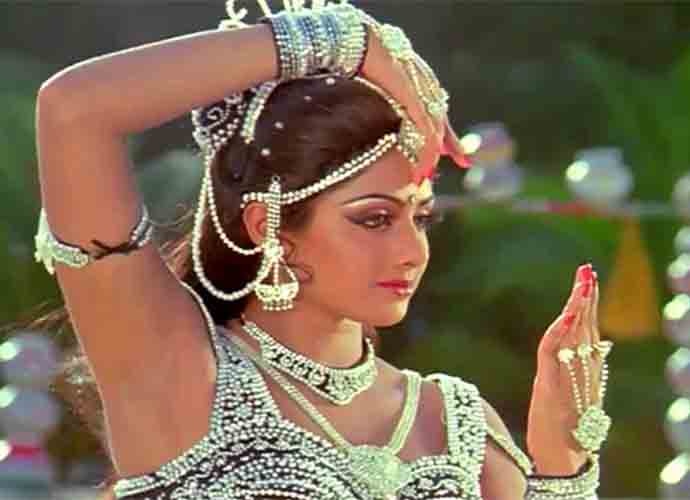 Sridevi was a shining star, who filled emotions in each role that she played and provided spectacular entertainment in a 50-year-old career. Yes, she started working when she was four years old. Sridevi was born on August 13, 1963, and left us forever on February 24.

A little over four years into her life, on July 7, 1967, she entered the world of movies. A family friend saw her in a function and recommended her to his friend, MA Thirumugam, who was making Thunaivan and needed an expressive child who could cry and dance.

Kandhan Karunai (1967) and Nam Naadu (1969) were made subsequently but got realised before Thunaivan. She acted in Telugu, Malayalam, and Kannada films early in her career. Among these, the memorable ones were Manidharil Ithanai Nirangala (1978), Kalyanaraman (1979), Thaayillamal Naan Illai (1979), Varumayin Niram (1980) and Meendum Kokila (1981). All these movies had Kamal Hasaan in them. The best with Hasaan for Sridevi was Moondram Pirai (1982) with Balu Mahendra as the director. Its Hindi remake, Sadma, also won widespread acclaim.

She was seen with Rajnikanth in Pokkiri Raja (1982) and Naan Adimai Illai (1986) in a 300-film career spanning over just 50 years. Despite extensive media coverage, obits and film world tributes pouring in, it is her secret gift no one has focused on and it has been left to a dance historian to do the needful. Sridevi was a natural dancer. By this one means, grace, rhythm, expressiveness were her natural attributes. She created her own movements easily, which is why she was such a success in films. Add to it what a star needs but rarely has - innocence, oomph and sparkle. Most importantly, she had lachak (softness in the bend of bones, especially of wrists and waist) which even well trained classical dancers rarely have. Dance can be learnt, but Sridevi was a born dancer.

The singer who gave voice to Sridevi in many films, Kavita Krishnamurti, and also sang "Hawa Hawai", once shared, "We were both south Indians in the Hindi film world and knew we had to work and prove ourselves harder."

Although Himmatwala (1983) was her first huge commercial success in the Hindi film world, Mr India (1987) gave her global fan following. I was then handling Union government's huge Festival of India in Sweden (having seen Festival in France 1985 and USA in 1986). The only film that was selected for the festival due to its popular appeal was Mr India. Huge Indian style hoardings went up at Kulturhuset in Stockholm.

I happened to meet her twice. The first opportunity came in 1986 in Madras at the Adyar Gate Hotel. I was in the hotel elevator along with a family friend from Sweden, whom we lovingly call Swedish "papa", right after watching her in the role of an ichadahri nagin in Nagina. I had taken "papa" to watch the film to catch a glimpse of the make-believe world of Indian cinema. While we were in the lift, Sridevi walked in. I was about to speak to her when I saw the scared look on papa's face.

"Papa" shrank in one corner of the lift and remained uncomfortable till she smiled, and said hello - her eyes dazzling all along. I told her why my over six-foot tall Swedish "papa" was so afraid of her, and she giggled just like a schoolgirl would. She couldn't believe Hindi films could have that kind of effect on logical, practical foreigners, especially Swedes.

He finally shook hands with her (and didn't wash the hand for a day, feeling proud of having met India's superstar) and she was not upset we had taken her time. We were still decades away from the age of selfies then and so I have no proof of those precious two minutes.

The second time I met the diva was in New York. She was there for the shooting of English Vinglish (2012). I approached her trying to speak to her in Tamil while she was shopping all alone. She said, "neengala rambo nala Tamil peasren" (you speak good Tamil? Are you a Tamilian?)

I told her I wasn't but my mother, MK Saroja, was. When I told Sridevi that my amma was India's senior-most Bharatanatyam artistes, she bowed in respect, a sign of true culture and respect for other artistes. 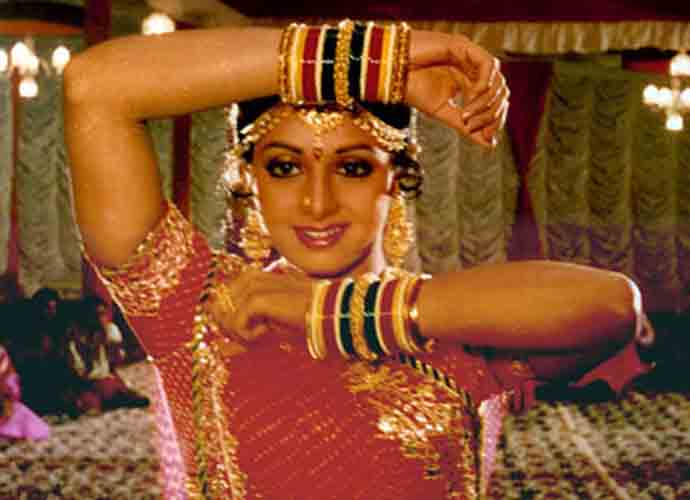 That led us to discuss Bharatanatyam and Tamil films and how she had taken dance classes as a child but "Kamal (Kamal Hasaan) saar beats us all with his dancing prowess," she said.

I told her I had seen Moondram Pirai five times but its Hindi remake was insipid. To which she said, "It's not our first language, no?" (Implying she accepted my credentials as a Tamilian).

She was down to earth, easy to approach, and friendly. But that's a rather south Indian trait. Never show off, be humble and respect others, especially fellow artistes. The Mumbai film world or Hindi heartland may not understand or adhere to these qualities, partly because of the 1947 partition and concomitant losses and displacement and partly due to the many invasions and upheavals (which south India didn't go through). So the Punjabi nosiness and warmth stems from having experienced life as a refugee. This, having lost and built, fought and survived many battles.

In Mahabharata there's a shloka, "Comparison belongs to the mind of the odious." So to say she was better than the rest or that she was a superstar etc is just stating the obvious. Sridevi is and will remain so forever.

The vast range of emotions she could play came through in English Vinglish.

#Chandni, #Chaalbaaz, #Julie, #Sridevi movies
The views and opinions expressed in this article are those of the authors and do not necessarily reflect the official policy or position of DailyO.in or the India Today Group. The writers are solely responsible for any claims arising out of the contents of this article.