Sardar Patel's Statue of Unity: Why 'world's tallest statue' is actually not as tall as it should have been

If statues could speak, India's 'iron man' would reflect on a few ironies of today.

"India is my country and all Indians are my brothers and sisters."

Practically speaking, that's not true. There are more Indians who are mothers and fathers, husbands and wives, friends and foes, competitors and collaborators.

A closer definition for people living separate lives in this common place of origin would perhaps be — all Indians are either Hindus or Muslims, followed by a few other minorities who are not really part of the national discourse or political oratory. Ours is a 'unity in diversity' that is possible to portray only in statues carved out of engineering marvels, painted in political rhetoric, completed in election time.

If statues could speak, Sardar Patel’s statue or the Statue of Unity — to be inaugurated tomorrow on his birth anniversary — would perhaps have cried out loud about the colossal farce of symbolic unity.

People can. And should. 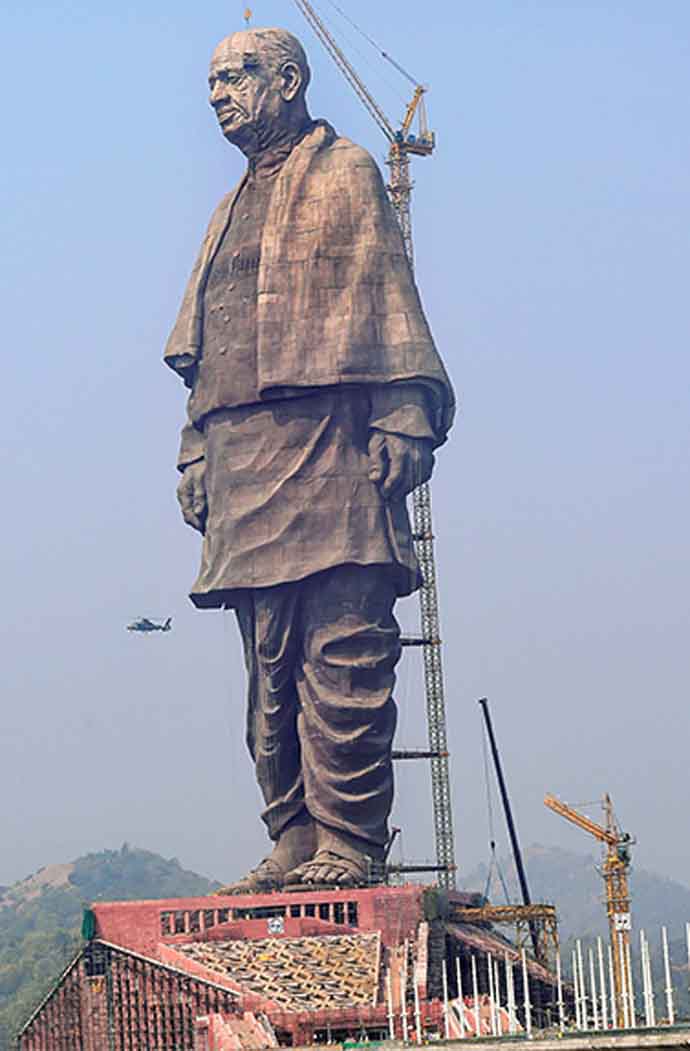 In its attempt to appropriate Sardar Patel and his legacy, the Modi government may have successfully built the tallest statue in the world. But it's not difficult to see why the BJP government wants to achieve such heights — when you can't do big, at least make it look bigger.

There is a reason why Indian politicians keep going back to history. While greats like the Mahatma or Patel and others of their time envisioned an India of unity and an India of diverse people living as 'brothers and sisters', the country, sadly, is still at that 'envisioning' stage. If anything, we have only regressed in our attempts to re-write history. With no vision of our own, we keep falling back to history, both substantiated and mythical.

Isn't it baffling that we have not been able to achieve that 'unity in diversity' — even after seven glorious decades? Where is the promised cohesion and cohesive leadership? India of the present exhibits frightening levels of disunity in various spheres, with more unfulfilled promises than those realised.

The worst blow to Indian unity has perhaps been the divisions created over the decades in terms of unequal distribution of wealth and resources, lack of equal opportunities, both economic and political. There is not a single region which is not struggling over linguistic, ethnic, religious and, most importantly, economic divides.

To add to the old wounds, new chasms are created every day.

If Patel was the 'Iron Man of India', PM Modi is the 'Irony Man', simply because of his ability to create dramatic ironies. While many have pointed out the futility behind such token tributes to a national hero, the 'tallest statue' stands testimony to a sad and small reality of our times — a time when the country is deeply divided today, perhaps more than ever before.

Four years may be a short time for any government to prove its capabilities — but it is long enough to shake people's faith in its governance abilities.

While it's natural for governments to defend their decisions, it is also expected of spin doctors to work overtime to cloak a splurge of public money as 'job-generating', 'tourist-attracting' projects. 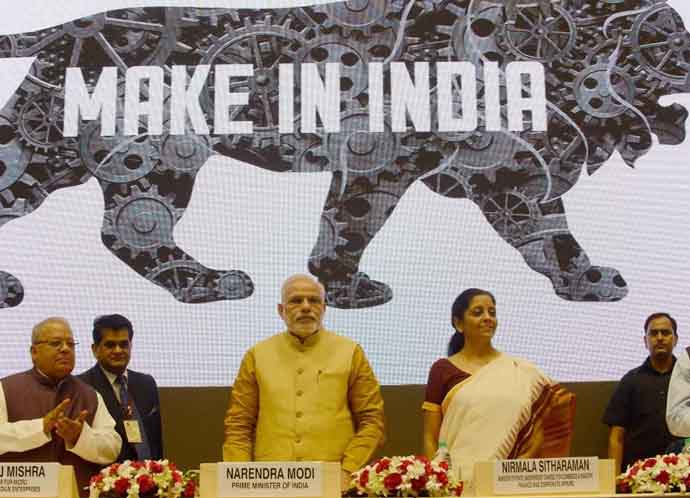 So many promises. How many fulfilled? (Credit: PTI photo)

Truth be told, there is no reason why jobs can't be generated and tourists can't be attracted with state-of-the-art public facilities — stadiums, hospitals, schools, community kitchens, theatres, museums, facilities for creative arts, etc.

Why can't such part-government, part-crowdsourced corpus be created to build villages flush with basic amenities for the tribals in the immediate vicinity of the statue, who are crying over rehabilitation? Or, create facilities for people living near the Sardar Sarovar dam, a few kilometres away from the Statue of Unity, who are reportedly not getting Narmada waters, despite the canal passing close by? (People don't have access to water apparently because the government is yet to finish work on its canal network).

There will be no dearth of media reports covering the grand Republic Day-like function tomorrow. There also will be a flood of praises by public policy analysts counting the possible benefits that the statue will get us. Yes, the possible benefits of job generation which we had heard of in the past as well with 'Make in India' and all such grand statements.

But where are the jobs? What have we been making, apart from grand claims, so far?

Modi supporters should be clear, the Statue of Unity is either a job-generating venture, or a project to unify people, or a purely political stunt. It can't be everything and nothing.

If it's appropriation, then have the heart to admit it.

Also read: Diversion of Rs 121cr by PSUs for Statue of Unity is sheer violation of social responsibility

Post your comment
#Unity in diversity, #Modi government, #Sardar Patel, #Statue of Unity
The views and opinions expressed in this article are those of the authors and do not necessarily reflect the official policy or position of DailyO.in or the India Today Group. The writers are solely responsible for any claims arising out of the contents of this article.