Stubble burning will begin in Punjab in just about a week from now. And it won't be too long till Delhi-NCR turns into a gas chamber yet again.

Punjab ranks among India's Covid-stressed states. In about a week, stubble burning will begin in Punjab and jostle for space with Covid headlines. Stubble burning in Punjab has caused gas chamber-like conditions in the National Capital Region in the last few years.

Punjab Energy Development Authority (PEDA) is setting up projects to produce bio CNG from paddy stubble. Even after the commissioning of all these projects by 2022, Punjab will be able to utilise only 1.5 million tonnes, which is only 7 per cent of the total paddy stubble.

The problem of stubble burning has been hounding the Punjab government, but attention has now shifted to the politics over the three agricultural reforms. As a result, the government may not currently have the time or focus for a reset of priorities and out-of-the-box thinking which can lead to effective solutions. 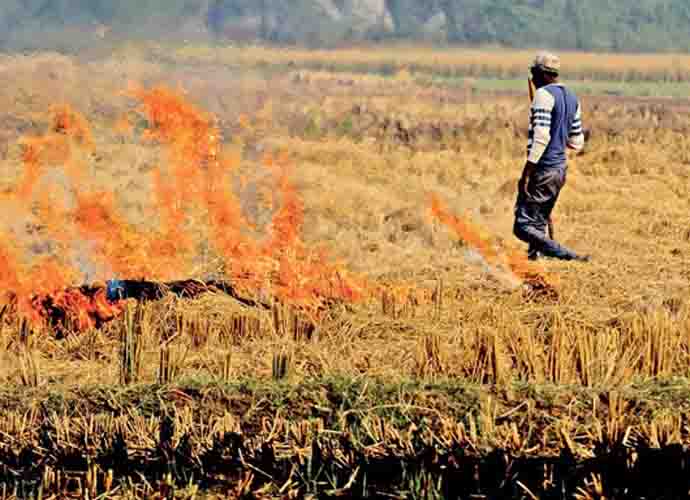 The Punjab government has urged big businessmen and NRIs to set up paddy stubble-based industry in Punjab. The government’s objective shall be served better if it enables the youth, particularly engineers, graduates in science and technology to incubate such start-ups. The state government can create entrepreneurship possibilities and help these youth by facilitating the sanctioning of loans and providing a market, for which there is much scope.

With many campaigns and consistent media coverage in the last few years, Punjab’s farmers have realised that they can benefit hugely if they sell paddy stubble for industry use instead of burning it. Not burning the stubble has major environmental benefits too. The top soil, which is highly fertile, does not get damaged. Paddy stubble is locally called ‘parali’ in Punjab. With hand-holding by the government, educated or uneducated unemployed youth in rural Punjab can steer projects that use paddy stubble as an input.

Young entrepreneurs can use paddy straw to make biochar. The process needs very little space and investment. Application of 2 tonnes of biochar per acre either to wheat or paddy reduces urea consumption by one-third, produces 10 per cent more green yield, and improves soil health significantly after three years.

The government can encourage youth to use paddy straw for complete feed block preparation for cattle. A complete feed block is a system of feeding all ingredients including roughages, processed and mixed uniformly, made available to the animals without the need for any previous preparation. The concept of the readymade, densified complete feeds with fibrous crop residues is an efficient way to increase the intake and improve nutrients utilisation.

Buffalo calves can be raised for meat production by feeding paddy straw. A study conducted by Guru Angad Dev Veterinary and Animal Sciences University (GADVASU), Ludhiana, found that paddy straw can be used as a basal ration for buffalo fattening. The urea-treated paddy straw based complete feeds can give 500 gm average daily weight gain in buffaloes.

A start-up formed by IIT Delhi students used paddy straw to make packaging materials, plates and bowls, etc. A German company has set up an establishment in Bengaluru to make biodegradable and compostable packaging from agricultural waste purchased from farmers. These packaging materials are used for making tableware, and also packing fruits and vegetables. Punjab government can leverage various such technologies to provide effective alternatives for paddy straw burning.

#Delhi air quality, #Punjab Farmers, #Paddy burning, #Stubbleburning
The views and opinions expressed in this article are those of the authors and do not necessarily reflect the official policy or position of DailyO.in or the India Today Group. The writers are solely responsible for any claims arising out of the contents of this article.