For both Alix and Kelly, who claim to care for Emira, she is just her blackness, her racial self.

In a woke world, the bid to appear egalitarian has ensured biases live and discriminations thrive. Such A Fun Age by Kiley Reid weaves a story of this woke world that is so conscious of appearing to not be discriminating that it discriminates by always keeping race alive. Reid's novel is a sordid commentary on a liberal world that congratulates itself on having black guests for Thanksgiving dinners. Much like us here in India, who install themselves on high moral pedestals because they allow their maids and nannies to sit on their sofas, or give them clothes whose tags are still intact because it wouldn't fit them.

Emira Tucker works in Philadelphia as a babysitter for lifestyle guru Alix and news anchor Peter Chamberlain. When Peter and Alix's house is egged after Peter blunders into an episode of on-air racism, Emira is called in to take Briar, the couple's toddler, out while the parents deal with the situation at hand.

Spotted with a white child at an upscale supermarket, Emira is accused of kidnapping Briar by a security guard. The situation normalises after Peter is called in to vouch for Emira's innocence. His version counts because he is a white man. The situation is diffused, but all that follows throws Emira's life into a whirlwind. 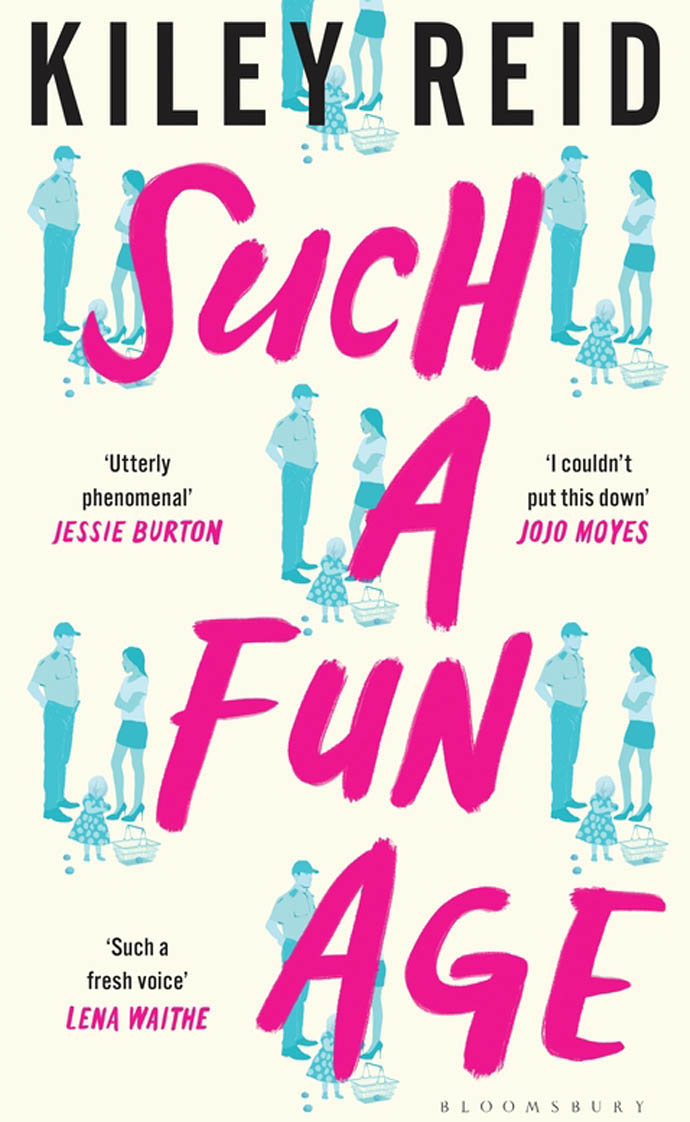 Such a Fun Age by Kiley Reid, Bloomsbury, pages 310.

When the story starts, Emira is 26 and silently freaking out. She's about to age off of her parents' health insurance. After five years of college, she is still clueless about what to do with her life. With just two skills — typing and child care — Kiley Reid's protagonist isn't really spoilt for choices.

Peter's racist faux pas prompts Alix to desperately try to warm up to Emira because she is black. This is Alix's way of giving herself, and by extension her husband, a clean chit from racism accusations.

On the night the supermarket incident happens, Emira meets Kelly, who films the events on his phone. The two meet again and hit it off. But Kelly is on a racial tourism. His decision of only dating black women is a crying testimony of his fetishisation. As Alix and Kelly court Emira, the woman has just one concern — the video should never get to social media because her family should never know she doesn't have a 'real' job. For both Alix and Kelly, Emira is her blackness, her racial self. The more they try to be accepting of her, the more they congratulate themselves of being non-racist. All this while nobody cares to think that Emira is a person in her own right, a real person with some real wants and needs.

Alix wants Emira to believe that she has black friends and she is not a hoity-toity white American, because according to her, if Emira can see all of this about Alix, she'll like her. And if Emira likes her, it will be like a proof that Alix is a good and virtuous white person.

The white people in Such A Fun Age are surprisingly more fixated on race than the black Emira is. Many of us fighting caste in India would find themselves reflected in Alix and Kelly in those rare moments of honest introspection.

But it would be wrong to call this novel one that is about race. It is that and much more. Just like every human is more than his race.

There are friendships, there are break-ups, there is motherhood, there is love and then lust too. There are manipulations and then there is some show of spine as well.

Kiley Reid has herself worked as a babysitter for six years before writing this novel, but this book is not an autobiographical account. Reid's experience as a black person only inspires the plot.

This novel is not a simple account of a few bad people against a good woman. Kiley Reid shows empathy towards all her characters. It helps portray them as real humans with shades.

And that is why if you are a privileged person, you could find Alix and Kelly in you. And if you are the marginalised and discriminated one, you would find yourself reflected in the predicaments of Emira.

The wokeness of this world holds many Emiras from forgetting their prejudiced identities because someone keeps telling them — hey, your identity doesn't matter to me.

Kiley Reid's debut novel is a beautiful, soul-stirring read. We look forward to her next work.

Also read: Take a peek into Pakistan's elite society blowing itself up with In the Company of Strangers

#Kiley reid, #Bloomsbury, #Such a fun age, #Bookreview
The views and opinions expressed in this article are those of the authors and do not necessarily reflect the official policy or position of DailyO.in or the India Today Group. The writers are solely responsible for any claims arising out of the contents of this article.