Retaliatory fire along the Line of Control (LoC) and the International Border (IB) has not stopped the Pakistani Army from firing mortar shells and even anti-tank missiles at Indian Army camps and civilian homes near the border. It hasn't deterred the Pakistani Army from infiltrating JeM and LeT terrorists into the Valley and now into Jammu to attack the Indian Army and its families. Since the surgical strike on Pakistani terror launch pads on September 29, 2016, ceasefire violations by the Pakistani Army have more than trebled. Terror attacks too have spiked. Infuriated by the international humiliation it suffered as a result of the clinical surgical strike by Indian special forces, which killed dozens of Pakistani soldiers, the Generals in Rawalpindi have adopted an aggressive dual strategy. The Pakistani Army and Rangers have greatly increased the frequency and intensity of shelling along the LoC. They have also doubled the number of LeT and JeM terrorists infiltrating into the Kashmir Valley.

The Indian Army, CRPF and J&K police have hunted down these terrorists in increasing numbers. But for Pakistan, dead terrorists are a cheap commodity. The terrorists' impoverished families are compensated generously with money and land. Newly indoctrinated youth in Pakistan-occupied Kashmir (PoK) are quickly trained and dispatched across the border into India to strike pre-determined targets. Pakistan's undergraduate school of terrorism, the largest in the world, ticks along smoothly.

The only losses that hurt the Pakistani Army are casualties among its soldiers, Rangers and members of its Border Action Team (BAT) who specialise in beheading and mutilating their victims. That is why the surgical strike hurt Pakistan. Regular Pakistani soldiers were caught napping and killed in numbers. The retribution has been swift and sustained.

India could have used the brief lull in hostilities in late 2016 after the surgical strike to initiate a structured dialogue that was suspended after the Pathankot attack in January 2016. The peace lobbies in both countries would have welcomed this move. So would the Pakistani government. The Pakistani Army would have approved it as well: it fits well into its well-established strategy of talks and terrorism going on together.

Talking to India gives Pakistan a cover of respectability. Terrorism meanwhile allows the Pakistani Army to maintain its primacy in Pakistan's fractured polity. It justifies its bloated defence budget. A permanent enemy, India, is necessary for the raison d'etre of a large, well-funded Pakistani Army.

But the Generals in Rawalpindi also want talks with India that are pre-programmed to periodically fail before being revived again due to pressure from India's influential peace-at-all-costs cabal. In short, an interrupted and interruptible dialogue, the precise reverse of the formulation by India's peace lobby.

India's second option after the surgical strike is the one it has currently adopted: robust retaliation to Pakistan's terror attacks and ceasefire violations along the LoC and IB. The failure of this strategy should have become clear to the Indian government after practising it for nearly 18 months, following the surgical strike, with poor results. Retaliation fits into Pakistan's playbook. Low-intensity conflict allows it to attack the Indian Army with relatively light losses to its own forces. 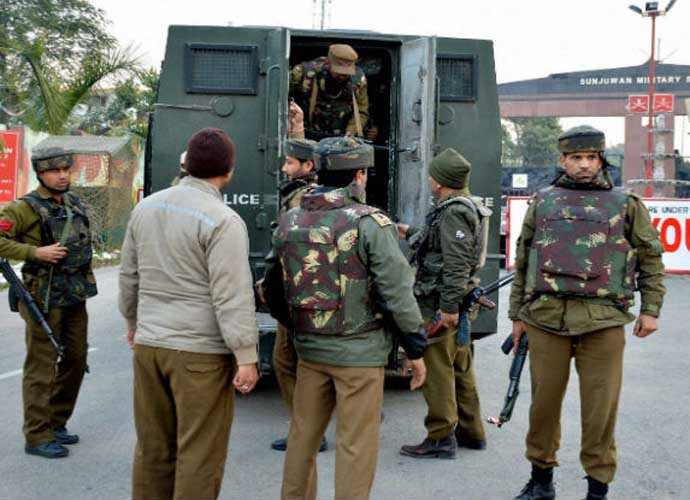 Between war and ad hoc retaliation of the kind that Rajnath Singh promises periodically ("befitting reply"), lies a large unexplored space. India already faces what in effect is an undeclared war by Pakistan. Over 80 Indian soldiers have been lost to Pakistani firing and terror attacks over the past 18 months.

Retaliation is not an answer to an undeclared war. To impose punitive costs on Pakistan and achieve effective deterrence to the unending cycle of violence, four steps are necessary.

One, downgrade diplomatic ties to consular level. There is no need to retain a full-fledged Pakistani high commission in New Delhi packed with ISI agents who subvert Indian politicians, bureaucrats, journalists, retired armed forces officers, activists and NGOs. This will send a message to the rest of the world that India means business.

Two, cut trade links with Pakistan, revoke its most favoured nation (MFN) status and stop the archaic ceremonies at Wagah and other border crossings. No one takes a nation seriously which maintains such fraternal and trade ties with a terrorist state.

Three, build that long-promised high-tech electric fence with sensors around every key army camp perimeter. The fence was promised two years ago after the Pathankot attack. Defence minister Nirmala Sitharaman finally announced last week that a Rs 1,487-crore budget for building the 9-foot-high electric fence has been approved. It will take 10 months to complete but will greatly enhance perimeter security around Army camps.

Four, surgical strikes across the LoC should be the norm, not the exception. In an undeclared war in which the Indian Army has lost scores of soldiers to Pakistani terror attacks and shelling, deploying special forces and air assets to destroy Pakistani Army positions that launch terrorists into India will not escalate matters. Remember: India too has nuclear weapons. Pakistan's nuclear bluff is just that - bluff.

In sum: Option 1 (retaliation) hasn't worked. Option 2 (talks) won't work - that's what Rawalpindi craves: talks and terror hand in hand for respectability and bloated defence funding respectively. Option 3 is the only real option left against a terror state that continues to wage an undeclared war on India.