Adultery no longer a crime: No, the SC is not promoting moral corruption. It is recognising that adults are adults

The SC has recognised that marriage does not mean ceding sexual autonomy.

The courtroom is finally rescuing the bedroom.

Indian society seems to be coming of age as far as sexual relationships between adults are concerned, at least officially. And the credit for this goes to the Supreme Court, which, with two sensible verdicts in a month, has led the nation’s march towards adulthood.

After decriminalising homosexuality on September 6, the court on September 27 struck down Section 497 of the Indian Penal Code, which criminalised adultery. The Supreme Court has emerged as the supreme crusader of modernity and sensibility where sexual relationships among adults are concerned. (Photo: PTI/file)

Consensual sexual relationships between two adults, even if married to other people, will no longer be a crime. Adultery will, however, be considered valid grounds for divorce.

While the judgment is very significant, it is the observations made by the five-judge bench on women’s rights, sexual relationships and power structures within a marriage that will gladden the hearts of all those who believe in equality, and raise the hope that achche din for Indian women might not be an impossible dream.

Chief Justice of India Dipak Misra, who read out the judgment on behalf of himself and Justice Khanwilkar, said: “It's time to say the husband is not the master.”

Justice Chandrachud, who has been in the news for being the lone voice of dissent in September 26’s Aadhaar verdict, struck all the right notes when he said: “Section 497 deprives a woman of agency and autonomy and dignity…Woman has sexual autonomy within marriage. Marriage does not mean ceding autonomy of one to the other.”

Thank you, Milord, for saying something that should be obvious, but clearly isn't to a large section of the country.

Section 497 was a patriarchal, regressive piece of legislation that considered a married woman her husband’s 'property'.

Read this: “Adultery.—Whoever has sexual intercourse with a person who is and whom he knows or has reason to believe to be the wife of another man, without the consent or connivance of that man, such sexual intercourse not amounting to the offence of rape, is guilty of the offence of adultery and shall be punished with imprisonment of either description for a term which may extend to five years, or with fine, or with both. In such case the wife shall not be punishable as an abettor.”

Not once does the law mention the concept of a woman’s choice — a man having sex with her would not be a crime if her husband was okay with it.

Also, only the aggrieved husband had the right to file a complaint. The wife being cheated on had no legal recourse.

Yet, it was the last part of the Section — the wife shall not be punishable as an abettor — that had attracted the most criticism, for being “biased towards women”.

In fact, the petitioner on whose plea Thursday’s historic judgement has come — Italy-based NRI businessman Joseph Shine — had asked that the law be made gender-neutral.

Of course, the law was not partial to women at all — what it did was assume that women had no agency, no power to make sexual choices, and if a woman was sleeping with a man not her husband, the poor, brainless thing had been “seduced”. 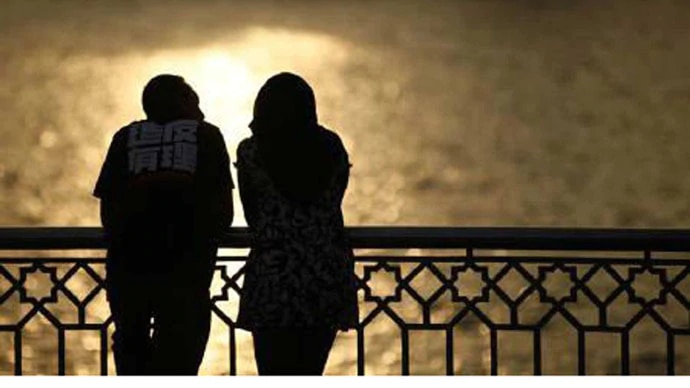 However, even if the law had been gender-just, it had no reason existing.

Adultery might be immoral — it cannot be illegal. It is not the Constitution of India’s job to decide what two consenting adults do in the privacy of their bedrooms.

As the SC said: “In case of adultery, criminal law expects people to be loyal, which is a command which gets into the realm of privacy.”

However, the aggrieved spouse has every right to demand a divorce from their partners, which provision the SC has retained.

The arguments given in favour of criminalising adultery revolve around the “sanctity” of marriage.

In July this year, opposing the petition, the Centre had submitted in the court that striking down Section 497 would “prove to be detrimental to the intrinsic Indian ethos which gives paramount importance to the institution and sanctity of marriage. The provisions of law under challenge in the present writ have been specifically created by the legislature in its wisdom, to protect and safeguard the sanctity of marriage, keeping in mind the unique structure and culture of the Indian society.”

The subtext here, of course, is preserving the “unique structure” of patriarchy and the Indian culture of hypocrisy over women’s rights, love, sex and morality.

The “institution of marriage” cannot be more important than the individuals who are part of it. A marriage preserved by force at the cost of the individuals’ happiness is exploitative, unhealthy, and can in no way contribute positively to society. As CJI Misra said: “Adultery might not be the cause of an unhappy marriage, it could be the result of an unhappy marriage” and that making it a crime would mean “punishing unhappy people”. The 'institution of marriage' cannot be more important than the individuals part of it. (Photo: PTI/file)

In fact, the “sanctity of marriage” and “public morality” arguments are generally brought up to defend unjust, patriarchal laws and customs. Recently, the Centre trotted it out to oppose criminalising marital rape.

“The institution of marriage must be protected. Otherwise, the children from such marriages will suffer,” the Centre’s counsel had told the SC in August 2017, defending the IPC provision that does not penalise a man for forcibly having sex with his wife aged between 15 and 17.

A wife cannot be made a slave to her husband’s sexual desires. It is high time this odious gap in our laws is fixed, and a woman’s autonomy over her body given absolute, gilt-edged legal sanction.

As far as sex is concerned, anything consensual between two adults, of any gender, should be fine. Anything where consent is violated, whether of a man or a woman, should be punishable.

If “traditions”, “cultural morality”, “religion”, etc., say otherwise, they should be disregarded.

The highest court of the land seems to be embracing this finally. Hopefully, the rest of us can catch up.