The lawyer of Sushant Singh Rajput’s father, Vikas Singh, is ‘frustrated’ over the delay in probe when he is 200 per cent sure about the actor’s strangulation.

Farmers are on the ground. Some working on the fields. Some blocking road and rail traffic as part of their protests asking Prime Minister Narendra Modi to meet their demands. Modi has instead asked his men to meet the farmers on the ground. The ground connect is aimed at busting the opposition ‘agenda’. Agenda is no balloon, no bubble. So the agenda-busting task would need more than a pin. Modi has suggested ‘simplified language’ as the weapon. 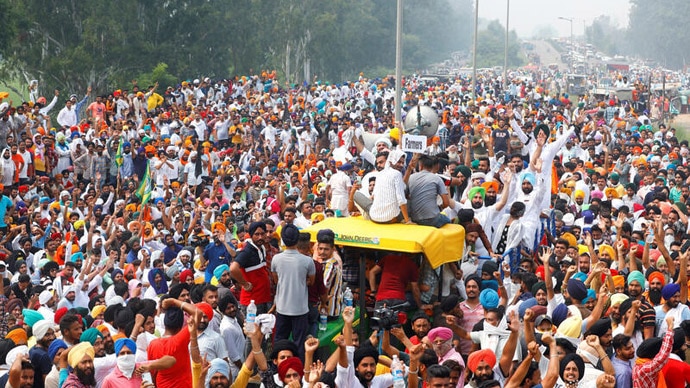 Farmers are protesting over the government's Farm Bills. (Photo: Reuters)

In an interaction with partymen today on the occasion of the birth anniversary of Jana Sangh leader Deendayal Upadhyaya, Modi told BJP karyakartas, “... Inform them [farmers] in very simplified language about the importance and intricacies of the new farm reforms, how these will empower them.”

The man who sang in multiple languages, SP Balasubrahmanyam, passed away today. The ace singer was admitted to hospital in early August and diagnosed positive for coronavirus. On September 13, he tested negative.

Modi has said the world has become poorer. Not money-wise, but culturally, because of the death of SPB. Upon his father’s demise, son SP Charan said, “My dad will live long till his fans remember him.” Fans can forget their pehla pehla pyaar, but they won’t forget Balasubrahmanyam singing that song and the thousands of other songs he sang in different languages.

Balasubrahmanyam won’t be forgotten and his songs will live on after him. Former cricketer Sunil Gavaskar would however try to forget Anushka Sharma the next time he sees Virat Kohli come out to play. A comment on Virat’s performance in the Royal Challengers Bangalore (RBC) vs Kings XI Punjab match, earned Gavaskar Anushka’s 'wrath'. 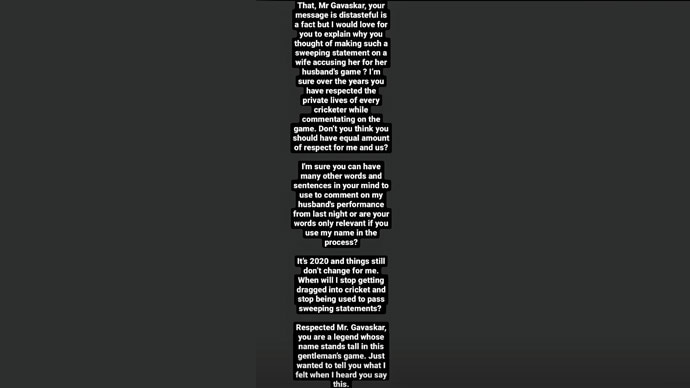 What exactly did Sunil Gavaskar say about the power couple?

Virat, who is the captain of RCB, dropped two catches and then failed with the bat too to which Gavaskar said, “Sirf Anushka ki bowling ki practice ki hai unhone.” Anushka then asked why it was important for Gavaskar to drag her name in her husband’s game. If the game can happen with stadium spectators, it sure can happen without her. Gavaskar, on his part, has presented proof of what he said and an explanation of why he said what he said.

Gavaskar didn't mean that. He meant Kohli practiced batting while Anushka bowled to him during Lockdown. Stop quoting that tweet ffs 🤦 pic.twitter.com/ExQWLOp6Oz

Padukone has not requested to be seen or heard along with husband Ranveer when she presents herself at the NCB. The clarification came from NCB after rumours that Deepika had asked that husband Ranveer also be allowed to be present at the NCB office tomorrow when she is being grilled. Her anxiety issues were cited as the alleged reason behind the request, which NCB didn’t accept or reject the request because it was never made. EOD.

That discussion done, the other discussion around Deepika is that she was the admin of the WhatsApp group in which all drug chats were happening. The actress’s manager, Karishma Prakash, and Jaya Saha were part of the group. How does it matter who the admin was? May just show who was more tech-savvy.

Actor Rakul Preet Singh today met NCB sleuths and reportedly said she did have WhatsApp chats with Rhea Chakraborty in 2018 with regards to drugs, but denied consuming it. Where will this line of questioning take the NCB probe is not known. The probe today did pass through the house of a Karan Johar-owned Dharma Productions employee, Kshitij Prasad, and drugs reportedly were seized from his house.

What was found at Sushant Singh Rajput’s house on June 14? His body. Sushant’s family lawyer Vikas Singh has said he is 200 per cent sure that the actor died because of strangulation, which means he was murdered. How is one 200 per cent sure of something that one has not seen? Singh says, “The doctor who is part of AIIMS team had told me long back that the photos sent by me indicated 200 per cent that it’s death by strangulation and not suicide.”

A photo speaks a thousand words. Singh had sent not one but many photos. So thousands of words have been spoken by the photos. But the words spoken by Dr Sudhir Gupta, who is leading the team of AIIMS doctors, only say, “Investigation is still going on.”

Bihar election results will be announced on November 10. People will vote on October 28, November 3 and November 7. Many people won’t vote and many would stand in queues to vote for NOTA (none of the above) because voting is your right so why not. Also, November in North India is a better month to stand in queues than April, May, or June.

Earlier, Election Commission press conferences used to declare the details of security forces that would be deployed; this time, the EC has declared how much hand sanitiser and how many masks would be made available.

There was a time in Bihar politics when it did not matter how much security was deployed. Booths were captured with security forces watching and sometimes under their watch.

But we will take you to the first time booth capturing happened in Bihar. The year was 1957 and the country was having its second Lok Sabha elections. The incident was reported from the Begusarai constituency. Later, booth capturing became so rampant in Bihar that political parties began hiring the then Begusarai don Kamdeo Singh to capture booths. He perhaps had the beginner’s advantage. Legend has it that Kamdeo was hired by a high-profile Union minister in Mithila region in the 1972 polls. Booth capturing outlived Kamdeo. Things have changed now because things change. Elections will take place in Bihar at a time the world has changed.

Yes, the world is always changing. The word election too has changed in form.

Election, our Word Of The Day, has traced its way from Latin to French to English. In Old French ‘elecion’ meant to pick out. In real elections, we pick out from the choices we are given. So we are picking out from what has been picked up by the party. NOTA is a way saying ye pasand nahi aaya, kuch aur dikhao. But there is no compulsion on the parties to ‘show more’. The person with the highest votes, excluding NOTA, wins.

What should you see over the weekend? Kumbalangi Nights. Where can you watch it? Amazon Prime. The movie is in Malyalam but has subtitles. So that should make for a nice weekend.

To make your weekend a musical one, who but SPB is the man to fall back on. The song we recommend is Mannil Indha Kaathalandri from the movie Keladi Kanmani (1990).

But who is going to have a blast this weekend? Vodafone Group Plc. The company has won a Rs 20,000-crore international arbitration case against the Indian government. Does this mean better network for customers? We will leave that for the laughs. You too have a good weekend and since you still can’t visit friends freely, may you at least have one where network interruptions do not interrupt your phone calls.

On that note, bye for today.

#Bihar Elections, #Anushka Sharma, #Deepika Padukone, #Sushantsinghrajput
The views and opinions expressed in this article are those of the authors and do not necessarily reflect the official policy or position of DailyO.in or the India Today Group. The writers are solely responsible for any claims arising out of the contents of this article.