DailyOh! What is new in Sushant Singh Rajput death case

The Sushant Singh Rajput death case has now got the ED stepping in to look into claims of Rhea Chakraborty siphoning off Rs 15 crore.

After owning up to being Sushant Singh Rajput’s girlfriend and demanding a CBI inquiry into his death from Home Minister Amit Shah, actor Rhea Chakraborty has asked the Supreme Court for a Mumbai Police inquiry into the case. That move might have left Shah and the apex court confused over which inquiry to order, but Sushant’s family is convinced the move shows mala fide intention. In a counter move, the family wants the Bihar Police to investigate the case. They have demanded the same in an affidavit before the Supreme Court and want that their plea be heard before Rhea's. 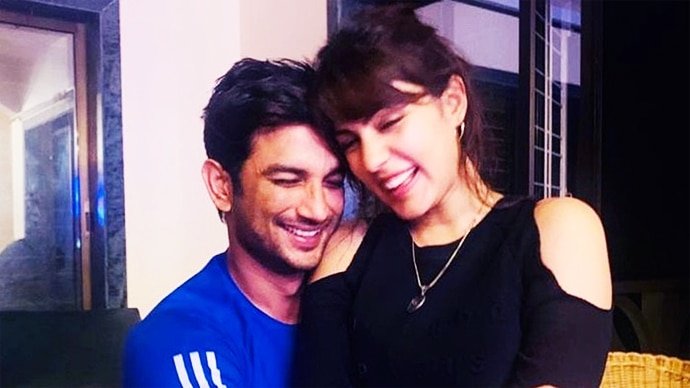 For now it seems both Rhea and Sushant’s family are in agreement. Over what? That there should be no CBI inquiry. And so is Supreme Court. The SC dismissed a petition filed by Alka Priya demanding a CBI probe, saying that the petitioner has no locus standi in the matter. So Alka Priya should not stand before the court demanding this or that in the case because she has no connection to the case.

Not that the CBI has a great track record of fair probes. But in a probe that no one asked for, Enforcement Directorate is probing the alleged Rs 15 crore transfer from Sushant’s accounts.

In their own probe, Bihar Police have questioned Sushant’s cook, who was in the house when the actor was found dead.

The charge that Sushant’s family is pushing against Rhea is that of abetment to suicide, apart from a lot of other charges like cheating that they have slapped her with.

Abetment comes from the word abet. Now let’s dig into where the word abet comes from. Why do the digging? Because abetment is our Word Of The Day. Also digging is easier during monsoon. Let’s keep discussions over the second for another day; for today, let’s dig into abet. Abet comes from Old French word abeter, which meant ‘to entice’ - a: to plus, beter: hound on, urge, to bait. To abet is to encourage, support, or countenance by aid or approval, usually in wrongdoing.

Abetment is the act of helping or encouraging someone to do something wrong or illegal. Abetment is often difficult to prove because how do you prove someone did something because you asked or compelled the person to do it. Who listens to us anyway? But if proven, abetment to suicide is a non-bailable offence.

What is easier to prove is what maths can calculate. Numbers show Sushant’s movie Dil Bechara garnered 95 million views in 24 hours. That kind of viewership would translate into a Rs 2,000 crore opening. How? Read this to find the answer as everyone tries to find who should investigate the late actor’s death.

And while we do not know who in the case is telling the truth and who not, the truth the Centre is telling the states is too bitter to swallow. The government has admitted it has no money to pay the state governments their share of GST revenues. Blame it on the lockdown? No. GST collections have been low since August 2019. So blame the overall economic policy.

Should you praise the National Education Policy (NEP)? That is of course your choice. The NEP 2020 advocates that at least till Class 5, children should be taught in their mother tongue because that improves their cognitive language. This however is no imposition because NEP still provides multi-lingual flexibility.

No flexibility has been offered to Congress leader Saifuddin Soz who is not a free man despite not being in detention. Soz is in Kashmir so he is under no lockdown either. Since Soz wasn’t being allowed to leave home, his wife Mumtazunnisa reached SC and filed a plea saying the same. The SC asked J&K government – why so? The J&K government told the court that Soz is under no detention. So SC dismissed the plea. But Soz today presented evidence in which he can be seen not being allowed to leave.

Govt has told SC that I am a free person but the officials here don't agree to it: Senior Congress leader Saifuddin Soz tells @ShujaUH#ITVideo pic.twitter.com/x36nSm6uAp

Soz will get his release when the government accepts he has been detained.

But the two Sonus of Bollywood got wishes galore on their birthday. Sonu Sood and Sonu Nigam not just share their first names and birth dates, but also their birth years. Such is the resemblance that when Sonu Nigam tweeted complaining about azaan ‘noise’, some took to trolling Sood.

On his birthday, we want to dedicate a song to Sood that has no Sood connection but you do get the sentiment, right?

Now, to the other birthday boy who has entertained us with such melody, it would give chocolate makers a run for their money.

Nigam has sung many songs but then there was this one song he wanted to sing so bad he wanted Kumar Sanu to get late for the recording.

In the early 1990s, Sonu was still a struggler. Vidhu Vinod Chopra was directing 1942: A Love Story (1994). Sanu was selected as the playback singer. The day the song was to be recorded, everyone reached the studio, but Sanu. Chopra didn’t like this. RD Burman said if Sanu doesn’t arrive over the next few minutes, Sonu will sing the song. Sonu reportedly prayed Sanu got late, but not all prayers get answered. Sanu did arrive and did sing that song.

Sonu went on to rise as another singing sensation later.

It’s difficult to pick one from his several greats. So treat yourself to a rich list.

Joining the list of coronavirus positive people in the country are a priest and 16 police officials. Why do we mention them? Because the priest is one of the four priests given charge of taking care of the Ram temple site in Ayodhya. The cops too were deployed at the site.

Trust the ceremony to go ahead as per schedule because as Ram bhakts say Ram ji karenge beda paar! One million people can already claim it has happened for them.

Also Read: Why India needs to be prepared for a tactical winter offensive by China

#Rhea chakraborty, #Sonu sood, #Sonu Nigam, #Sushantsinghrajput
The views and opinions expressed in this article are those of the authors and do not necessarily reflect the official policy or position of DailyO.in or the India Today Group. The writers are solely responsible for any claims arising out of the contents of this article.