Grammar Nazis are passé, now we have a posse of Woke Nannies correcting what we say.

Not women but people who menstruate, JK Rowling, herself a person who menstruates, was told recently! Told off, rather. Some bright bulbs find calling a woman a woman offensive because anybody can be a woman. Biology is no longer in charge, thetharology is. The thetharology of the intellectually superior struck our shores yesterday as we dealt with the tragic end of Sushant Singh Rajput, a young and promising talent gone too soon.

Did Sushant Singh Rajput commit suicide or kill himself or die by suicide? I have received emails, messages and have seen numerous tweets from some well-meaning and other uber-woke folks calling out the usage of the phrase ‘commit suicide’ because suicide is no longer a crime. This is for the well-meaning folks.

To commit suicide is a phrase that used to mean to kill oneself but is now considered offensive because it suggests that doing it is a crime. Considered by WHO? And suggested by who? Because if you do not suggest doing it is a crime, it still does not mean that. That it has the word commit and a crime is committed and suicide was a crime till recently doesn’t automatically suggest that the user means this is still a crime. Besides, crime is not the only thing that is committed. One can commit a mistake too. One can commit to a relationship. A society that is guilty of ghastly omissions and commissions feels the need to conceal some of its ugly reality in velvet language. 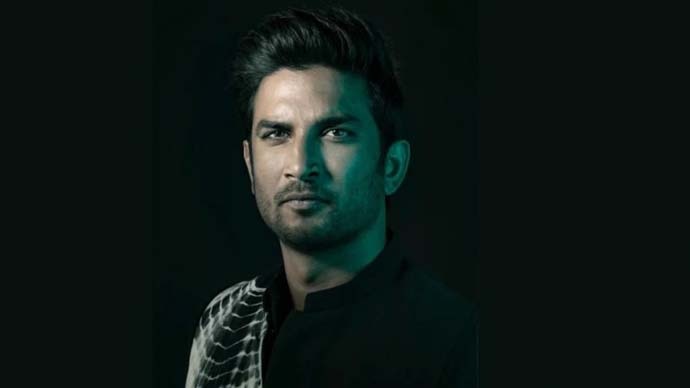 Yes, there are WHO recommendations and this usage will, with time, go away if more and more people use an alternative word/phrase. But some of the virtue-signalling yesterday bordered on bullying. So much so that some people apologised and deleted their posts where they used the phrase, feeling guilty about a now-mistake they hadn’t committed in the first place. I spoke to one of my friends and he said he never hinted at a crime but then people are ‘sensitive’. Some people who outrage against online bullying were happy to join in the bullying of simple people simply expressing their grief, in whatever words they could gather. They did not get the WHO memo, the UNESCO guidelines or MOHFW directives. They just wrote a couple of sentences, in their second language, their first feelings after getting news that was traumatic, to begin with. The lectures on the correct language being delivered in a country where people go off and expire like medicines. You don’t die laughing when you hear these ‘off ho gaye’ or ‘expire kar gaye’ because you don’t reach for WHO guidelines, instead, you listen with empathy and console them.

Yet, the so-sensitive people were pretty insensitive when enforcing the new WHO guidelines, raiding timelines and rapping people for using the phrase committing suicide instead of dying by suicide. Who ordered and approved the usage of this phrase: dying by suicide? WHO? Well, I have my own beef with the phrase dying by suicide because it hints at natural death. Do I have to apologise for hurting the sentiments of Hindus because I used the word beef since I don’t have the guts to use pork instead lest the Muslims should teach me a lesson? Since Bengalis and Malayali Hindus are not offended yet, consider the sheer everydayness and innocence of the word dying. Death is so natural. As if suicide happened to happen, nobody did it. Died by suicide stresses on died and absolves suicide. By the way, the sui in suicide comes from the same souce our Sanskrit prefix ‘swa’ comes from. Dei Hindu bros, hisab barabar.

The truth is you like it soft and easy-breezy because you can’t handle the truth. How about kills himself? Well, technically you can’t use it till forensics say so. Found dead? Well, the doctors have the right to declare somebody dead. Can we just say died? Because it’s free of connotations, dry of emotions. Died is neutral and can be used in cases of suicide, accidents, murders and massacres without triggering a deathly storm of correctness.

Being correct is important but that’s not how language works. Human beings have always found it difficult to deal with death. All the religions have come into being only because we fear death and what happens after it. We all know religious books lied to us about where we came from but they are still deemed right about where we go from here because science will not lie about what happens after death. Nobody has lived long enough to tell the story of the hereafter. Being correct is important but that’s not how language works. (Photo: Reuters)

What happens when we die? Atheists die, Christians and Muslims pass away and Hindus pass on. Yes, apparently we don’t die, according to the biggest religions of the world. If you argue against this, you will be insensitive to 90 per cent of the people of faith. So you be correct and surrender to beliefs that say Christians and Muslims wait for the judgment day. Hindus leave the body and take another one. Well, the truth is that everyone dies. That’s why we cry. But we don’t accept death. Death is too harsh, too difficult to deal with. We want a teddy bear for our emotions and when it gets too much, we take it out on unsuspecting mourners for not grieving correctly.

Yesterday, some said you can’t say RIP because Sushant Singh Rajput was Hindu and Hindus don’t rest in peace. They went around asking people to change their goodbyes to Om Shanti, because Muslims and Christians RIP. To this, the Muslim Twitter erupted claiming only Muslims RIP since Christians haven’t got the latest version of the Abrahamic software. There has to be a limit to this urge to correct everyone’s language.

I cannot help but bring up the tragedy that became farce from being a handicap. By the way, handicap is a term used in golf without much difficulty. The difficulty began after people said the word handicapped invokes the imagery of a man with an upside-down cap in hand begging because of physical inadequacies, so we should use disabled. This led to its own problems. Why call them disabled since they are able to do a lot of things? So the acceptable differently-abled. The government realised this was a great thing. In India, they are called Divyang, the divine-limbed. Everybody loves the divine; nobody wants to get one. The blind became visually-challenged and children with specific mental disorders were declared special. All children are special or none are. In our rush to become correct, we have created special words to humiliate children with unfortunate conditions.

Indira Gandhi gave the slogan of Garibi Hatao but it’s her successors who managed to do the impossible. Now they are called EWS. Yes, the urban poor is called EWS now. It just sounds better because we no longer have poor people living in our midst. There are some Economically Weaker Sections of course. Dr Batra can’t cure baldness because people are follicly challenged. Hair falls, it’s not a challenge; Niagra Falls is. Baldness is not a countenance challenge, you can order a wig. This fig leaf of language modification will not hide the pate. Remedies will.

The Rajbhasha Robespierres have failed in coronating Hindi precisely because language is humanity’s medium of expression. Language is not imposed from above and cannot be governed by the high intellect of the self-appointed intellectual elite. A language evolves from usage by the people, for the people, and of the people.

That’s what happened yesterday. Sushant Singh Rajput’s sudden death triggered a pang of collective guilt: what kind of expectation-centred society have we built that crushes such raw talent? That we have failed in building a system that nurtures, nourishes and allows the buds to bloom in the slush of nepotism. We cannot level the field for everyone so we soften the surface. We cannot correct the system, so we correct language. Grammar Nazis are passé, now we have a posse of Woke Nannies correcting what we say. Beta, theek se namaste karo. Gandi baat!

Also Read | 13 ways of looking at English: This language gets work done in India