DailyOh! Amit Shah’s big treat in Bengal, to the Pakistani letterbox India got in 1971

Shah will be in West Bengal over the weekend and will meet farmers.

Brains are better when locked in skulls. The mind, whose 3D manifestation the brain is, must be open. “Open your mind,” Chief Justice of India Sharad Arvind Bobde has told the government when the government talks to the farmers. He said, “Farmers perceive the laws are against them and your negotiation is bound to fail again unless you do so with an open mind.” A perception problem is best handled by opening of minds - on both sides. The SC has spoken to one side on the question of opening of minds.

On its side, Supreme Court has told the government it intends to set up a committee of farmers’ unions, government and other stakeholders to resolve the issue. Union Home Minister Amit Shah, meanwhile, is planning his weekend lunch in West Bengal. Shah is likely to eat a meal or two with farmers. The treat for Shah started from Delhi itself mid-week, with Suvendu Adhikari resigning as Trinamool Congress MLA. Adhikari is likely to join BJP ahead of Shah’s visit and may join BJP rallies in the state along with Shah. For now, the BJP maintains Suvendu hasn’t approached them, nor have they approached him, but he will be welcomed if he does.

So, while Shah is planning his weekend, actor Arjun Rampal has planned how to begin the next week – by presenting himself at the Narcotics Control Bureau (NCB) office for questioning regarding the drug probe related to actor Sushant Singh Rajput’s death case. Rampal, who was asked to appear before NCB today, has sought time till Monday.

Pranab Mukherjee’s son Abhijit Mukherjee, meanwhile, has asked publishers of his father’s memoir to wait till he has cleared it. Sharmistha Mukherjee, Pranab’s daughter, has told him to not create unnecessary hurdles. 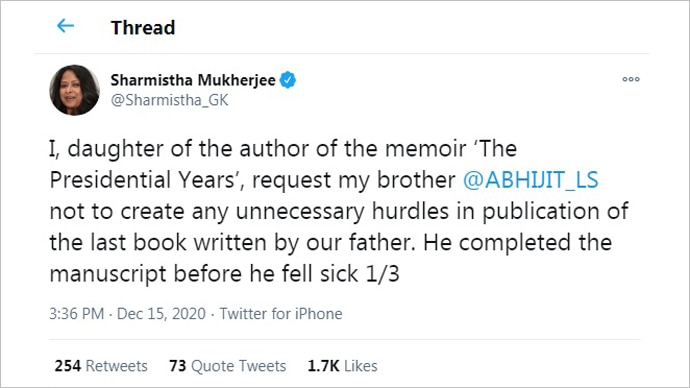 We told you Pranab wanted his daily diaries to be turned into a book after he is gone.

According to the few excerpts of the memoir The Presidential Years, Mukherjee wrote that the leadership of the Congress lost political focus after he became President in 2012. Pranab might have known the mess the publishing of the book would create so he decided it should be published after he is gone. We wonder if he also knew that the mess would start even before the memoir goes to print and that is why he made the daughter, and not the son, the custodian of the diaries. The mess is for the siblings to clear before Congress gets to clear its share. We will come to that mess when it has been created. For now, let us talk about memoir.

Memoir, the Word Of The Day, comes from French mémoire which means memory. Memoirs are about an author remembering, reminiscing, and reflecting on experiences from her life. When an author writes about her whole life and not just certain experiences, it becomes an autobiography.

Talking of memories, today happens to be Vijay Diwas, or Bijoy Dibosh, because on this day in 1971 India declared bijoy over Pakistan in the war to free Bangladesh. The war ended with the chief of the Pakistani forces, General Amir Abdullah Khan Niazi surrendering along with 93,000 troops to the allied forces of Indian Army and Mukti Bahini.

You can mark the day by watching 1971. The movie is a story about a group of Indian PoWs who decide to risk life when they learn about their strategic location.

But do you know what Indian soldiers brought back from the war as a souvenir? A Pakistani letterbox. Yes, the red-coloured tin letterbox was among the souvenirs that our soldiers got back. The letterbox is now placed at the Army Heritage Museum in Shimla. 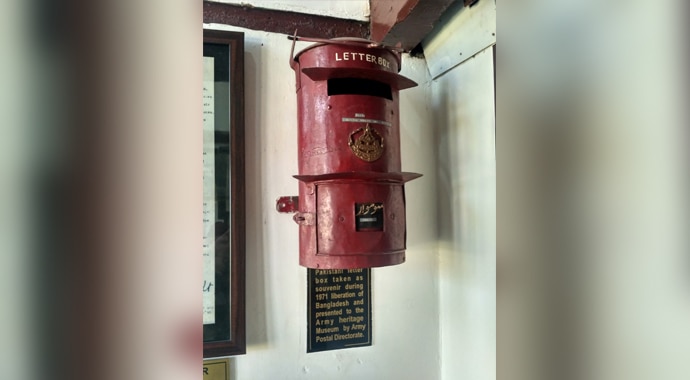 Why the soldiers brought a letterbox back is unknown. The best explanation we can offer is the heart wants what it wants.

The Congress legislative party chief Ajit Sharma in Bihar wants the liquor ban to be lifted. In a bid to get what he wants, Sharma has written a letter to CM Nitish Kumar asking for the same. Sharma has said while the state is making a revenue loss of Rs 4,000 to 5,000 crore annually, the liquor mafia is minting money. Kumar’s charge has found merit in the National Family Health Survey, which says dry Bihar drinks more alcohol than non-dry Maharashtra.

It is unlikely Kumar will lift the ban. What he could do instead is impose it more strictly. Moral of the story: The heart doesn’t always get what it wants.

From Bihar, let’s move to Kerala where the elections are due next year. But we are bringing up Kerala today because ahead of the state elections, the ruling Left Democratic Front has emerged victorious in the Kerala local body elections. The NDA has gained ground too. Local body polls are often seen as an indicator of how parties are faring ahead of assembly elections.

In West Bengal, where again elections are due next year, no election result was declared today but what continued was an exchange of barbs. A day after CM Mamata Banerjee said the BJP is ‘spending crores of rupees to bring in a party from Hyderabad to divide Muslim votes’, AIMIM’s Asaduddin Owaisi has said despite India’s sky-high population, the man who can buy Owaisi has not been born yet.

Loaded statement. We will leave you with that for today.