When Swami Vivekananda bridged the gap between 'Aryans' and 'Tamilians'

On his birthday, it is pertinent that we recall what Swami Vivekananda said and reflect on his message of unity of Indians despite the varied diversity of this land that he held sacred, and its people who he venerated.

Swami Vivekananda was an intellectual behemoth beyond compare, and his actions perhaps played a significant role in the awakening of India’s cultural ethos, to the point of inspiring an entire generation to strive for India’s independence. However, deep within his lectures and writings are buried gems of unity that Indians seem to have forgotten. On his birthday, it is pertinent that Indians of all hues recall what he said and reflect on his message of the unity of Indians despite the varied diversity of this land that he held sacred, and its people who he venerated.

Acknowledging the import of South India on Modern Hinduism

Swamiji, being a learned man, never shied away from giving due credit. He was categorical in acknowledging the contributions of the great Acharyas of the South on the Hindu faith. In a Bengali memoir written by Swamiji on his European travels, Swamiji had commented, somewhat in awe, as to how the South’s imprint could be found on everything that came up across the rest of India. In the words of Swamiji, “The Vaishnavas of the Chaitanya sect form merely a recension of the Madhva sect; the religious reformers of the North such as Kabir, Dadu, Nanak, and Ramsanehi are all an echo of Shankaracharya; there you find the disciples of Ramanuja occupying Ayodhya and other places.” 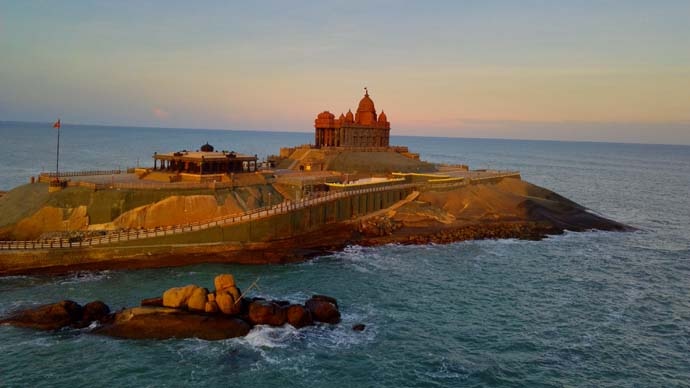 Vivekananda Rock Memorial in Kanyakumari, Tamil Nadu, built on the rock where Swami Vivekananda is said to have attained enlightenment. (Photo: Wikimedia Commons)

Recalling his observations in the same memoir of his experiences in Sri Lanka, Swamiji had remarked on the wondrous traditions preserved by the Tamil Hindus of Sri Lanka. Noting the influence of Tamil bhakti culture on Sri Chaitanya Mahaprabhu’s sankirtana, Swamiji had remarked, “The Tamil of Ceylon is pure Tamil and the religion of Ceylon is equally pure Tamil religion. That ecstatic chant of a hundred thousand men, and their singing of devotional hymns to Shiva, the noise of a thousand Mridangas (a kind of Indian drum) with the metallic sound of big cymbals, and the frenzied dance of these ash-covered, red-eyed athletic Tamilians with stout rosaries of Rudrâksha beads on their neck, looking just like the great devotee, Hanuman — you can form no idea of these unless you personally see the phenomenon.”

Swamiji’s firm belief in the Vedanta philosophy also stemmed from his deep reading and understanding of the massive writings of Adi Shankaracharya. That he saw the loss of Adi Shankaracharya’s morals in the people of South India is evident from a letter he wrote in 1896 to Nanjunda Rao about the design of the Advaita Ashrama’s journal Prabudhha Bharata. While remarking on the unnecessary detailing, Swamiji expressed a keen desire to ensure that the magazine would come out in other South Indian languages too. He wrote, “When you have succeeded in this paper, start vernacular ones on the same lines in Tamil, Telugu, Canarese, etc. We must reach the masses. The Madrasis are good, energetic, and all that, but the land of Shankarâchârya has lost the spirit of renunciation, it seems.”

That he was deeply aware of the rich volume of writings on Hindu scriptures and books was evident in his conversations with Alasinga Perumal, who was to him what perhaps Shri Hanuman was to Shri Ram. In a letter from London in 1896, Swamiji even expressed his desire to learn the Tamil alphabet so as to understand a detailed exposition on all the 108 Upanishads written in Tamil that he had chanced upon in Mysore once. “There was a book published in Mysore in Tamil characters, comprising all the one hundred and eight Upanishads; I saw it in Professor Deussen's library. Is there a reprint of the same in Devanâgari? If so, send me a copy. If not, send me the Tamil edition, and also write on a sheet the Tamil letters and compounds, and all juxtaposed with its Nagari equivalents, so that I may learn the Tamil letters.”

When Swamiji took the Aryan-invasion theory to task

In a piece written by Swamiji titled Aryans and Tamilians, Swamiji had taken to task the very foundation of the Aryan Invasion theory to task. It is interesting to note this, given how Swamiji had great respect for Max Mueller, the man who first proposed it based on his faulty interpretation of Vedic Sanskrit, and who Swamiji had also met in person. Calling the differential philological in nature, Swamiji had caustically written that there was nothing that could divide the so-called two races. In the words of Swamiji, “Whatever may be the import of the philological terms 'Aryan' and 'Tamilian', even taking for granted that both these grand sub-divisions of Indian humanity came from outside the Western frontier, the dividing line had been, from the most ancient times, one of language and not of blood. Not one of the epithets expressive of contempt for the ugly physical features of the Dasyus of the Vedas would apply to the great Tamilian race; in fact, if there be a toss for good looks between the Aryans and Tamilians, no sensible man would dare prognosticate the result." 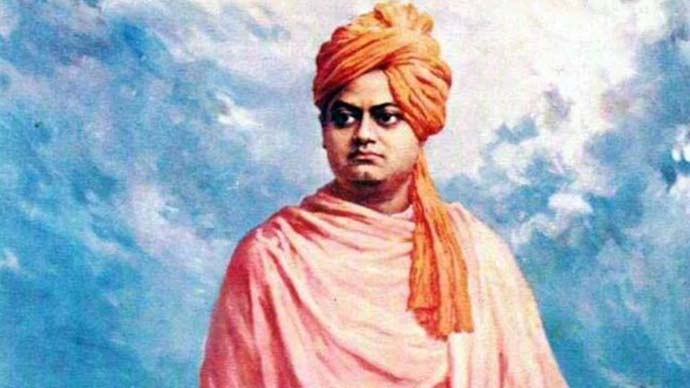 Swamiji went on to write that there was an urgent need for “brushing off of the cobwebs of the so-called Aryan theory and all its vicious corollaries”, especially for the South. Calling Tamilians “one of the great ancestors of the Aryan race,” Swamiji, keenly aware of the caste dynamics that were beginning to emerge around the time that eventually led to the vicious Periyarist Justice movement, was also keen to address the caste feud. He advised the Tamil people to go beyond their quarrels and work together for uplifting each other instead of creating a political blunder beyond repair. Though timely, it is unfortunate that this advice went rather unnoticed despite his deep following in the Madras Presidency.

Even earlier, in his famous Future of India lecture delivered upon his arrival from America to South India as a reply to the welcome accorded by the Raja of Ramnad, Swamiji was categorical in the rejection of this theory. Swamiji said, "Now I beg your pardon, Mr Philologist, this is entirely unfounded. The only proof of it is that there is a difference of language between the North and the South. I do not see any other difference. We are so many Northern men here, and I ask my European friends to pick out the Northern and Southern men from this assembly. Where is the difference? A little difference of language. But the Brahmins are a race that came here speaking the Sanskrit language! Well then, they took up the Dravidian language and forgot their Sanskrit. Why should not the other castes have done the same? Why should not all the other castes have come one after the other from Northern India, taken up the Dravidian language, and so forgotten their own? That is an argument working both ways. Do not believe in such silly things. There may have been a Dravidian people who vanished from here, and the few who remained lived in forests and other places. It is quite possible that the language may have been taken up, but all these are Aryans who came from the North. The whole of India is Aryan, nothing else.”

The importance accorded to the South and the purposes of deriving the threads of unity reflected strongly in Swamiji’s thought. In this day and age, when there are efforts to create artificial differences, Swami Vivekananda remains a strand that ties together the entirety of this nation with his sheer intellect and power of observation, and one can only hope that this inspires Indians to strive for unity in diversity.

#Ceylon, #Tamil, #Aryan invasion theory, #Swamivivekananda
The views and opinions expressed in this article are those of the authors and do not necessarily reflect the official policy or position of DailyO.in or the India Today Group. The writers are solely responsible for any claims arising out of the contents of this article.