Swara Bhaskar had objected to the glorification of jauhar in the film.

It seems everyone who touches Padmaavat is singed. The latest to face brickbats over the movie is actor Swara Bhaskar, for her open letter to Sanjay Leela Bhansali. Bhaskar had objected to the glorification of jauhar — mass suicide through self-immolation — in the film, saying that by the end of it, she felt reduced to nothing but her vagina, as the movie seemed to imply that a woman should rather die than be sexually assaulted. Bhaskar wrote: “Surely, you agree that notwithstanding whatever archaic idea of honour, sacrifice, purity propels women and men to participate in and condone such practices; that basically Sati and Jauhar, like the practice of Female Genital Mutilation (FGM) and Honour Killings, are steeped in deeply patriarchal, misogynist and problematic ideas.”

She added: “A mentality that believes that the worth of women lies in their vaginas, that female lives are worthless if the women are no longer controlled by male owners or if their bodies have been ‘desecrated’ by the touch of ; or even the gaze of a male who doesn’t by social sanction ‘own’ or ‘control’ the female.”

There could, of course, be multiple responses to this. One can argue that all Bhansali was doing was telling a fictional story, and would have to keep to the original tale. Another argument is that jauhar was a conscious choice, women themselves preferred death to “dishonour” and were not forced into it by men. Also, that these women lived centuries ago, and it is unfair to judge them by notions of feminism and free will prevalent today.

However, a lot of the criticism raining on Bhaskar is centred around her use of the word “vagina”, with people making clever remarks such as “feminists think from their vaginas and not their brains”, it is “fashionable to say words like vagina to feel like a rebel”, and that the vagina, with its great reproductive powers, puts women firmly above the level of men.

Of course, the very fact that the word “vagina” was sensational/ subversive/offensive/radical enough to drown out the rest of the arguments Bhaskar was making helps illustrate her point of the misogyny and patriarchy rampant in society.

In the 21st century, a woman mentioning her own genitals is a wannabe rebel, an attention seeker, a creator of unnecessary controversies. Of course, in the din, Bhaskar’s arguments about the depiction of jauhar and the line between creative freedom and responsible storytelling were happily jettisoned, with the discourse turning to “good” feminism versus "bad", "disruptive" feminism.

Bhaskar’s letter makes two very important points – that though Bhansali would have had to show jauhar onscreen because it was part of his story, could he have shown it in a manner that did not eulogise it, and that for a filmmaker making a historical film, is the context the time when the story was written, or the time when he is presenting it to the world. 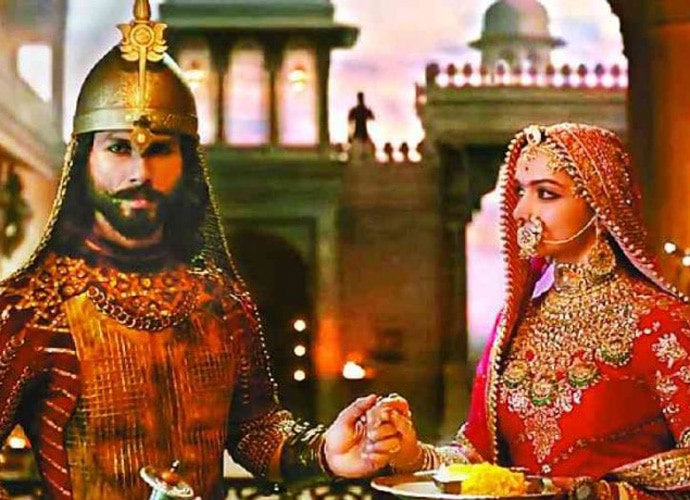 She writes: “There were more than three instances of the ‘good’ characters of your story speaking of Sati/Jauhar as the honourable choice, your female protagonist – epitome of both beauty, brains and virtue sought permission from her husband to commit Jauhar, because she could not even die without his permission; soon after she delivered a long speech about the war between Satya and Asatya, Dharm and Adharm and presented collective Sati to be the path of Truth and Dharm”.

In another place, she says: “No Sir; Rajasthan in the 13th century with its cruel practices is merely the historical setting of the ballad you have adapted into the film Padmaavat. The context of your film is India in the 21st century; where five years ago, a girl was gang-raped brutally in the country’s capital inside a moving bus.”

A debate around these subjects is important – as a director, should you choose historical accuracy or social responsibility? In many respects, India today is not too different from 13th century Rajasthan, where a woman’s honour and sexual “purity” are often the same thing.

The trauma of a raped woman does not end with actual assault, she then has to live the rest of her life as someone who has lost her “honour”. Women don’t report rapes, or worse, kill themselves, to escape being a perennial source of shame to their families.

However, after centuries of struggle, things are changing. Women are speaking out against the notion of losing their “honour” after rape, of one assault defining the rest of their lives. In such a time, a movie – a skillfully made, mesmerising movie – giving the message that there is glory in choosing death over sexual violation has the potential to push back the movement seeking dignity for rape survivors.

Cinema is a powerful medium, even more so in the hands of a skilled director like Bhansali. Could he have been more responsible in showing the climax of his movie – avoid touches like a little girl and a pregnant woman walking into the pyre, and instead of turning mass suicide into a breathtaking, hauntingly beautiful visual, shown it for what it was, hundreds of women killing themselves because the society really refused them choice?

In a country like India, with shameful rape statistics, women fighting patriarchy at every level, is such historical verisimilitude responsible? Is asking Bhansali, or any filmmaker, to make movies in a certain way infringing upon creative freedom?

A debate around such subjects is necessary, and welcome. Bhaskar’s letter could have been a good starting point. But sadly, that is not to be. Once again, a woman’s opinion has been reduced to a “vagina”.