What tourism does Adityanath expect when foreigners get beaten in UP?

A Swiss couple on a tour of India has seen one of the ugliest sides this country is capable of offering foreign travellers.

Beaten and bruised, 24-year-old Quentin Jeremy Clerc is now in hospital with a fractured skull and a clot in the brain. His girlfriend, Marie Droz, too is recuperating from injuries received in Uttar Pradesh's Fatehpur Sikri.

The irony of the fact that the incident has come to light on a day chief minister Yogi Adityanath was touring Agra, less than 40km from Fatehpur Sikri, to promote tourism is hard to miss.

Clerc has told investigators that he, along with Droz, arrived in Agra on September 30 from Lausanne in Switzerland. After visiting the Taj, they were in the historic Fatehpur Sikri town on October 22 when they were attacked. Four young men reportedly followed them for an hour, shouted comments and tried to engage them in a conversation. Eventually, they grew bolder, blocked their way and forcibly took selfies with Droz. 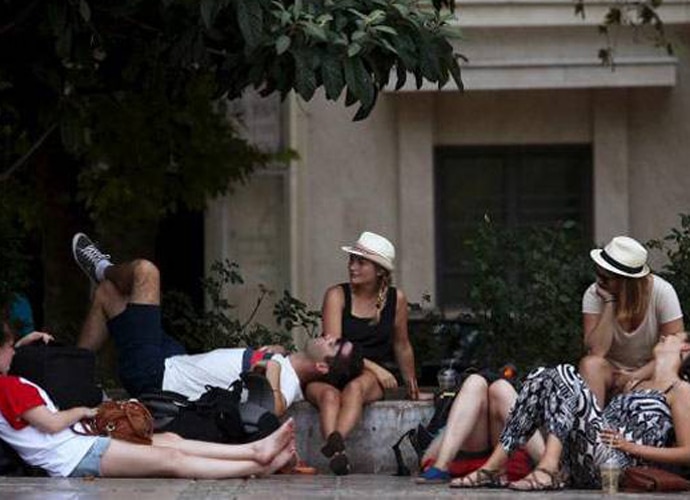 Clerc told the police that he was hit repeatedly with a stick until he fell to the ground. Droz was also attacked so brutally that she suffered a fracture in the arm. As the horror continued, bystanders allegedly made videos of the couple on their mobile phones as they lay on the ground.

The brutality of the incident has woken up everyone into action. Police say some of the attackers have been identified, one person has been arrested and more will follow soon.

Foreign minister Sushma Swaraj and tourism minister KJ Alphons have written to Adityanath on the brutal assault. Swaraj has sought a report from the state government while Union culture minister Mahesh Sharma has expressed concern that such incidents damage India's image as a tourist destination. While the authorities find the exact fault lines, we as Indians must ask ourselves a few questions.

I have just seen this. I have asked for a report from the State Government. / 1  https://t.co/NbJk4BF5iS via @TOICitiesNews

What fuels this depravity towards tourists who come here only to see the beauty this country has to offer and soak in its rich cultural heritage? What do we want the country to become?

India, with its mesmerisingly beautiful Himalayas, beaches running into thousands of kilometres, monuments of historical importance that withstood the cruelty of invaders and ravages of the floods and quakes, should have been on top of the world tourism map. But it is no surprise that the country ranks a dismal number 40 in the Travel and Tourism Competitiveness Index 2017 Ranking. The country has for sure risen 12 notches since 2015 in the index, but that we rank behind Singapore, Malaysia, UAE and many others is a reflection of how inefficient we have been in harnessing our tourism potential.

Tourism is important because it is a huge source of revenue. According to a report of the World Travel and Tourism Council, India's travel and tourism sector ranks seventh in the world in terms of its total contribution to the country's GDP. According to the report, the travel and tourism sector generated Rs 14.1 trillion ($208.9 billion) in 2016, which is equivalent to 9.6 per cent of India's GDP. But revenue is not the only contribution tourism makes to India, it also helps build a country's soft power. When people cross borders to see each others' countries they also meet each other and that helps build bridges. In India, we are ensuring we create distances when people meet us. The impression such incidents create about us as a people is hard to fathom.

The more worrying problem is that harassing tourists has become a routine affair for us. Recently, reports of rape of an American woman shamed Delhi. A group of Malaysian tourists were harassed at Alarnath temple, about 25 km from Puri in Odisha. Cheating touts have harassed foreign tourists for long in Rajasthan. It is shocking people still decide to visit India.

Harassing foreign tourists in the garb of taking selfies is pathetic. To beat them up for denying permission is morbid. To not care about what it does to your country's image is criminal. There is no quick fix solution to this. The exercise can perhaps start with a diagnosis of the problem, advocacy and campaigns can build upon the results of the findings.

The attack on the Swiss couple and the harassment of the countless other foreigners who come to see India is a statement on us. When Clerc and Droz travel to another country, they will carry this impression with them and share it with people they meet. It is shameful to imagine what they will have to say about us Indians.