VHP men striking at the monument's gate with hammers and iron rods could lead to a repeat of Babri demolition.

With hammers and iron rods in their hands, a group of men from the Vishwa Hindu Parishad (VHP) vandalised the western gate of the Taj Mahal. The thugs succeeded in removing the turnstile gate installed by the Archaeological Survey of India (ASI), a government of India organisation.

But this is more than vandalism on a structure. Each blow that landed on the gates of the Taj Mahal also hurt the spirit of India, its composite culture, its spirit of syncretism, its very idea of existence as a country that accommodates and celebrates its diversity.

The hoodlums claim that the gate installed at the western entrance to the monument blocked the path to a 400-year-old temple named the Siddheshwar Mahadev mandir, located about 350m away. The ASI, on its part, has clarified that an alternative path had been opened for the temple visitors, but the VHP men were insistent on breaking the gate and not taking the alternative route.

The refusal to settle for an alternative route is proof that there was a deliberate attempt to escalate the issue.

Just a couple of days back, Uttar Pradesh BJP MLA Surendra Singh had said the Taj Mahal should not be destroyed but renamed 'Raj Mahal' because resources from India were used to construct it. The statement underlined the fact that the right wing fails to see the Taj Mahal as a product of India's composite culture and is making its intention of bringing down the monument unabashedly clear.

BJP MLA from Ballia, Surendra Singh makes another controversial statement. Says, 'Taj Mahal must be renamed as Ram Mahal or Krishna Mahal'. Rakesh Tripathi of BJP speaks to MIRROR NOW about it. pic.twitter.com/GFfZNy6581

That an elected member of the UP legislative Assembly could say something as heinous as this and get away is reason why some men then showed the shameful 'courage' to strike blow after blow upon the Taj Mahal.

The monument has for long been an eyesore for many who form the right wing in this country. Statement after statement against the Taj Mahal has brought India to a point where the world-renowned monument faces an existential threat.

Are we playing up the fear?

On December 6, 1992, hundreds of Kar Sevaks demolished the 16-century Babri mosque, even as the country watched in absolute horror. The episode was preceded by rabble-rousing speeches against the mosque.

In the name of alleged historical wrongs and sentiments attached to Ram Lalla, the Babri mosque was brought down, violating not just law and order but the very idea of a democratic, modern, pluralistic society.

The pictures of Kar Sevaks, standing atop the mosque, with trishuls in hands, chants of "Ek dhakka aur do, Babri Masjid tod do," continue to haunt us to this day, almost 26 years later. 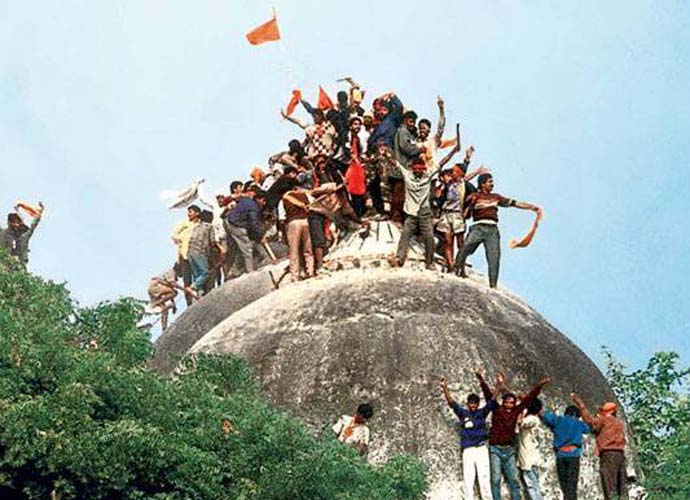 This still haunts India: The Babri mosque was brought down, violating law, order and the very idea of a democratic, pluralistic society. (Source: India Today)

The Taj Mahal may now be facing a similar threat.

The monument, with all its beauty, grandeur, historical significance and cultural importance, has flummoxed the right wing, throwing it into complete disarray over how to adjust to the existence of this marvellous piece of architecture commissioned by a Mughal emperor.

Not too far back, BJP MLA Sangeet Som said the Taj Mahal is a blot on Indian culture because it was built by a king who imprisoned his own father.

Uttar Pradesh chief minister Yogi Adityanath has himself said the Taj Mahal doesn't reflect Indian culture. It doesn't matter that he back-tracked the statement following nationwide condemnation because by then, Adityanath had made it clear that he was out to use the Taj Mahal as a tool for polarisation by building a "us" versus "them" narrative. 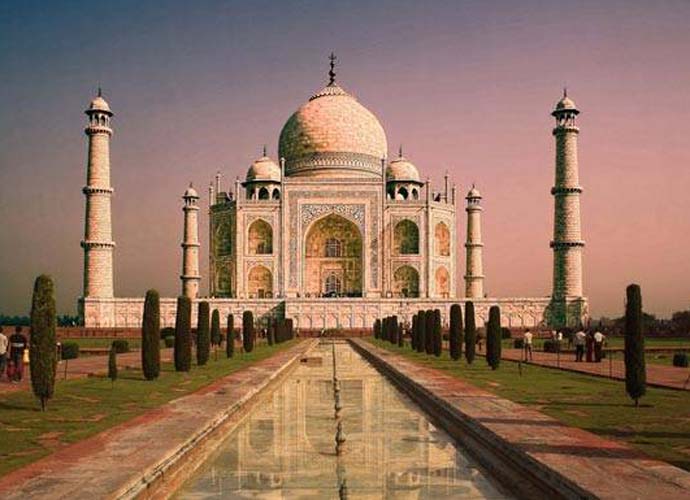 Nothing could be more symbolic of India's glorious shared cultural past than the Taj Mahal. (Source: India Today)

The men who damaged the Taj Mahal's gate have reportedly been booked under the Criminal Law Amendment Act and Prevention of Damage to Public Property Act. But their reported crime is far graver.

They have tarnished the image of the country that loves its Taj Mahal.

From north to south, from east to west, India's local tourists have the Taj Mahal on the top of their "to visit" list. And that's no favour to anyone, for that is who we are as a people.

Nothing could be more symbolic of India's shared — and glorious — cultural past than the Taj Mahal.

That a 400-year-old Shiva temple has existed next to the Taj Mahal is India as it exists, a fact that the VHP may find hard to digest.

But the episode has brought to the fore the urgent need to save the Taj Mahal from physical and verbal assault.

The VHP is not an elected organisation — but leaders in power must unequivocally condemn this assault and ensure that an example is set by punishing those who struck at the Taj Mahal.

#Attack on taj mahal, #Sangeet Som, #VHP, #Taj Mahal controversy
The views and opinions expressed in this article are those of the authors and do not necessarily reflect the official policy or position of DailyO.in or the India Today Group. The writers are solely responsible for any claims arising out of the contents of this article.