When the Taj Mahal Hotel celebrated its 40th birthday on Thursday evening (it opened its doors on October 11, 1978), I was struck by how it got a 33-year extension from the NDMC after a protracted legal battle. The majestic hotel, which is one of Delhi’s modern landmarks, was in fact born out of a lawsuit.

The plot of land we now know as No 1, Mansingh Road, was declared an "evacuee property" after Partition (its original owners had moved to Pakistan) and its ownership passed into the hands of the then director of estates, ministry of works and housing. The land was leased to JED Fonseca, who converted the old Lutyens’ villa into a popular 23-room hotel, Fonseca’s, at the centre of a sprawling garden.

The lease ran out in 1968, but Fonseca continued to run his hotel until his death in 1970. He transferred his interest to Anand Kumar Jauhar, the then owner of The Savoy, Mussoorie, and his company, Spences Hotel.

The IHCL, a Tata Sons subsidiary entered the scene in 1975 and agreed to buy out Jauhar and his hotel company for Rs 25 lakh. It paid an advance of Rs 11.5 lakh, but around the same time, the government transferred the property to what was then known as the New Delhi Municipal Corporation (NDMC), Fonseca’s shut down and the civic body leased the land to IHCL for 30 years, and IHCL found itself embroiled in a case filed by Jauhar in the Bombay High Court. 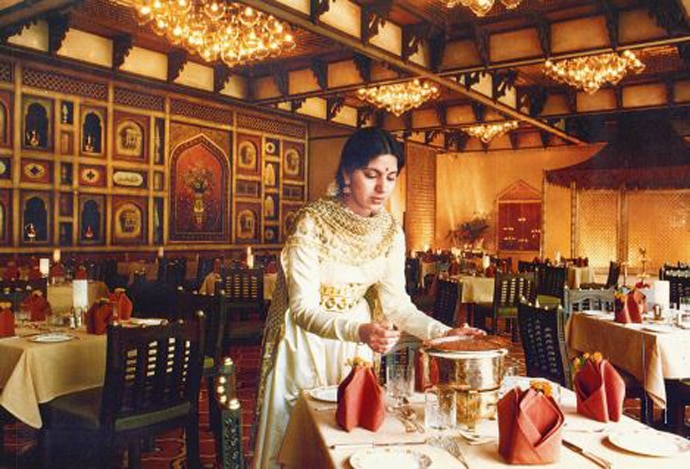 Delhi’s Taj continues to be famous for more pleasant reasons. One of them is the bas-relief mural painted on one side of what was to become the Haveli restaurant by the renowned Anjolie Ela Menon when the hotel was coming up in 1978. Menon still can’t forget how the Lucknowi masters hired for the restaurant fled when they saw the modern kitchen — and were told they could not work on chulhas! — and then were asked to write down their recipes. Haveli’s opening got delayed as a result.

Former general manager Ronnie Lobo, who was once synonymous with the hotel, was the one I was missing the most at the birthday party. He used to regale us with stories about the Taj. He recalled how he ran into Mick Jagger, who had come unannounced to watch an India-Pakistan Test, at the elevator, and then discovered that The Rolling Stones lead singer, who had checked in under an assumed name, had been assigned an ordinary room.

Lobo’s big moment came when he pinched David Lean from the Maurya — and the director went on to write A Passage to India, his last film based on EM Foster’s novel, in the two years he spent there.

Many more memories are bound to be created in the 33 years that the hotel will continue to be with the Tatas.