Taj is Taj. Stop romanticising Mughal emperors or Hindu kings. Neither cared for you

I am glad that Sangeet Som has spoken and met everybody's expectations. It has brought the creatures out of the woodwork, those who have been dining on the roots of what we have grown used to calling Indian culture, syncretic, mixed and diverse. It is always good to reassess where our leaders stand. Sangeet Som is not a leader. He is a politician of a kind. Division has been his business since politics forced him to distance from packaging meat.

There is Azam Khan and Asaduddin Owaisi trying to balance him out. Yogi Adityanath has already snubbed Som because Taj is Taj, UP chief ministers come and go. Some have chosen silence that speaks loud, some others spoke reaffirming our belief in the old adage: silence is golden. I take their shenanigans with a generous helping of salt. Not that anything can make these utterly foolish and dangerous statements palatable.

What I do find thoroughly entertaining is the delusional Hindus and Muslims, whose numbers have grown exponentially, who invent histories of their own to feel good. Yes, Taj Mahal was built by a Mughal, possibly on the dead bodies of many hapless artisans and labourers who toiled for the maniacal monarch whose wife’s body wasn't destined to be buried there. It turned out marvellous. 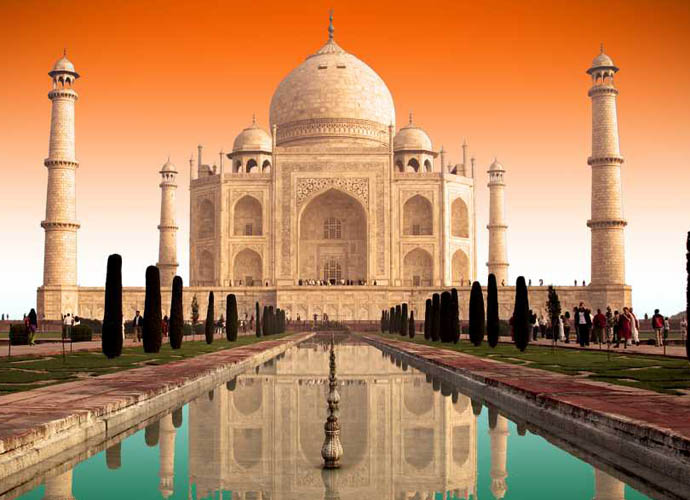 Unless somebody in your direct bloodline was one of those rulers, go ahead and romanticise their rule and wish those good times came back.

When you look from the point of view of the enslaved, it is a blot as Som says. A tear drop on the cheek of time in more ways than one. Then so are the Hindu forts and palaces from medieval and ancient India. Followed by the British buildings. They were ordered to be built by the rulers and were built by the ruled. That's how it worked.

So dear Hindus romanticising Hindu kings before the marauding Muslim hordes came, do remember that they were not your friends unless you are a descendent of the ruling families. Also, the Muslims who think the Muslim or later Mughal rule is something that was golden. It was golden only for the rulers. Yes, the ordinary Muslim was as miserable as the ordinary Hindu. Hassan Nisar puts it the best when he says Muslims never ruled India. A bunch of Muslim royals did. As did Hindu kings long before them. They were ruthless, only the degree varied. People loved them and they returned the love, but it wasn’t love, actually. It was a relationship between the ruler and the ruled. Fear was a one-way street.

The royals married royals, lived in palaces, secured by forts and moats that kept the commoners away. Democracy has given them voice and vote. The British built Gateway and India Gate, Rashtrapati Bhavan (then Viceregal Palace) and so many other places of note and they didn't need your permission, just like the kings and queens of medieval era and yore.

So, unless somebody in your direct bloodline was one of those rulers, go ahead and romanticise their rule and wish those good times came back. Everybody else, this is the best time your family has seen. If Shah Jahan was around, he would or wouldn't touch Asaduddin Owaisi, but a bargepole will be involved in either case.

The kings before him wouldn’t have time for Sangeet Som’s non-musical performances. One thing is certain, they would definitely order these two to roll up their religions and place them where religion belongs.