S Thirumurugan, a 19-year-old youth from Srivilliputhur in Tamil Nadu was arrested on October 30 for allegedly making abusive comments about Prime Minister Narendra Modi. Offensive as they were, here’s the catch. The comments were made in a private Facebook conversation. Thirumurugan has been sent to a jail in Melur for adolescent offenders.

According to The Indian Express, Thirumurugan was arrested after K Marimuthu, a BJP district secretary, lodged a complaint against the teenager based on a private conversation they had on Facebook – a photograph of the conversation was filed as a complaint.

Marimuthu, who was Thirumurugan’s friend on the social media website, had sent Thirumurugan a meme on Facebook Messenger about Mersal, a movie that revolves around corrupt doctors in India – and has certain scenes and dialogues which are sharply critical of the GST regime and PM Modi’s digital India campaign. 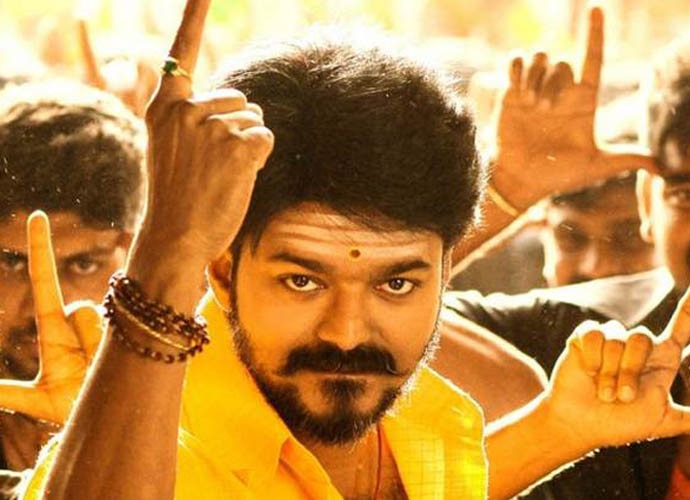 The movie has a sequence in which actor Vijay says that with 7 per cent GST, Singapore has been able to provide free medical care at a time India has imposed 28 per cent GST. In addition, there are a few more scenes where actor Vadivelu opens his purse to show he has no money left because of digital India. Mersal has met with stiff opposition from Bharatiya Janta Party (BJP) for these harmless gaffes.

Thirumurugan, a Vijay fan, admitted to making objectionable comments about the prime minister in the private chat.

“Both were Facebook friends. When Marimuthu sent Thirumurugan a meme on Facebook Messenger criticising Vijay’s controversial dialogues in the movie Mersal, Thirumurugan used filthy language in his reply referring to the PM. The conversation in English was photographed by Marimuthu and filed as a complaint,” said Virudhunagar SP M Rajarajan.

“He has been booked under charges including Section 67 of the IT Act, 2000 and Section 505 (public mischief) of CrPC,” Rajarajan added.

What are these acts that Thirumurugan has been booked under?

According to Section 505 (public mischief) of Code of Criminal Procedure: “Whoever makes, publishes or circulates any statement, rumour or report,—(a) with intent to cause, or which is likely to cause, any officer, soldier, 3[sailor or airman] in the Army, 4[Navy or Air Force] 5[of India] to mutiny or otherwise disregard or fail in his duty as such; or (b) with intent to cause, or which is likely to cause, fear or alarm to the public, or to any section of the public whereby any person may be induced to commit an offence against the State or against the public tranquillity; or (c) with intent to incite, or which is likely to incite, any class or community of persons to commit any offence against any other class or community, shall be punished with imprisonment which may extend to 6[three years], or with fine, or with both.”

“7(2) Statements creating or promoting enmity, hatred or ill-will between classes.— Whoever makes, publishes or circulates any statement or report containing rumour or alarming news with intent to create or promote, or which is likely to create or promote, on grounds of religion, race, place of birth, residence, language, caste or community or any other ground whatsoever, feelings of enmity, hatred or ill-will between different reli­gious, racial, language or regional groups or castes or communi­ties, shall be punished with imprisonment which may extend to three years, or with fine, or with both.”

Cases like Thirumurugan's are part of a disturbing trend. Despite that fact that the teenager used allegedly “filthy” language against the prime minister, making an arrest — while it is legal — is ethically problematic. Only last month, Zakir Ali Tyagi, an 18-year-old youth, was jailed in Uttar Pradesh for 42 days because of a few “galat” Facebook posts. Tyagi was arrested for a “Facebook wisecrack” on the Uttarakhand High Court ruling that made river Ganga a “living person’s entity” as well as sharing a few posts from the Urdu press questioning UP chief minister Yogi Adityanath’s saffron politics.

Let's see this through the legal lens. Shreya Singhal, a Supreme Court advocate whose petition led to the Supreme Court striking down Section 66A of the IT Act, 2000, wrote in her DailyO column about how in the two years following the judgment, the current government, which has a “particularly tumultuous relationship with free speech”, is planning to re-introducing a Section 66A 2.0 — a stronger, more restrictive version.

She added that this “innocuous amendment for hate speech” will result in greater restrictions on free speech, particularly dissent and advocacy, and that the government is “subserving its own interests by silencing its critics” and not serving the social interests of its own people.

What BJP members and supporters fail to understand is this is a trend that will end up haunting them.

On Monday, as Thirumurugan was being arrested for his “filthy” remarks, Uttar Pradesh Navnirman Sena chairperson Amit Jani, a Hindu hardliner, was arrested from Lucknow after he shared a computer-generated picture of the Taj Mahal with seven saffron flags at its pinnacle and atop its minarets in a WhatsApp group.

There's a tightrope to tread where law, technology and freedom of expression are so inextricably tied together at a time when few understand the implications of each of these aspects.

Flimsy arrests - such as this one, of the youth over "filthy" comments on the PM will prove a slippery slope, in addition to being an assault on the fundamental rights to life, liberty, mobility and speech of every Indian citizen.

Also read: When all else fails, Yogi Adityanath pushes the Hindutva button