DailyOh! Mamata Banerjee’s open dare from Nandigram, to the tandav over Tandav

The West Bengal Chief Minister has decided to contest the assembly elections from Suvendu Adhikari’s fiefdom.

You can’t make a vaccine at home. If you find this information absurd, we have some more information to share with you that has won the absurdity contest over the weekend and start of the week. The vaccine was launched on January 16 and guess what Indians were googling — How to make vaccine at home? This question was one of the top trending searches on the internet in India, both on Sunday and Monday morning. The same question was being searched on Google in July 2020. A lot of people will tell you ‘dhundne se bhagwan bhi mil jata hai’ but even they won’t confirm if they found God during their searches. What we can confirm is vaccines are made under scientific supervision and you shouldn’t try making or injecting them at home.

Should the farmers try taking out a tractor rally in Delhi on Republic Day? The Supreme Court has left the question to Delhi Police, which had asked the court to issue directions to the farmers on the matter. The SC has instead said law and order is a police matter. What Supreme Court wants to decide on and what it chooses to pass on differs from matter to matter. On the matter of farmers entering Delhi on January 26 on tractors, the SC has said, “We cannot interfere.”

Farmers have said they will not interfere with the Republic Day parade because their rally would be limited to Outer Ring Road of Delhi. The farmers' rally would be a parade of sorts because the rally will have “tableaus and floats that will reflect the agricultural reality of different states in addition to showcasing historical regional and other movements”. You can see the tableaus if the rally is allowed. If the rally is stopped, you may see some chaos. The farmers have announced a tractor rally in Delhi on Republic Day. (Photo: PTI)

We will not know how the day will unfold till the day arrives and begins to unfold. What we can know today is where the word 'rally' comes from. Rally, the Word Of The Day, comes from French word rallier. Rallier draws from re, which means again, and allier, which means to ally. Rally effectively means to bring together. Not all coming together constitutes a rally. The cause is important. So when people come together for a common cause or political party, it is a rally. Mamata Banerjee addressed a rally in Nandigram today. We will come back to that rally in a bit.

First, let’s get done with the word rally. In tennis, a rally is a series of hits of the ball before a point is scored. The longer the rally, the more fun the spectators enjoy.

From tennis to cricket. India is playing Australia in Australia and rain halted the game after Australia set a target of 328 for India to win. So there is just one day left and those many runs to score. Scoring 328 in Test cricket in one day is not easy, so India may aim for a draw. Also, who likes to watch an easy match anyway?

Fighting the tough fight, Mamata Banerjee today entered 'enemy territory' of Nandigram. Nandigram was friendly territory till not so long ago. Suvendu Adhikari, MLA from Nandigram has switched over to BJP and Mamata announced today that she will be contesting from Nandigram. Where is Suvendu? In Mamata’s territory of South Kolkata, where he participated in a rally marked by stone-pelting and vandalism. Yes, you can't be talking about West Bengal elections without talking about violence.

This contest is getting interesting and heated by the day. The controversy around Tandav, meanwhile, is one the boil two days after its release. An FIR has been filed against the makers of the web series over creating religious tension, portraying Hindu Gods in a bad light and using casteist scenes and dialogues. Makers is a generic term. To be specific, the FIR names director Ali Abbas Zafar and writer Gaurav Solanki, Amazon Prime's India head of original content Aparna Purohit and Tandav’s producer Himanshu Mehra.

BJP MLA Nand Kishor Gurjar has also demanded that the National Security Act be imposed on Ali Abbas Zafar, Saif Ali Khan and Mohammed Zeeshan Ayyub. Now, much before the season released, writer Gaurav Solanki decided to not write the second part of the series, which has undergone several name changes. The first title was Tandav, which was changed to Dilli and then again became Tandav.

But what was Solanki’s grouse? So, Solanki, who shot to fame with Article 15, said that he was not called on the sets and made part of the web series making process. So, technically he shouldn’t be clubbed with the makers of series. Solanki had said that this was new for him because he had been involved with the shooting of all stories he wrote for. The writer still maintained that it wasn’t the reason for him to say no to writing the second part of Tandav, which was then named Dilli. The reason was that he was writing another script. 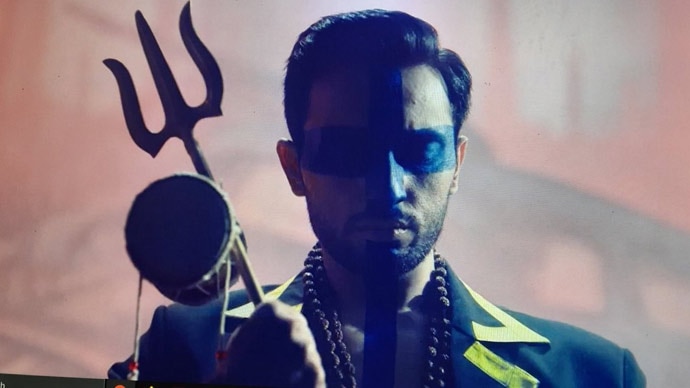 Many are demanding a ban on Tandav on the ground that it is hurtful to religious sentiments.

Talking of writing, have you seen Tribhanga yet? You must. The story revolves around the lives of three women across three generations — naani, ma and beti. It’s the naani, who plays the writer and the story revolves around a book being written around naani’s life. We won’t say more, lest we be accused of letting out the whole story.

AIIMS director Dr Randeep Guleria says the long and short of the story since Saturday is that he is fine. In case you missed it, Guleria took the vaccine shot on Saturday. Dr Devi Shetty, India’s top cardiac surgeon, has said he feels great after taking the vaccine. Now, the vaccine may not make you feel great if you weren’t already feeling great. It may or may not have some side-effects like headache, fever and skin rashes.

Congress, meanwhile, is asking why hasn’t Prime Minister Narendra Modi taken it yet? The BJP has said nothing about if (and when) Modi will take the jab.

The Dhannipur mosque project, however, will formally begin on January 26. You see, informally the work on any project begins with the idea itself. The mosque is being built after the Supreme Court order in the Ayodhya land dispute case, under which 5 acres were allotted for a masjid construction. And before you ask why build mandir and masjid and why not hospitals and schools? The Dhannipur mosque project will have a hospital, a library, a cultural centre and, of course, the mosque. Blueprint of the mosque whose foundation will be laid on Republic Day. (Photo: Indo-Islamic Cultural Foundation)

You may find God in the mandir, masjid, but you can’t make the vaccine at home. If you are in a hurry to get the vaccine, grab your mask. Treat it as your vaccine till you get the jab.

Also read: How depression affected my perception of love

#Nandigram, #Mamata Banerjee, #Amazon prime, #Tandav
The views and opinions expressed in this article are those of the authors and do not necessarily reflect the official policy or position of DailyO.in or the India Today Group. The writers are solely responsible for any claims arising out of the contents of this article.