Bollywood is still in two minds to call out casting couch.

An eight-year-old video clip of actor Dimple Kapadia being visibly at a loss for words while sharing her experience of working with Nana Patekar is being shared and re-shared on the Internet now. The present context is actor Tanushree Dutta accusing Nana Patekar of sexual abuse. The Internet is abuzz with comments about how the video proves that Nana Patekar’s behaviour with his co-actors has always been an open secret in the industry.

What they are not discussing is how such quirks have always been glorified under the garb of 'talent'.

The video going viral can be a case in point.

Nana Patekar and Dimple acted in a number of films — Prahaar, the Final Attack (1991), Angaar (1992), Krantiveer (1994), etc. After a gap of 16 years, the duo was seen together in Tum Milo Toh Sahi (2010). On the occasion of this coming back together after a long time, Dimple was interviewed and asked very specific questions about Nana Patekar — whether he has mellowed out or he is more stuck in his ways (which actually proves everyone associated with the industry was/is aware of Nana Patekar’s ways of work).

Then came the reply that Nana Patekar is 'obnoxious', but both in good and bad ways (we don’t know how one can be obnoxious in a 'good' way though). Dimple stuttered and then said what a powerhouse of an actor Nana Patekar is.

There's a lot of awkwardness in both the question and the answer — with a number of unconnected dots.

“When I see talent like him, sau khoon bhi maaf hai. Sab kuch maaf hai. Meri jaan bhi lelo. That’s the effect he has on me,” she said, adding that Nana Patekar has been very kind to her. Yet she was aware of his “terrible dark side”.

But we all have dark sides. Don’t we? “Which is nicely and safely kept aside,” said Dimple.

The two-and-a-half-minute video reveals how the industry chooses to gloss over things on the pretext of talent; how a difficult-to-work-with ‘star’ will be known as a ‘perfectionist’; how all tantrums will become “lessons” for co-workers.

Why would you even say something like “sau khoon bhi maaf hain”, even if figuratively, to redeem a sexual offender?

We guess it was not a “proper time” to call out sexual offenders, who are oh-so-talented, in the entertainment industry.

Is it yet time to stop forgiving everything abusive that comes free with a 'very talented' package? No, probably not yet — going by the reactions of politically correct Bollywood.

For example, Bollywood is clearly still in two minds to call out the casting couch. Why Tanushree left Bollywood has rarely been discussed in the past decade, though we saw several of her transformation photos. (Photo: India Today)

In Tanushree Dutta’s case too, there are such divisions:

And it’s unfortunate for Bollywood that people falling in the second and third category are outnumbering people in the first catergory, even in 2018.

Nana Patekar, on the other hand, is shooting and has reportedly sent a legal notice to Tanushree, demanding an apology.

The Tanushree Dutta episode, which took place in 2008, was not a secret. Tanushree rose to fame quicky after her beauty pageant victory, but quit her Bollywood character soon. 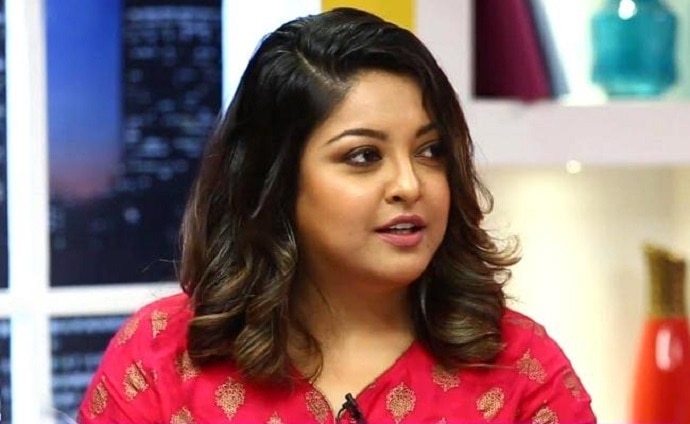 10 years to get heard: Screenshot of Tanushree's recent interview, which could not be suppressed

But the incident — how she was reportedly humiliated on the sets of Horn Ok Please, how her car was attacked — was there in full public knowledge, before she took a break from the industry.

She took a break after Horn Ok Please, came back, but then again moved on. Remarkably, she never maintained much secrecy about her life. We all know that she embarked upon a spiritual journey, tonsured her head, came back and talked about her disenchantment with the religious path. But why she left her promising Bollywood career was never actually discussed, before she raked up those memories in a recent interview.

So finally, it took ten long years to register that an actor was apparently sexually harassed on the shooting floor by a gang of powerful, no doubt, 'talented' people.

How many years will it take to purge the industry of such 'talents'?