How safe is the ‘Me’ after saying #MeToo in India?

If a public personality like Tanushree Dutta is shamed and questioned for speaking out, what message are we sending to other women?

Tanushree Dutta talking about Nana Patekar sexually harassing her in 2008 opened the floodgates of the MeToo movement in India.

Dutta in September spoke about the 2008 incident, accusing Nana Patekar of harassing her sexually and subjecting her to torture by involving a political party in the entire row. 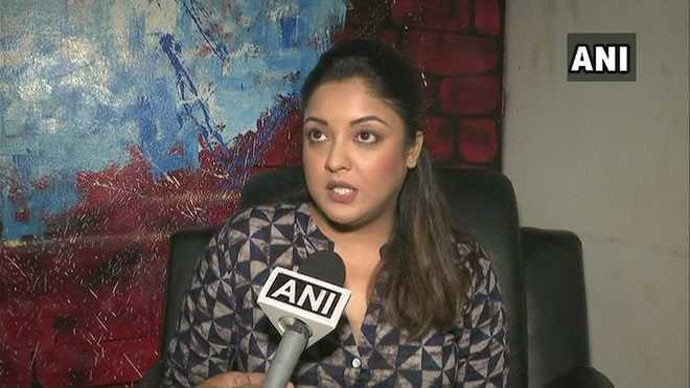 We should be applauding Tanushree Dutta's courage. (Photo: ANI)

Yet, the first comment many hurled at the story of Dutta’s extremely unfortunate and shameful experience was: “Why is she speaking about it 10 years later?”

The fact that a woman’s courage is neither appreciated nor encouraged, but is in fact questioned, speaks a lot about us as a society.

It only shows that we are far from accepting the actual place we have for women even today. And this place won’t change unless we change our mindset.

If we can question and shame a well-known personality like Tanushree Dutta, how will women hailing from the general population get the courage to stand up against their abusers? How exactly are we ensuring that a woman feels safe enough to leave her house and fight violence through legal means, which is her birthright? As a nation, we have failed miserably in providing safe homes, workplaces and commute to women. Now we are silencing those who have taken it upon themselves to fight the wrong.

By now, it is clear that India has its share of Harvey Weinsteins across professions and industries. But those who try to pin down the survivors and silence their voices are also to blame.

All around us, we have people pointing fingers at the survivors of such acts, instead of questioning the accused. Instead of questioning the accused, we try to silence the survivors. (Photo: Twitter)

In Tanushree’s case, her alleged harasser might be a veteran actor, looked up to by his fellow artists and budding actors. But how does it rule out the possibility of him doing something like this?

Women from different social backgrounds, age groups and social classes are being harassed, molested and raped every day in our country. Who will fight the wrongdoers if majority of us are busy questioning the survivors?

If a rape that took place in 2012 in the nation’s capital can send chills down our spines even today, why are we hesitating to believe a woman only because what happened to her was 10 years ago? Does time change the fact that we are becoming increasingly insensitive to the cries of women?

This entire row prominently raises one question among many others — Have we actually turned into a society which makes love behind closed doors, while violence can occur out in the open?